Global peach and nectarine exports to fall in 2021-22, cherries to rise

Overview of Stone Fruits imports in the U.S. market, complemented by charts from Agronometrics. 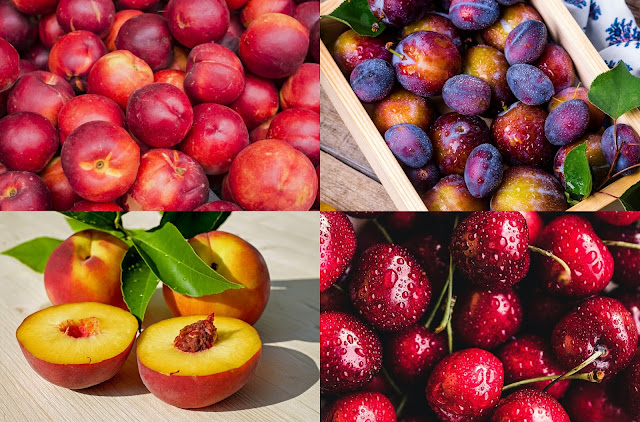 Original published in freshfruitportal.com on September 20, 2021

World peach and nectarine exports for 2021-22 are forecast down despite higher global production, while cherries are expected to continue to trend upwards, according to a USDA GAIN report.

Peach and nectarine exports are projected lower as reduced shipments from China and Uzbekistan more than offset gains from the United States.

Spain and Italy also continue to reduce planted area to further combat over‐supply and relieve downward pressure on prices. Reduced supplies are expected to prolong trends of lower exports and higher imports, with exports down to 175,000MT and imports up to 40,000MT.

Imports are projected up slightly to 33,000MT on higher shipments from Chile at the start of the marketing year.

Turkey production is anticipated to see its first decline since 2014/15, falling 60,000MT to 830,000MT on freeze and frost damage in the major growing regions of Bursa and Izmir. Reduced supplies are expected to lower consumption while higher prices in export markets encourage sustained exports at 165,000MT

Chile production is expected to ease down to 159,000 tons on reduced water supplies, while exports are expected to hold steady at 100,000MT on sustained shipments to top markets the U.S. and China.

For 2021-22, global production is forecast slightly above 4.0 million MT for the first time.

Since 2011-12, fresh cherry production has increased almost 1.0 million tons to 4.0 million in 2020/21, recording only 2 years of decline. Of the 17 producing countries tracked in USDA’s Production, Supply, and Distribution (PSD) database during this period, 11 countries expanded output.

China, Chile, and Turkey top the list with average increases of over 30,000MT per year. However, six countries had output shrink during this period (European Union, Japan, Kyrgyzstan, Serbia, Ukraine, and United States).

Most notably, the European Union was the top producer in 2011-12 but was overtaken by Turkey the following year and has since seen its output drop 16 percent. Turkey has retained its primary position, followed by the European Union and China. China is moving ever closer to EU volumes as it continues to expand and improve its own industry.

The U.S. is the fifth largest producer. With acreage not expanding, U.S. production during this period has ranged between about 350,000MT and 500,000MT due to varying weather and growing conditions.


Historical volumes (in Kg) of Stone Fruits imports, in the US Market 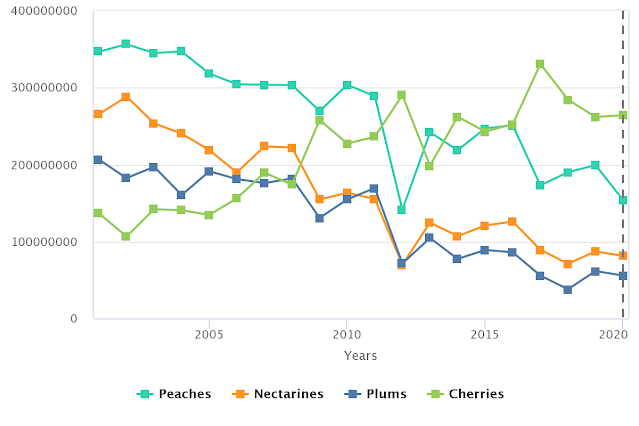