Agronometrics in Charts: Table grape prices and volumes have been higher in 2021 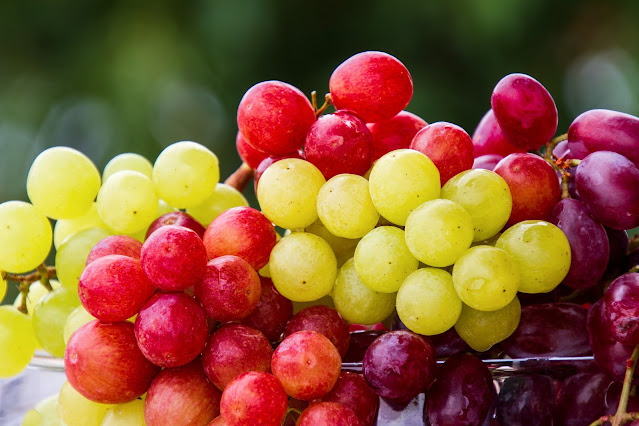 This week we will be taking a look to see how the average prices and volumes of grapes have behaved in the U.S. market, specifically by their origins and varieties.

In the graph below we can see that the prices of conventional grapes in the month of August were US$2.40 per kilogram, a two percent increase year on year. Currently, prices of grapes are only being reported from California.


Average prices of non-organic grapes in the U.S. market (USD/KG) 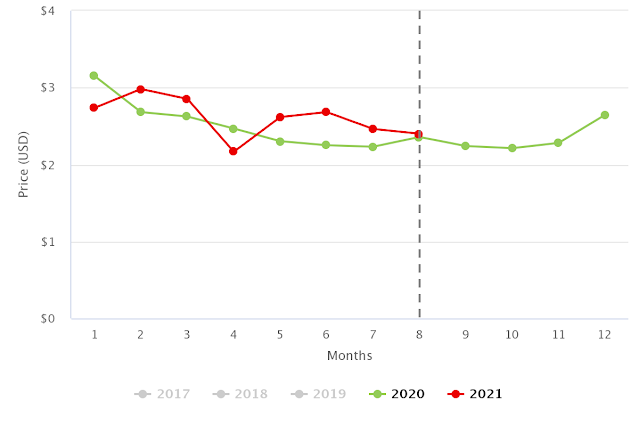 Source: USDA Market News via Agronometrics.
(Agronometrics users can view this chart with live updates here)
Regarding grape volumes in 2021 in the U.S. market, we can see that these have been higher than those of 2020 in the graph below. This is mainly due to the large increase in fruit from Peru in January and April as well as the increase in volumes from Chile between February and March.

Currently, grape supplies are similar to last year. In August, almost 148 million kilograms of grapes arrived in the U.S. market which is two percent higher year on year. 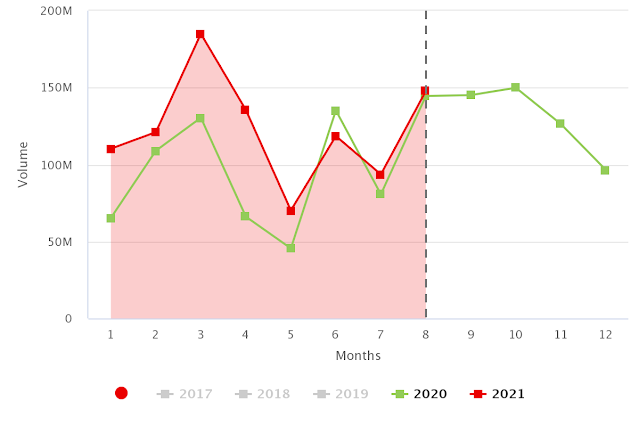 Source: USDA Market News via Agronometrics.
(Agronometrics users can view this chart with live updates here)
Looking at prices by variety, the highest average prices in the last two weeks are reported for the Sugraone variety at $2.78 per kilogram, while the lowest prices were for seedless white grapes with $2.38 per kilogram.


Grape prices in the U.S. market, by variety (USD/KG) 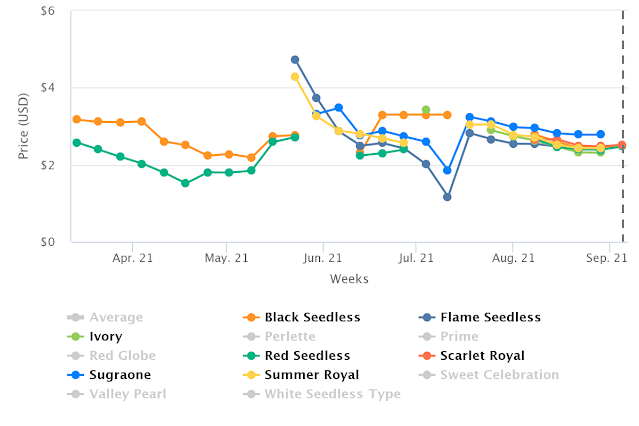 Source: USDA Market News via Agronometrics.
(Agronometrics users can view this chart with live updates here)
When low prices occur, despite lower volumes which break with the model of supply and demand curves, the first hypothesis that comes to mind is of a change in consumer tastes or a change in consumption from some fruits to others.

We will have to wait and see what happens in the future to grape prices, which will depend mainly on supplies from California, which are the only source of grape volumes until a new season begins in Peru.