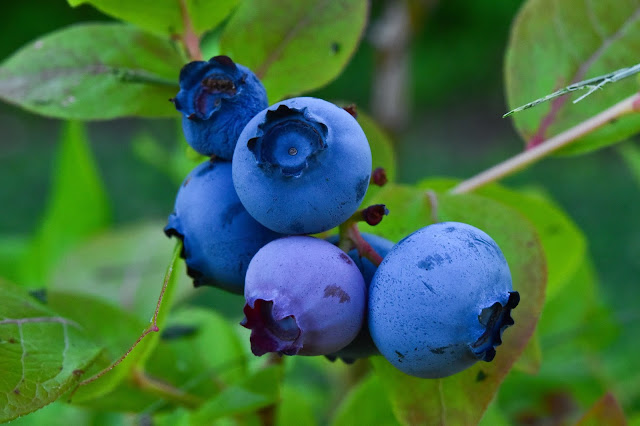 This week in "In Charts" we will take a look at how average blueberry prices and volumes have been doing in the U.S. market, specifically by type (conventional and organic) and origin.

Average blueberry prices in the U.S. market this year have followed the regular curve but have had higher prices year on year. Marked differences have been seen between weeks one and seven, weeks 13 and 18 and now between weeks 32 and 36.

Prices are higher despite the fact that in these last weeks, blueberry imports in the U.S. saw a 35 percent increase in value year on year.

The graph below shows that conventional blueberry prices in week 36 were US$7.74 per kilogram, a 51 percent increase year on year. Currently, prices of blueberries from Canada, Michigan, Peru, Washington and Oregon are being recorded.


Average prices of conventional blueberries in the U.S. market (USD/KG) 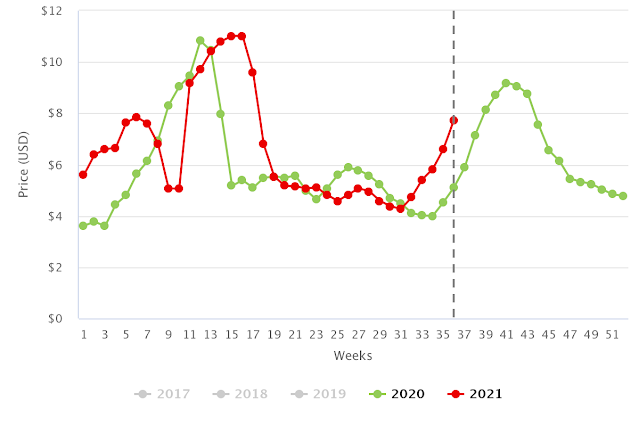 The average prices of organic blueberries in week 36 were US$11.32 per kilogram, a 24 percent increase year on year. Currently, prices are being recorded from Peru, Washington and Oregon.


Average prices of organic blueberries in the U.S. market (USD/KG) 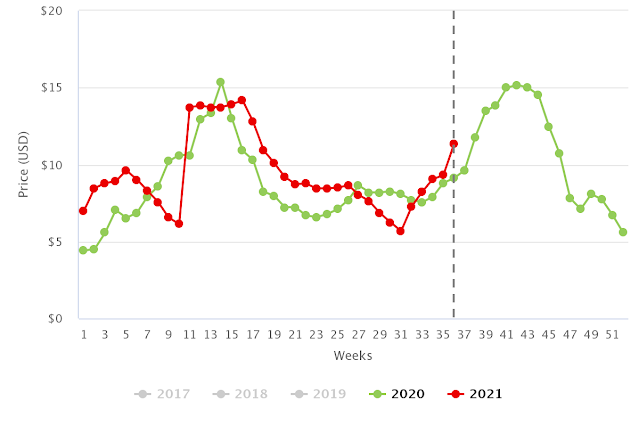 Source: USDA Market News via Agronometrics.
(Agronometrics users can view this chart with live updates here)
Blueberry volumes have been higher this year than last between weeks 31 and 34, as is shown in the following graph. Despite this, prices for the fruit have remained on the rise and higher than those of last year. This increase in volume has occurred mainly in conventional blueberries. 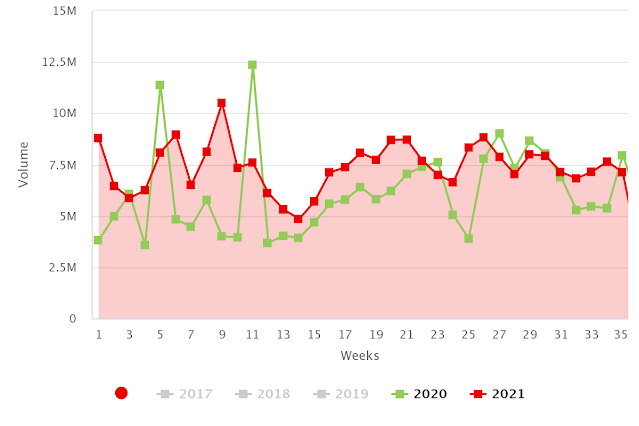 Source: USDA Market News via Agronometrics.
(Agronometrics users can view this chart with live updates here)
We'll have to wait and see what happens in the future with prices when the Southern Hemisphere (Argentina, Peru and Chile) and Mexican seasons are taken into consideration.

If you would like more information about the global blueberry industry, we invite you to take a look at this study done by the International Blueberry Organization (IBO).