"Within a month, Mexico will be the only game in town"

Overview of the avocado supply by Keith Slattery of Stonehill Produce Inc., complemented by charts from Agronometrics. 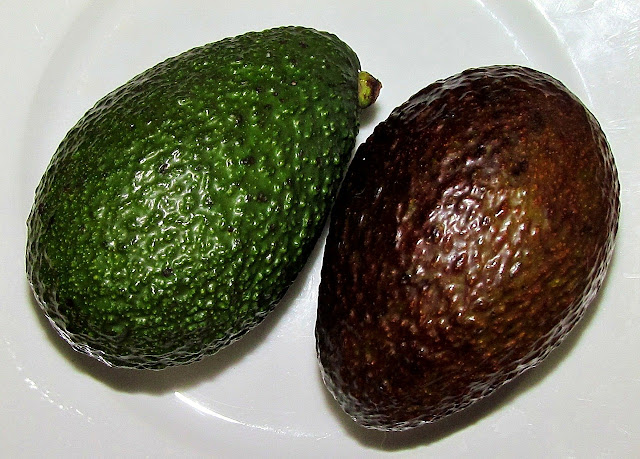 Original published in FreshPlaza.com on August 24, 2021

As growing regions wind down for their avocado seasons, the focus will turn to sizing and pricing of avocados.

Domestically, California is slowly wrapping up its avocado production. “They’re about 95-96 percent done with the estimate,” says Keith Slattery of Stonehill Produce Inc. in Capistrano Beach, CA. “We’ve got about three to four weeks left.” He notes that this week, projections are for 6-7 million lbs. of fruit to move and then next week, 5 million and continuous weekly tapering down from there.

Offshore, Peru is in the same position. “There are about three to four weeks left there as well. So within a month, Mexico will be the only game in town,” says Slattery.


Origins (Volumes in Kg) of avocados in the US Market 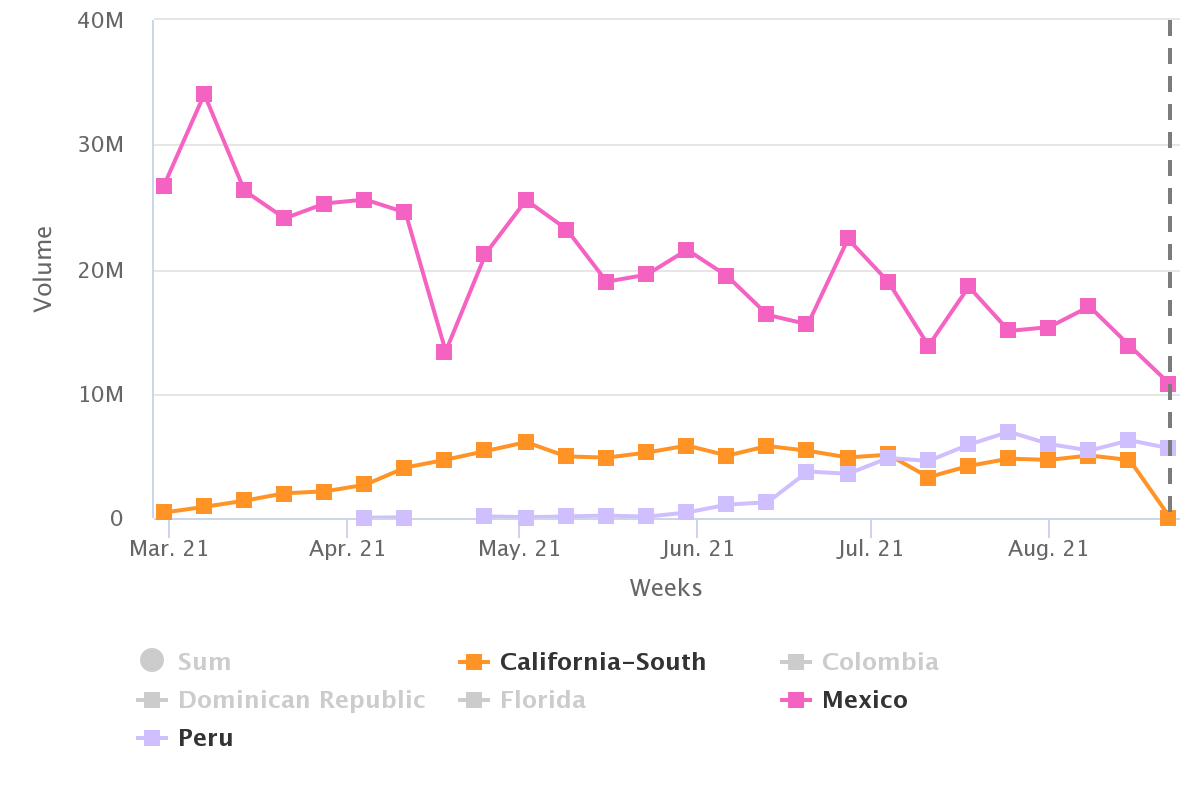 That said, it’s a different year for Mexico than last season. “The fruit on the trees are a lot smaller this year for a few reasons,” says Slattery. “Last year’s crop was really heavy. The weather in Mexico has been a huge factor as well. It is the rainy season but they need the sunshine for the fruit to grow and they haven’t had the heat yet.”

He adds that generally the demand for size 48s is approximately 34 percent of the industry and the pack outs right now are only running at about 18 percent. “It’s basically depleting industry inventory now and within two weeks, there are no options. It’s either take a smaller size or you’re not going to have product,” he says, noting that this is the biggest challenge right now--getting the industry to accept the smaller sizing.

Meanwhile demand has been fairly strong for avocados and hovering in the low 50 million lbs./week. “We got as high as close to 60 million lbs. but even with the price, demand is surprisingly and relatively high,” says Slattery.

Indeed pricing has seen a fair amount of volatility within the last three to four months. Right now 48s are at about $65, 60s at about $50 and 70s at $30. “There’s a huge price difference right now which will force people into those smaller sizes,” says Slattery.


Price (in USD) of avocados in the US Market 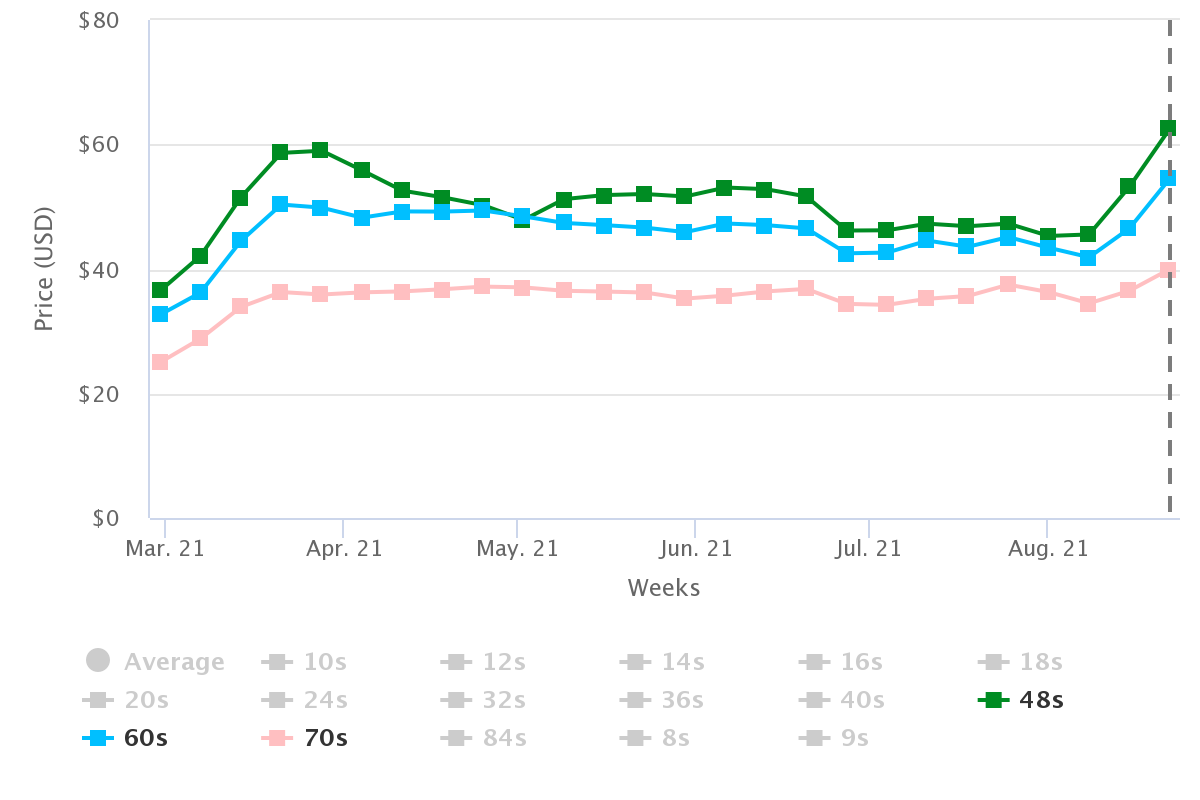 However prices are likely to strengthen when Mexico becomes the sole supplying country.


Price (in USD) of avocados from Mexico in the US Market 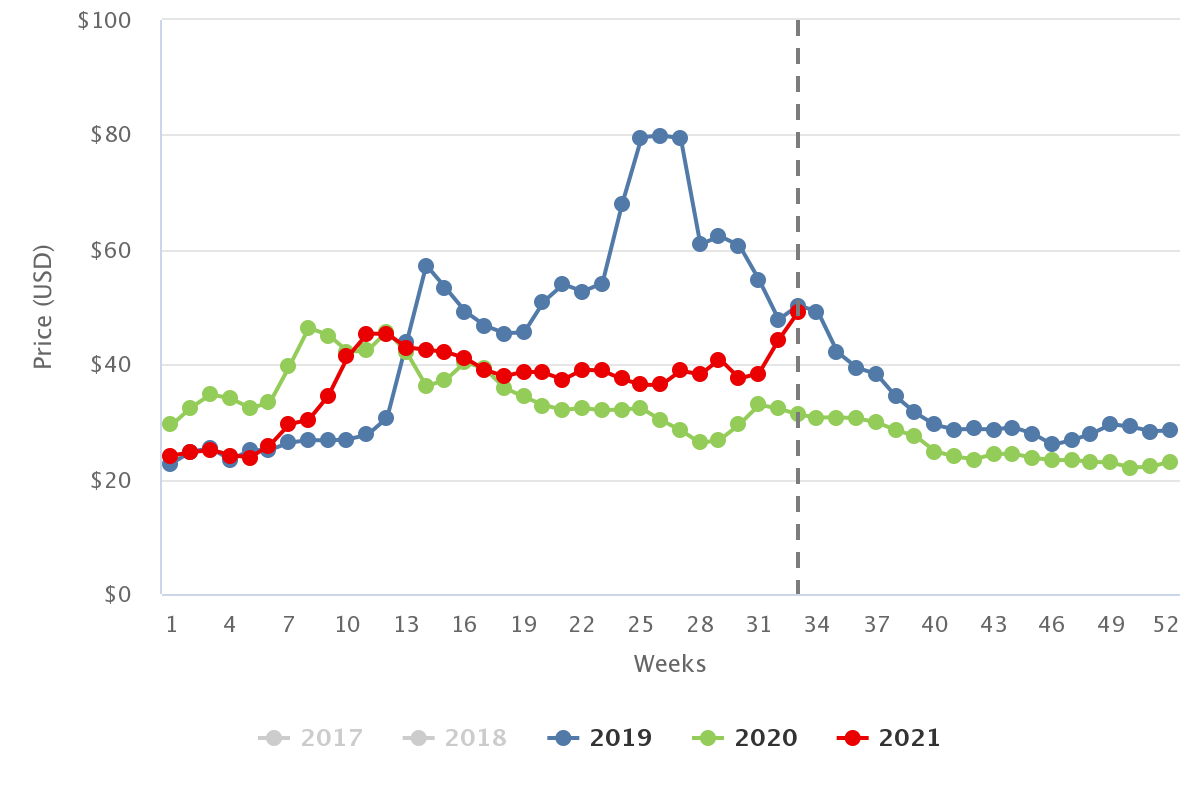 “In a few weeks, we could see upward of $80 for 48s and I wouldn’t be surprised if we saw 60s in the $60-$65 and 70s closer to $40,” says Slattery. “The hard part for the packers is they’re paying 65-70 pesos/kilo and with such a small pack out on the 48s and 60s, they have to raise that price. It’s not working for their price model. We’re projecting that three weeks from now when Mexico is in control that we may see 80-85 pesos/kilo which is going to keep prices high.”

He does add that sizing will catch up on avocados but that’s still likely four to five weeks away. “We may be dealing with the size issue for the next month to two months. They need to catch up and until that happens, I don’t see any price relief in sight,” says Slattery.