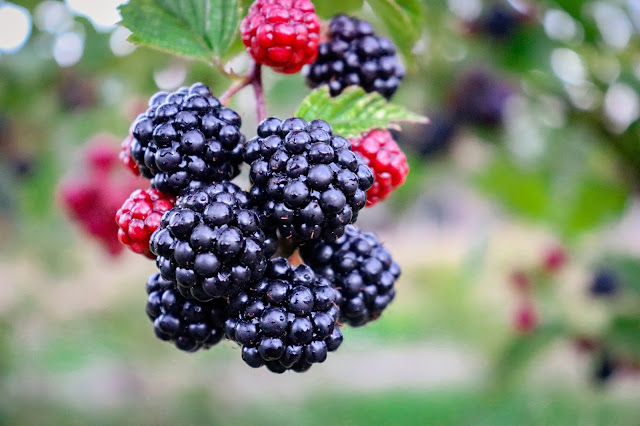 This year, blackberry prices in the U.S. market began much higher than those reported last year despite the fact that the volumes of fruit remained relatively constant. The differences between the two years reached 187 percent, in favor of 2021. The prices of week 15 this year saw a historical maximum of US$22.10 per 12x6 container, which can be seen in the following graph.

These high prices can mostly be attributed to the increasing demand for blackberries and berries in general due to increased consumption of fruits rich in vitamin C and antioxidants as immune system boosters amid the Covid-19 pandemic.

However, prices began to significantly decrease until week 21 and then stabilize until week 27, where they began to rise until week 30. The curious thing is that this occurred when less fruit was sent from Mexico to the U.S.

After this, prices began to free fall which happened until last week and continued without stopping. Looking at the graph below, we can see that in week 33 of this year, the average blackberry prices were around $8.98 per container, showing a 51 percent decrease year on year. 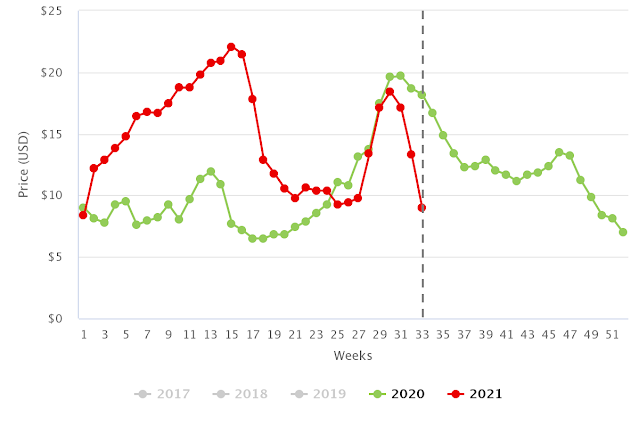 If we look at the graph below, in relation to blackberry volumes in the U.S. market, you can see that they have remained quite similar when comparing 2021 with 2020, as we have already mentioned. 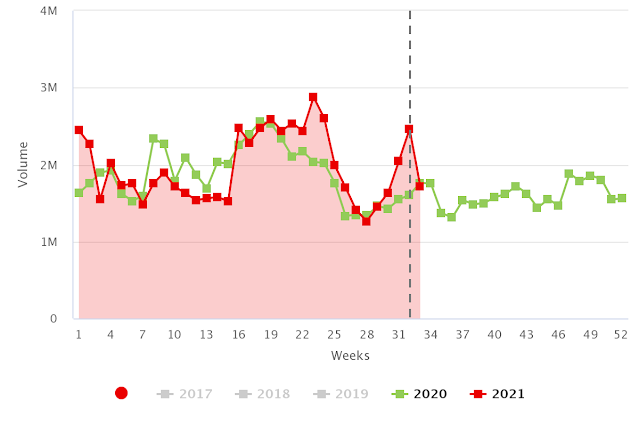 This volume surge is due to increased shipments from Mexico, California and Guatemala. We will have to see what happens to future prices as Guatemalan and Californian seasons begin to wind down while Mexico starts again in a significant way.