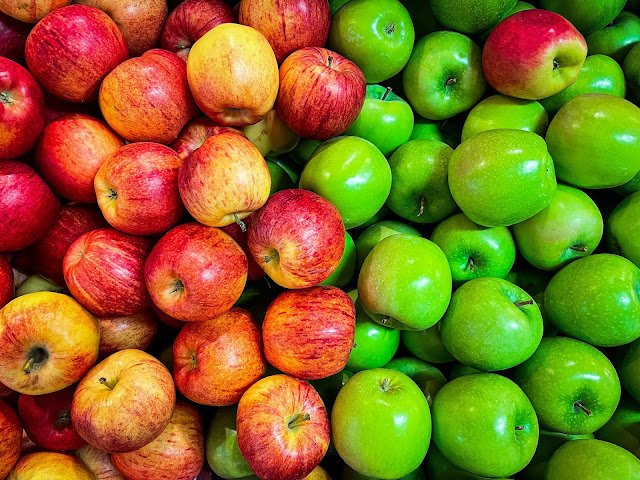 Apples in the U.S. market are seeing high prices which started October 2020 and have continued to July 2021. This may be due to a decrease in harvests in areas that export to the North American market, created primarily by climatic problems.

Among the origins that recorded lower export volumes are Washington, Chile, Michigan, Appalachia and New Zealand.

As can be seen in the graph below, in July of this year the average prices of apples in the U.S. market were US$1.63 per kilogram, a 22 percent increase year on year.


Prices of apples in the U.S. market (USD/KG) 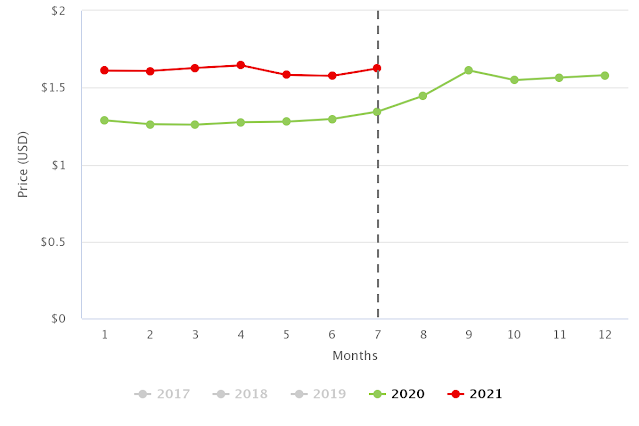 Regarding apple volumes in the North American market, between January to July of this year, volumes reached over 1.6 million metric tons (MT), an 11.4 percent decrease year on year as is shown by the graph below. 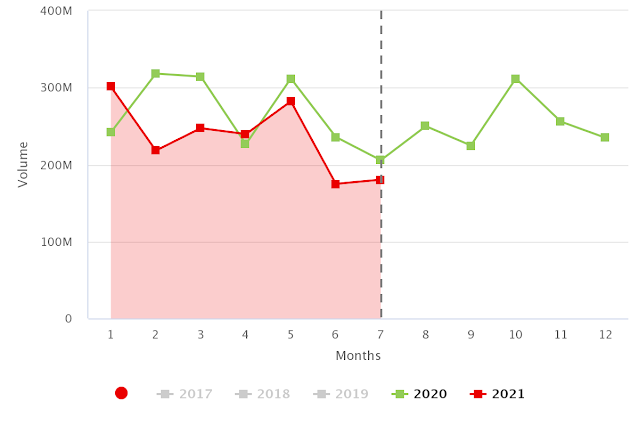 Much of the difference in volumes year on year come from Washington, which saw a 10.7 percent decrease year on year and came to a bit below 1.4 million MT.

We will have to wait and see what happens to market prices as they have been quite stable for the last 20 years, but are still sensitive to significant volume variations. We also have to see how Washington fares after the heat wave that has hit several producing areas in North America.