Overview of Peruvian clementines exports, complemented by charts from Agronometrics. 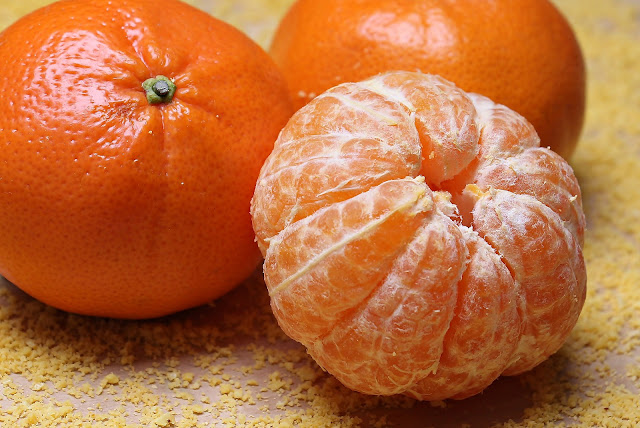 Original published in FreshFruitPortal.com on July 01, 2021

Peruvian mandarin exports are seeing a notable increase in volume as well as in value so far this season, with both rising by at least a quarter compared to the 2020 season.

Up until June 20, Peruvian early variety mandarin exports totaled over 54,000 metric tons (MT) at US$61 million, according to Agraria. This shows a 25 percent increase in volume and a 30 percent rise in value year-on-year.

It's estimated that in July, mandarin exports could reach over 62,000MT at $71 million, which would mean a growth of 31 percent in volume and 35 percent in value year-on-year, the publication reported.

Peruvian mandarin offerings include early varieties such as satsumas and clementines, as well as later kinds like hybrids. Early variety mandarins are usually exported between the first week of April and the second week of July. The season normally ends in October.

Peruvian exports of satsuma and clementines to the U.S. totaled over 14,000MT at $19 million with shipments falling eight percent in volume and remaining similar in value. Despite the decrease in exports to the U.S., it remains the main destination for early variety mandarins with a 26 percent share. 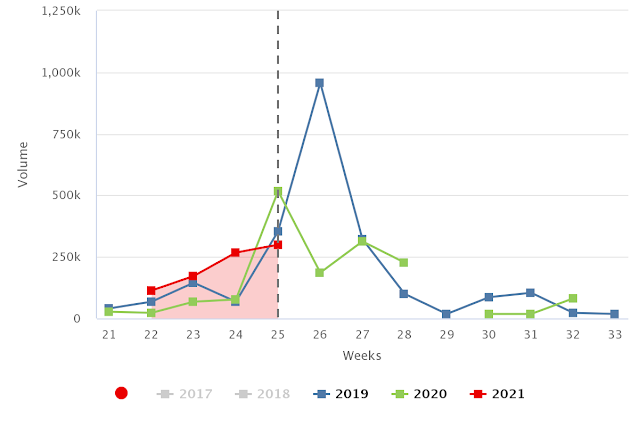 The UK is the second most important destination for mandarin exports of early varieties with a 22 percent share. Exports reached over 10,000MT for $12 million, a 15 percent increase in volume and an 18 percent rise in value year-on-year.

Peruvian exports of late variety mandarins to the Netherlands grew 68 percent in volume and 72 percent in value, totaling over 5,000MT for $9 million.

Canada saw a decline in volume and value year-on-year, 22 and 24 percent less, respectively. The country holds a nine percent share of Peruvian satsuma mandarins and clementines, a six percent decline from last year.

After the early mandarin season, the late varieties follow between June and September among which Murcott, Nadorcott and Malvaceo stand out.

The main destinations were China, with a 37 percent share and the U.S. at 34 percent. 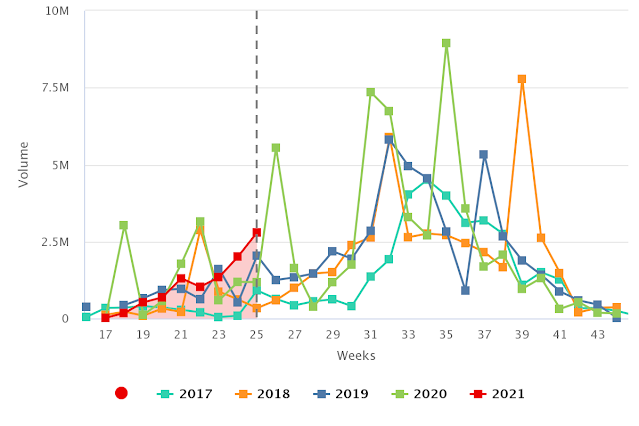