Overview of the mandarin supply by Mercedes Saraceni of San Miguel Global, complemented by charts from Agronometrics. 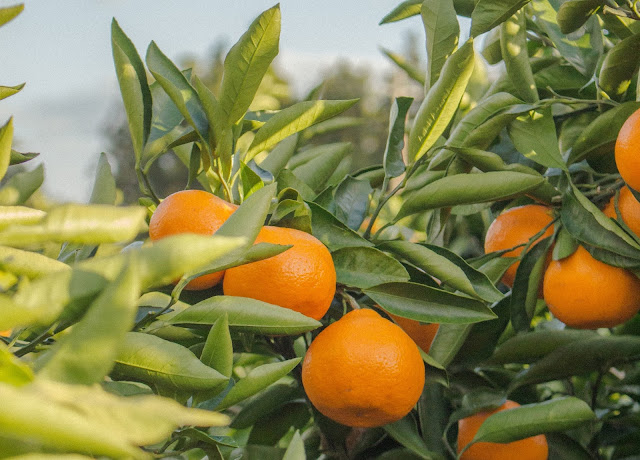 Original published in FreshPlaza.com on July 07, 2021

Supplies of both domestic and imported mandarins are ample at the moment, making for a tough market.

Currently Clementines and Novas are largely being exported to the U.S. from South Africa, Peru and Chile. “In the U.S. there is a lot of fruit, not only from the Southern Hemisphere--mainly from Chile and Peru--but also a big late mandarin crop from California,” says Ignacia Junqueira, product manager, mandarin for San Miguel based in Argentina. San Miguel started its crop in mid-April and is currently working with late mandarins from Peru, Uruguay and South Africa. It’s expected to ship until the beginning of October.


Volumes (in Kg) of tangerines imports in the US Market 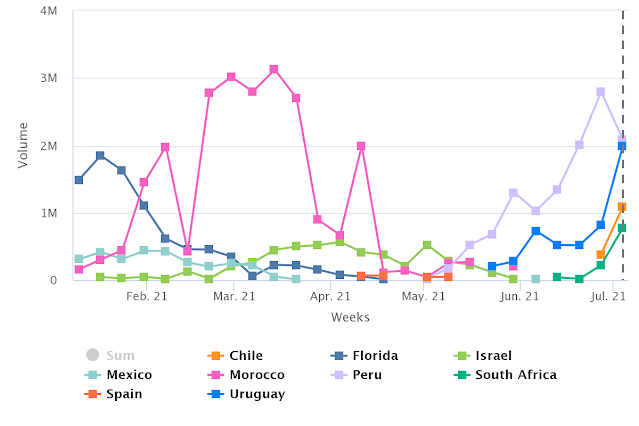 “In 2020 there was a shorter harvest in California giving a good window for imports. This year we are seeing a longer harvest period with fruit from California, making the market more complex. Nevertheless, looking the year as a whole, we expect slightly more imports from the Southern Hemisphere than last year, focused mainly in late varieties like W. Murcott,” says Junqueira.

To focus more on the U.S. market, this year San Miguel doubled its exports of mandarins over last year, an achievement that was largely driven by premium programs from Peru and Uruguay. “Since 2018, San Miguel has increased its volume of soft citrus by 35 per cent, reaching a sustained total export volume of 37 000 tons. Especially in Tango and W.Murcott from Peru, as well as mandarins from Uruguay, where we use practices such as netting in order to avoid the appearance of seeds,” said Juan Martín Hilbert, fresh fruit commercial director in San Miguel.

However those supplies are arriving into a U.S market that looks very different than last year’s--namely, California’s volumes continuing to be available until the end of July. “The California supplies are pushing more stock into retailers in the USA, promoting healthier sales of the W.Murcott variety that is the most appreciated by the consumer,” says Junqueira. “The taste of the fruit is amazing and leaves a good impression for the category as we switch to imports. That can provide support for stronger sales as the season transitions.”

Also competing with soft citrus fruit are other popular seasonal fruit such as cherries. “A record-breaking crop of cherries in the northwest will provide competition in the U.S. market for imported mandarins,” says Junqueira. “On the other hand, super high freight costs from the west to the east is affecting the returns for growers in the west, trying to avoid shipping too much fruit to the north east.”

While the availability of fruit is increasing, so are consumers tastes. “A more demanding consumer is seen today, so it is expected that in the future all mandarins will have to be easy peeler and seedless in order to compete in the market,” says Junqueira.

As for pricing, Junqueira notes it’s under pressure in all markets, but especially in the U.S. due to the extended California crop. “This causes prices to be lower than the previous year,” says Junqueira.


Price (in USD) of tangerines in the US Market 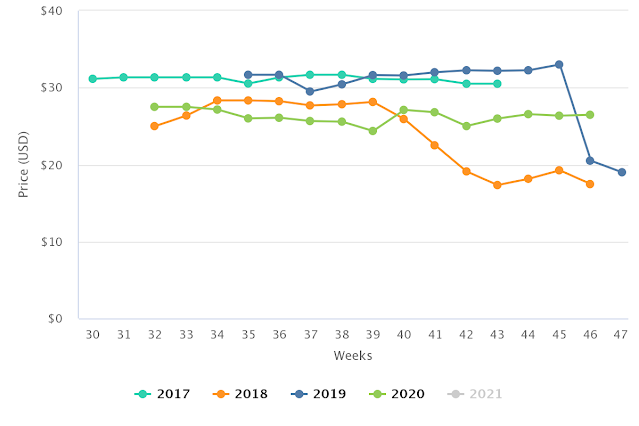 Looking ahead though, for the next few weeks heavy volumes are expected from all growing regions. “The key will be to carry out promotions to control the level of stock to keep prices stable,” says Junqueira. “The key for San Miguel is to fulfill our commitments with our customers and guarantee the fruit for the retailers.”