Growers walking away from blocks of cherries following heat wave

Overview of the cherry season by Dan Davis of Starr Ranch Growers, complemented by charts from Agronometrics. 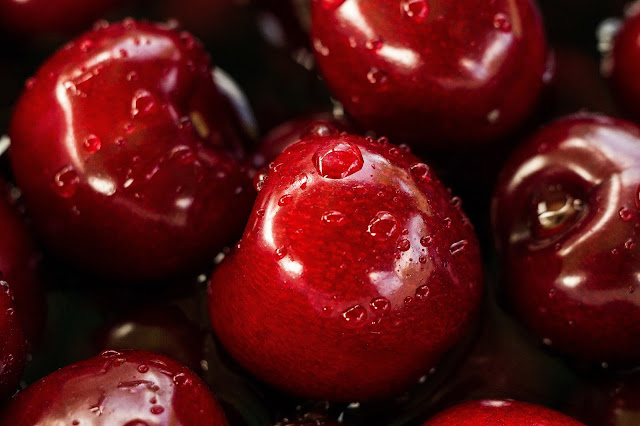 Original published in FreshPlaza.com on July 08, 2021

“On cherries, it has had some pretty large impacts,” says Dan Davis with Starr Ranch Growers based in Wenatchee, WA. “We’re having to walk away from several blocks of cherries where the maturity isn’t right. It’s hurt fruit size and making many blocks unmarketable.”


Volumes (in Kg) of cherries from Washington in the US Market 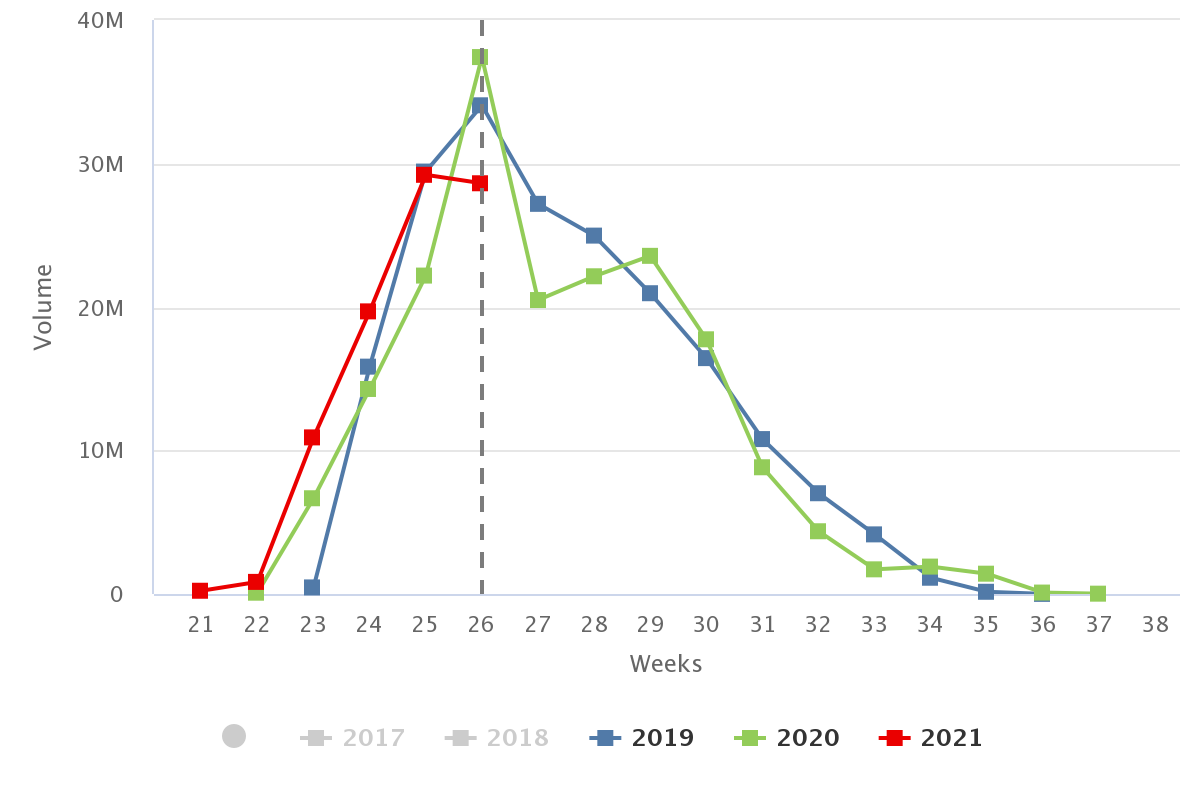 While the heat is affecting the cherries, the market situations for the popular stone fruit have compounded the situation. “We inherited a market where we were overlapping with California and getting a lot of downward pricing pressure so it’s made a lot of this fruit unmarketable,” says Davis.


Price (in USD) of cherries in the US Market 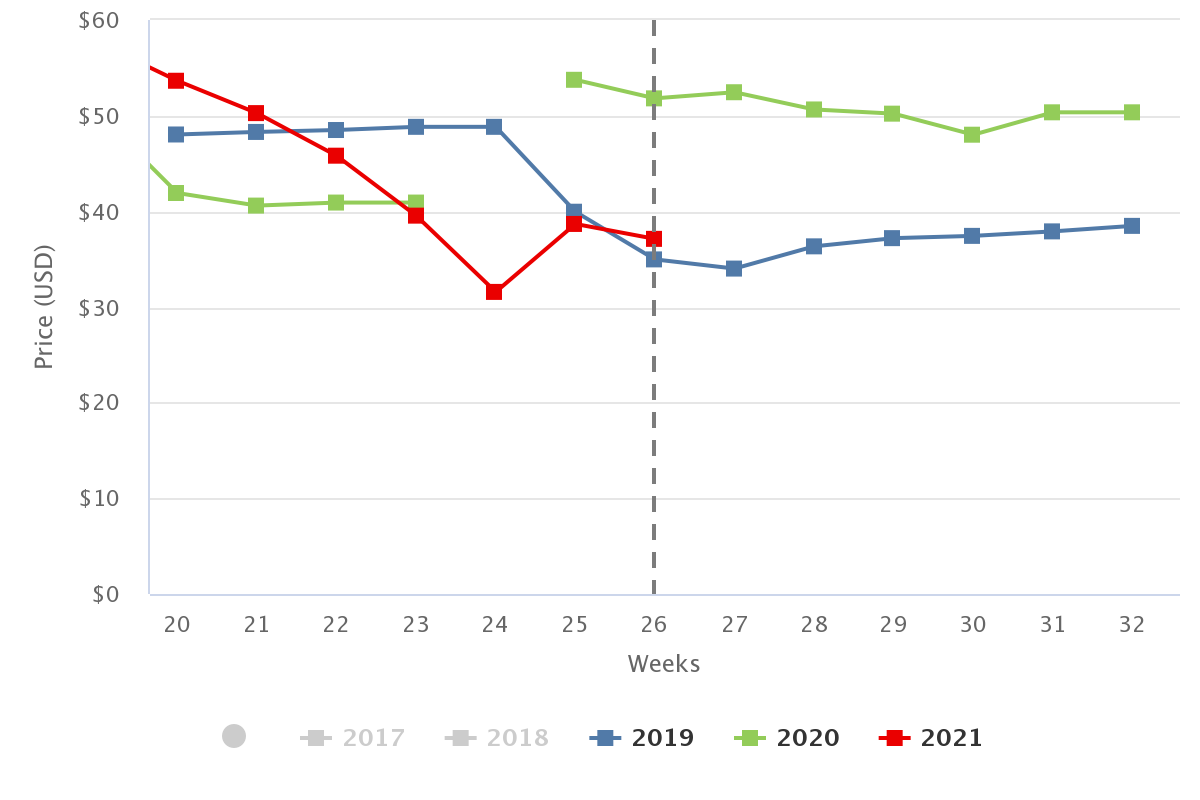 Prior to the heat wave, the crop had been a good-sized one with strong fruit quality coming off the trees. “We were reaching the stage where we were gaining some momentum and finally starting to see some benefits coming out of the overlap with California. But this has derailed much of that,” says Davis.


Origins (Volumes in Kg) of cherries in the US Market 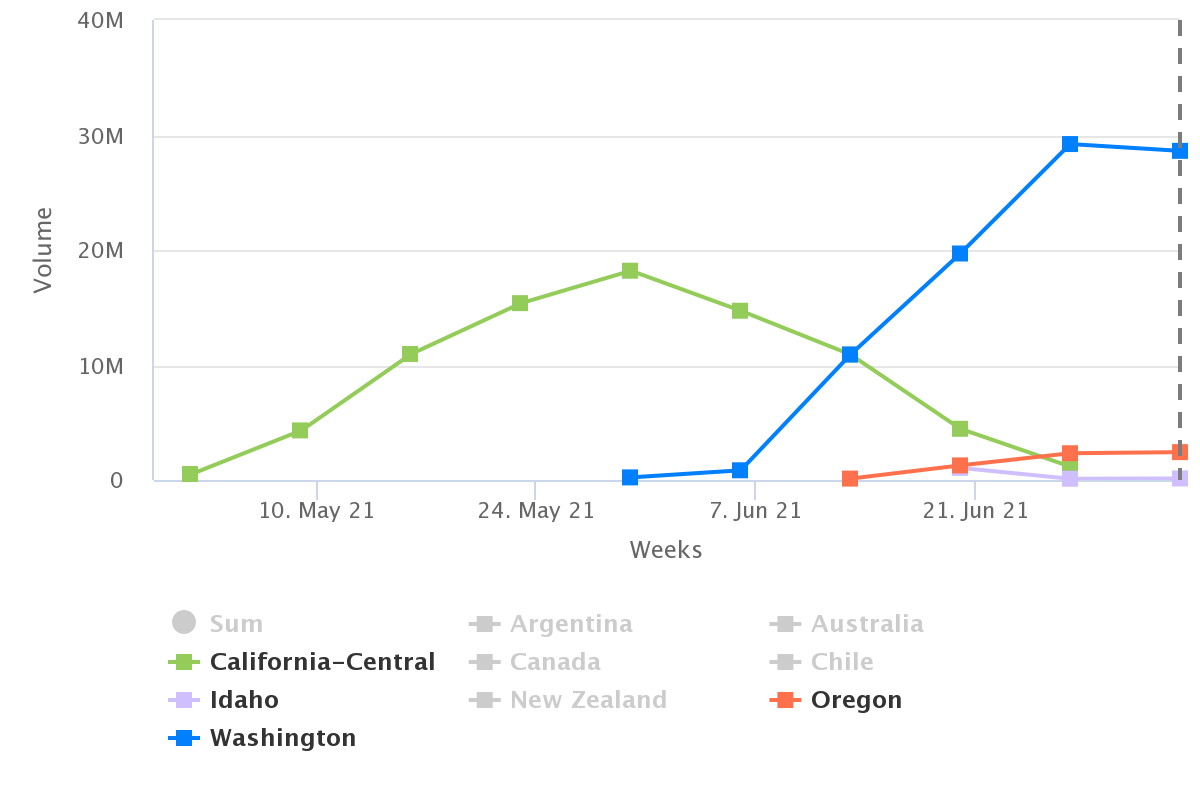 While heat mitigation efforts were put in place--some orchards were shade crop orchards and Starr Ranch also had portable hydrocoolers push the heat out as quickly as possible--the unprecedented nature of this heat wave meant the effects were still seen on the fruit. “We believe in this next window of seven to 10 days, we’ve lost between 40-50 percent of the crop we’d intended to harvest,” says Davis. “What we don’t know about are the blocks that are quite far from harvest and what the impact is on those blocks.”

Overall, Davis says it still has four weeks of cherry availability left, albeit more scarce availability. However, optical sizing technology on packing lines ensures the quality of the fruit that is packed.

That said, Davis notes that recent demand over the 4th of July weekend wasn’t the spike in sales Starr Ranch had anticipated. “A lot of our retailers are attributing that to life opening back up--one retailer phrased it as ‘eat at home fatigue’ so it’s a return to foodservice and restaurants and eating out over the holiday rather than the typical holiday barbecues,” he says. For the rest of the season though, with more limited availability, a more profitable market, especially for retailers, is anticipated based on strengthening pricing.

Looking ahead at apples, Starr Ranch also began evaluations on the upcoming apple crop following the heat. It’s earliest varieties are still four to five weeks away from harvest, though more significant harvest will begin in the last week of August and the first week of September.

“Right now it looks like the heat will inhibit fruit size,” Davis says. He notes that there are better heat mitigation tools including overhead cooling for apples, and that apples are still between six to seven weeks away from the heart of harvest. “But with these temperatures,the trees have gone into self-preservation mode and that will have an impact likely on fruit size. Generally smaller fruit fills less bins and boxes so we’ll probably be a bit shorter crop than we thought overall and probably be half to a full size down on the apple side.”

The heat has also pushed along the maturity of the fruit and that could also speed up the start dates of harvest by two to four days, depending on what happens weather-wise for the rest of this month and into August.

There’s a particularly close eye on the high-value Honeycrisp crop, which is prone to bitter pit following heat. “We’re very hopeful in our Honeycrisp holdings--most of them are in our coolest sites. We are keeping our fingers crossed that we’re insulated from the heat effects because we don’t grow that many in the hottest districts,” says Davis.