“Retailers need to get used to selling cherries for at least $2.99/lb”

Overview of the upcoming Washington cherry season by Dan Davis of Starr Ranch Growers, complemented by charts from Agronometrics. 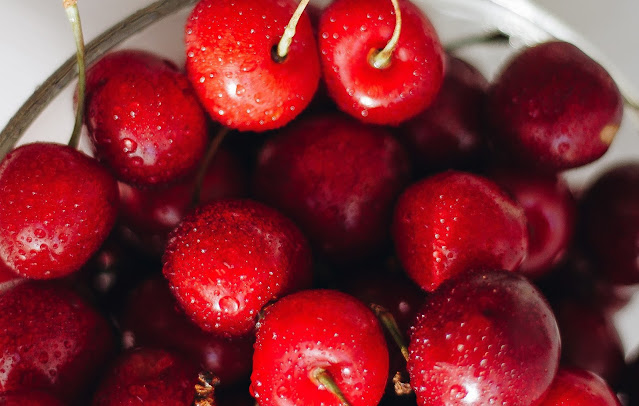 Original published in FreshPlaza.com on June 02, 2021

Washington’s cherry season is here. “We have some minor oddball varieties that are being picked now already, but harvest of larger volumes will start this Friday, June 4,” says Dan Davis with Starr Ranch Growers. “From there, harvest will ramp up pretty quickly and by the middle of next week the lines will be running full shifts.” The one-week overlap with California’s season is expected to have a minimal effect. 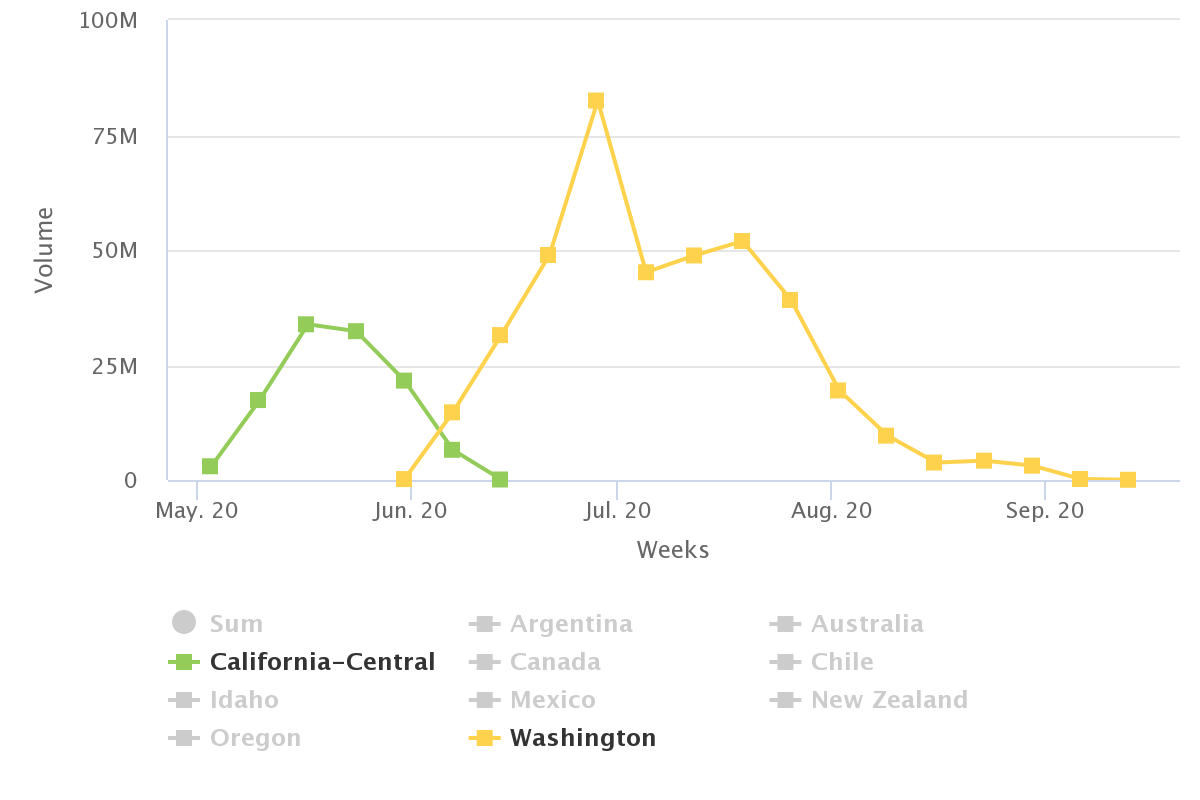 Washington state is looking at increased production compared to last year. “Although we are expected to have a good crop, it will be nowhere near record volumes,” commented Davis. “If anything, there will still be a bit of scarcity.” In the most recent second crop update of Northwest Cherries, estimated volume showed a six percent downward trend from the first forecast. The state now expects to harvest 22.37 million boxes. “That downward trend will continue, in particular for the front half of the season,” Davis shared. The state was hit with frost during bloom and following the frost, it seems the trees haven’t come along as well. “This leveled out the production peaks and as a result, we expect to have fairly consistent supplies throughout our harvest time frame.”


Volumes (in Lb) of cherries from Washington in the US Market 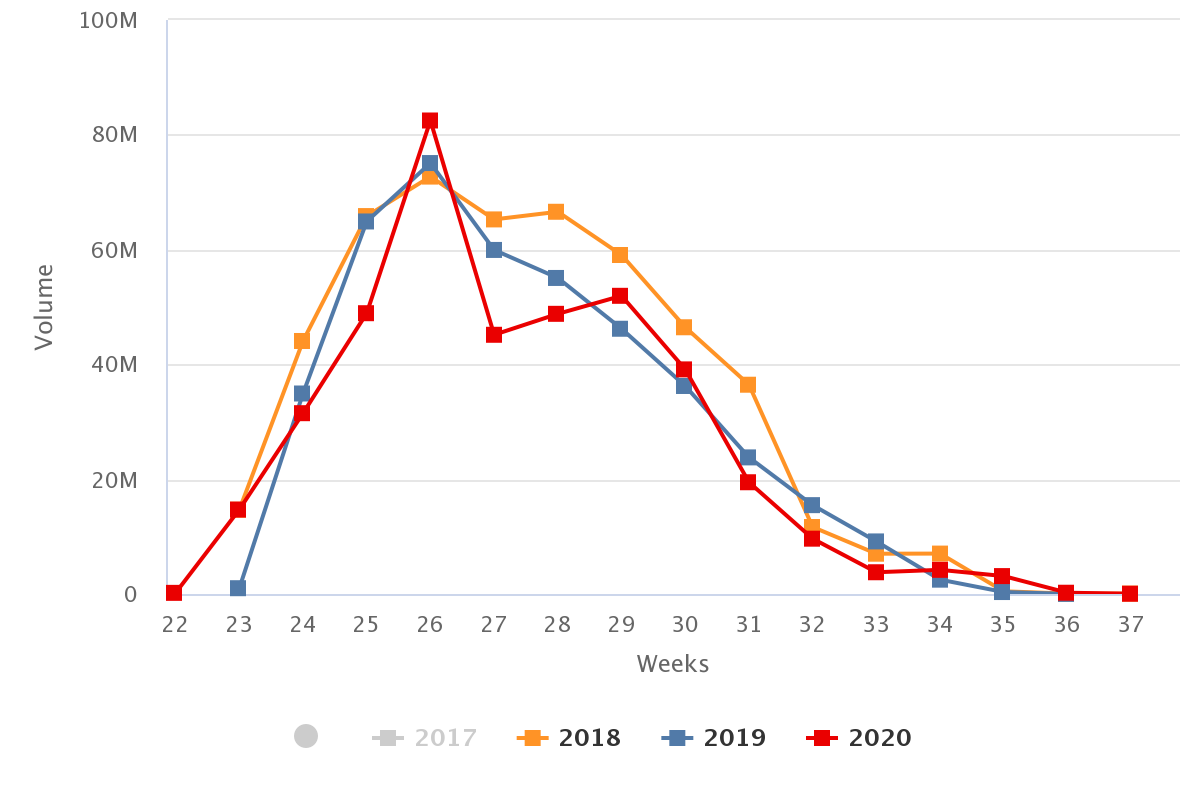 What are the expectations on pricing? Davis anticipates pricing to remain strong. “One of the lessons we learned from last year is that cherries don’t require a discount to move well,” he commented. “Certainly, the economics require pricing to be increased as the cost of growing cherries has gone up tremendously in the past two to three years.” Labor is just one of the costs that has gone up. With a minimum wage of $13.69 per hour, Washington’s average wage rate is the highest in the nation. Nevertheless, it continues to be a struggle to get domestic workers. As a result, Starr Ranch brings in guest workers. “The guest worker pay is based on an Adverse Effect Wage Rate, which is $16.34/hour,” commented Davis. This does not include costs for travel, accommodation, etc.

In addition to labor expenses, the costs of supplies like cardboard, pallets, and packaging have gone up dramatically as well. “All in all, we are faced with a 30 percent higher cost to put a pound of cherries on a truck. To keep cherries a viable crop, retailers and consumers in the domestic market will have to get used to paying at least $2.99/lb. for quality cherries.


Price (in USD) of cherries from Washington in the US Market 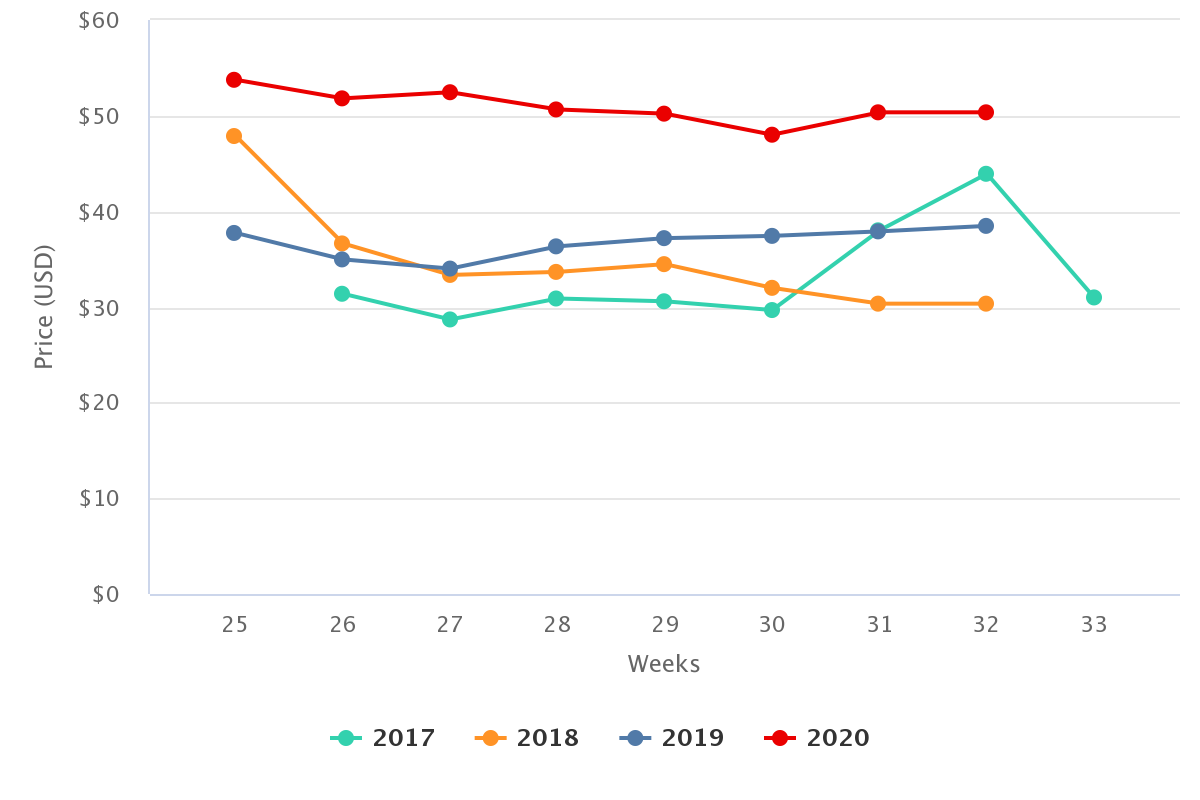 In an average year, Starr Ranch exports between 25 and 35 percent of its total cherry volume to its main offshore destinations Japan, Korea, Taiwan, and China. However, this year, the company expects exports to trend towards the lighter side. “With increased costs for shipping, reduced reliability, and delays, we need to be very careful with exports. It is a difficult game to play. We’ll do a lot less export if the domestic market is robust.”

Despite the reality of higher growing costs, the industry is optimistic about this year. “Last year was such a trial and we are looking forward to a good season with fantastic eating quality cherries,” Davis concluded.