Plenty of Mexican mangoes though sizing is predominantly small

Overview of the Mexican mango season by Rodrigo Diaz of Diazteca, complemented by charts from Agronometrics. 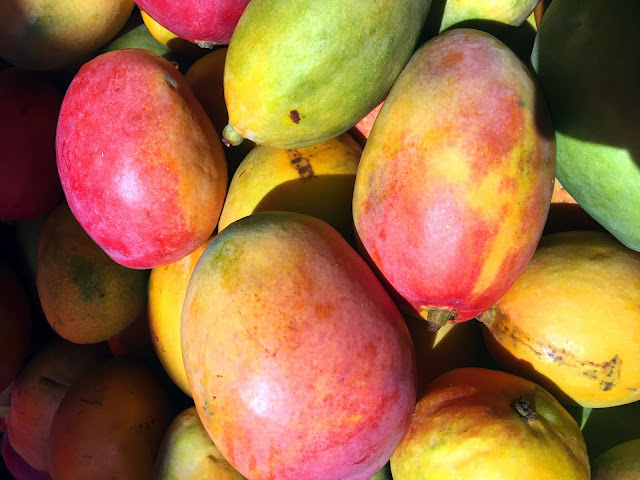 Original published in FreshPlaza.com on June 04, 2021

Supplies of Mexican mangoes are steady, though size and color are of note.

Rodrigo Diaz of Rio Rico, AZ-based Diazteca says that as of June 1, 32.4 million cases of mangoes crossed from Mexico. This compares to last year’s 31.3 million cases at this time. Mangoes are currently coming from Nayarit, southern Sinaloa and Jalisco. Michoacán is also in production but that will wrap up in about two weeks, which means the region is producing predominantly riper fruit.


Volumes (in Kg) of mangoes from Mexico in the US Market 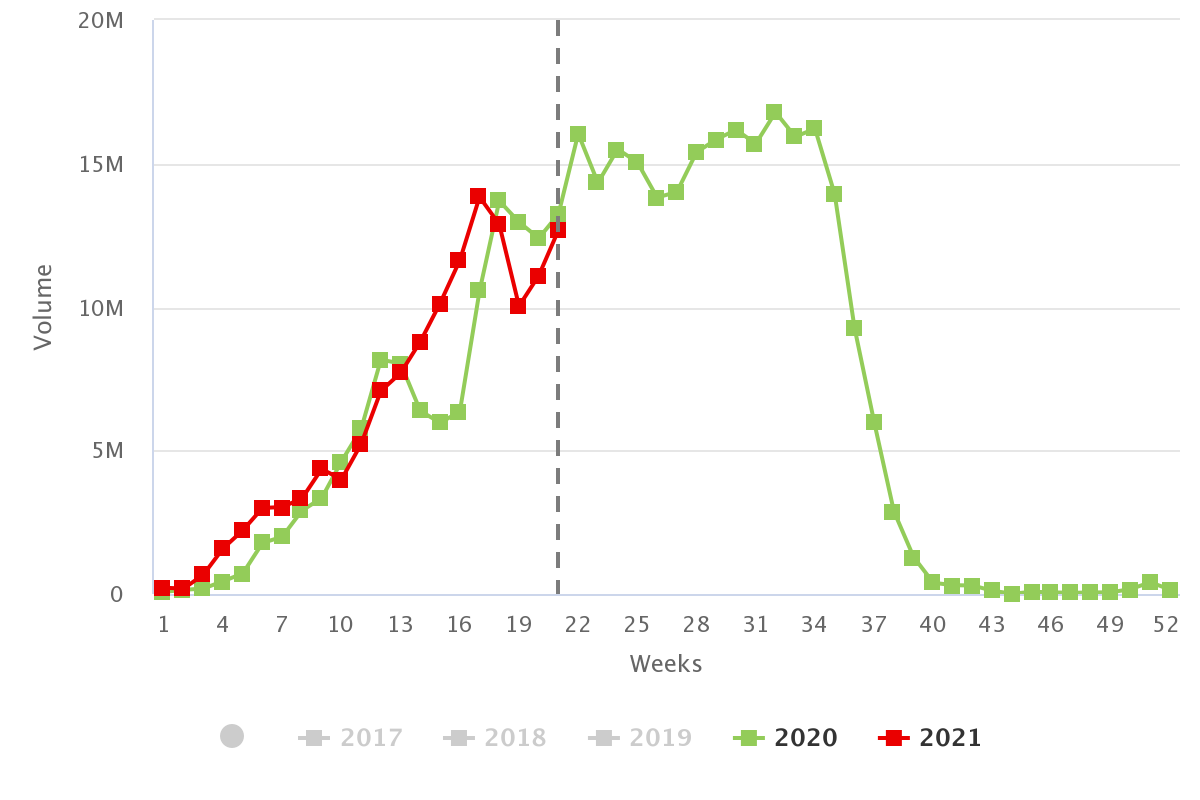 “The largest percentage of mangoes available are Tommy Atkins. It’s the peak of the season,” says Diaz. “But prevailing sizes are smaller--12 counts in a 4 kilogram standard box. There’s very few large mangoes.”

The predominantly smaller sizing is due to colder temperatures in Mexico. However significant drought is also playing a critical role. “Approximately 90 percent of Mexican mango production is rain-based. The country’s production has about 10 percent on irrigation,” says Diaz, adding that Diazteca’s mango fields are 80 percent irrigated by micro-aspersion systems. “So when there are weather issues, it affects the size of the fruit and the price on the smaller sizes.”

Those weather conditions are also delaying the season by two to four weeks in harvesting, which in turn could affect the grower producer’s intent to produce flavorful--not just well-colored and good-sized--fruit. “Growers are having to harvest greener fruit because the cold weather has not allowed the fruit to ripen and develop on the tree. And we’re worried about the experience of consumers. Hopefully now that the warm weather has arrived, we expect to have better flavor for the next two months,” Diaz says.

Meanwhile demand has been unpredictable. “Demand is steady but it’s a roller coaster of ups and downs,” says Diaz, adding that foodservice reopening won’t affect mango demand much given it accounts for between three to five percent of mango demand.

And where does all of this leave pricing? Lower than last year.


Price (in USD) of mangoes from Mexico in the US Market 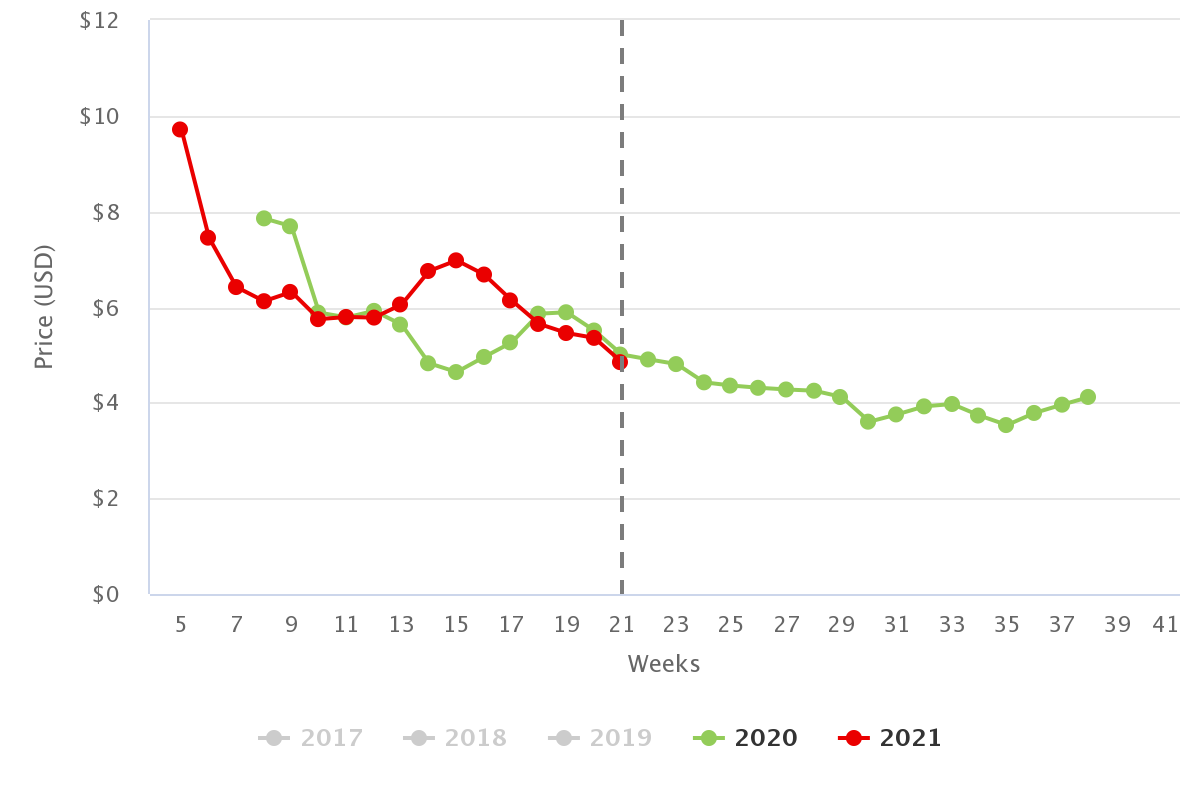 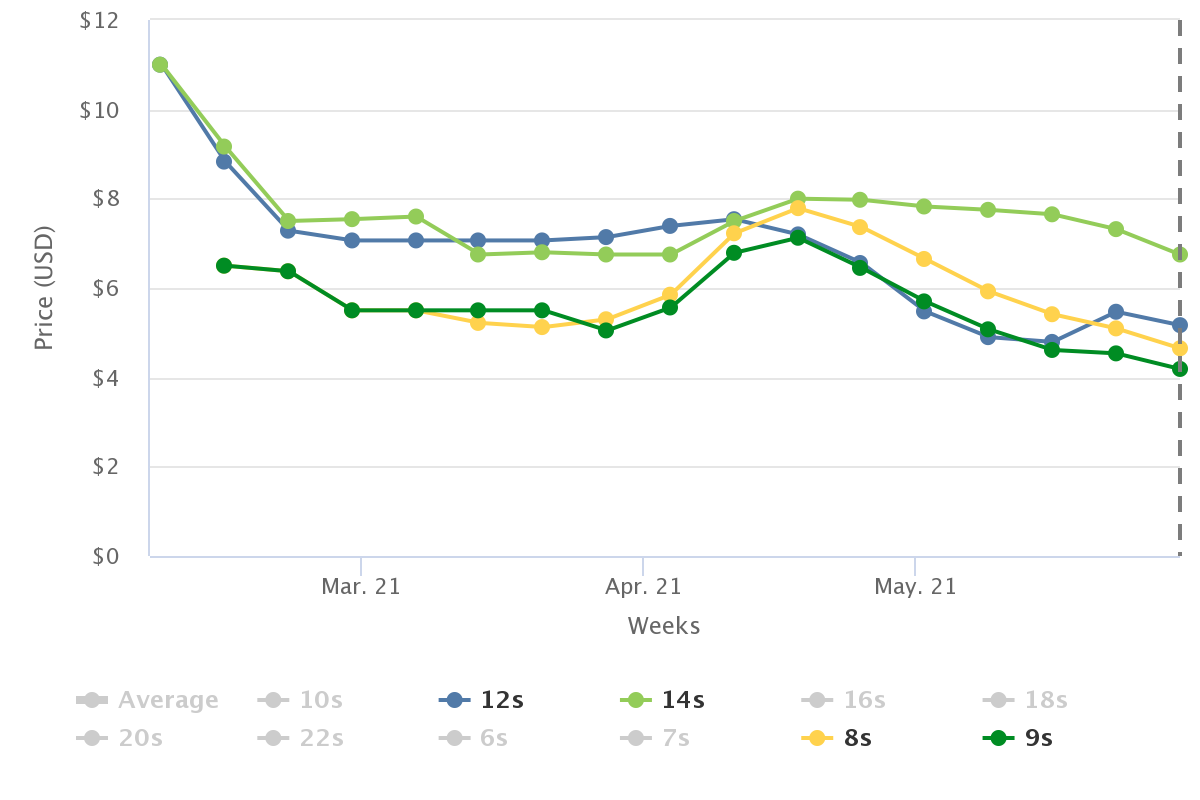 Looking ahead, Mexico is moving into heavier production this month and next for mangoes. “We expect ads to take place to promote mangoes and for demand to grow,” says Diaz. “And as the summer heat comes on, hotter temperatures make consumers go out more often to retailers and that will help demand too.” He also hopes consumers will increasingly switch to buying more smaller fruit rather than the 9s and 10s sizing they prefer. “It’s not happened in the past so we’ll see if they respond to switching over,” he says.

He also adds that soon the Kent and Keitt varieties, which are later and larger varieties, will come on and start approximately the week of June 20th.