Overview of the peruvian avocado exports by Juan Carlos Paredes president of ProHass, complemented by charts from Agronometrics. 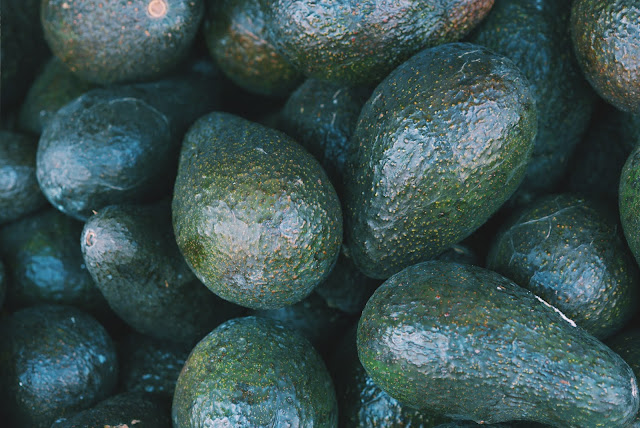 Original published in FreshFruitPortal.com on May 31, 2021

ProHass Peru estimates that 460,000 metric tons (MT) of Hass avocados will be exported in the 2021 season, an increase of almost 30 percent year-on-year.

This increase will represent an additional 100,000MT compared to the previous season.

New strategies have been implemented this year, including opening markets while consolidating existing ones and working closely with SENASA to make sure only mature fruit is exported, Juan Carlos Paredes, president of ProHass told FreshFruitPortal.

Among the strategies stated above, he also added that the organization "continues to support the World Avocado Organization (WAO) and the Peruvian Avocado Commission in the U.S. (PAC) in order to strengthen promotion and marketing campaigns of Peruvian origin and avocados in general".

When asked about the changes this season will see, Paredes shared that the main change will be incorporating small and medium producers into the exportable offer.

"Producers of the Sierra de Ayacucho, Cajamarca, Lima and Arequipa regions among others will be added, with fruit harvested and exported as early as January."

"It's great for all because the avocado export chain is more inclusive and the export window is now expanded to nine months in the market, from January to September.

“The Horeca sectors in Europe and the U.S. are slowly demanding more and more fruit. Hopefully, it will soon reach pre-pandemic consumption levels, gas people have more confidence going out and the vaccination process is helping as well," he said.

Regarding local consumption of avocados, Paredes said the Peruvian consumer's preference for a strong or green-skinned avocado remains.

"In retail, the presence of Hass avocados are becoming more and more noticeable, but there is still work to do to promote local consumption, especially in wholesale markets."

He said that one of the positive effects of the pandemic was the boost in the consumption of avocados.

"At the level of Europe and the U.S., this increased consumption was noticed in 2020 and with great pleasure, we can see that demand is still strong and has not been affected."

In December last year, Peru enacted Law No. 31110, known as the Agrarian Promotion Law, which established that the daily income of agricultural workers be raised to S/48.5 (US$12.72), among other things.

When asked about his opinion on the legislation, Paredes said that “the new law changed the rules of the game for many new investors, in a sector where investments are long-term, at least 8 to 10 years for a feasible analysis".

“Agro-export has been growing steadily and generating welfare in the areas where it operates, but we are afraid that this is unfortunately changing. The state's inaction in medical infrastructure, schools, drinking water and sewage, and all those minimal services that a 21st century population should have, has not been solved with this new law," he said.

Peru's main export destinations are Europe and the U.S, with the former importing 270,000MT, and the latter with a projected volume around 100,000MT.


Volumes (in Kg) of avocados from Peru in the US Market 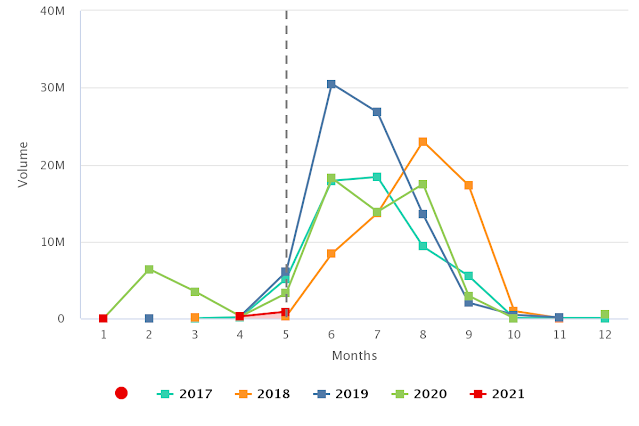 "We hope the U.S. volume can be confirmed by importers and exporters to decongest Europe."

Asia follows with 78,000MT and then Chile with 42,000MT, a country that has increased its import of Peruvian fruit this year and is expected to have an increase for the season of around 70 percent year-on-year.

When asked about the new markets they would like to reach, Paredes said: “We would like to consolidate Asia, not just China. But countries with enormous potential such as India, Indonesia, Thailand and Japan. In America, countries that are not new, but have the potential to grow like Costa Rica, Argentina and Canada."

ProHass has been planning a campaign development to promote the consumption of Peruvian avocados in China together with Chinese importers, Paredes said​.