Overview of the Mexican grape season by Michael DuPuis of Divine Flavor, complemented by charts from Agronometrics. 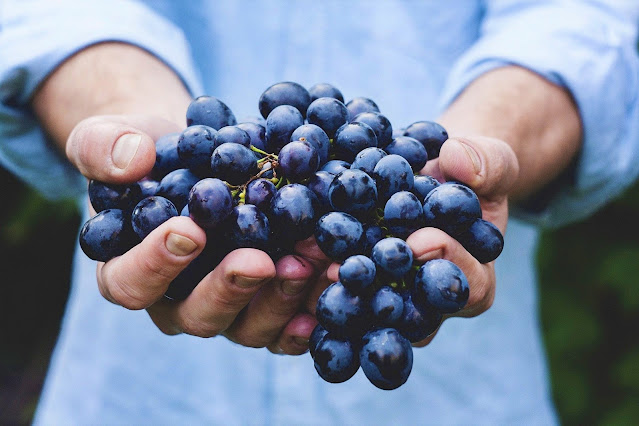 Original published in FreshPlaza.com on June 29, 2021

Mexico is gradually wrapping up a very strong grape season. Apart from some later seeded grape varieties, the main grape growing district Hermosillo finished last week. The district of Caborca is about 80 percent done. All in all, about 19.5 million boxes have been harvested and there are about 1 to 1.5 million boxes of late varieties left. “We grow around 50 percent of these late season varieties,” says Carlos Bon with Divine Flavor.


Volumes (in Kg) of grapes from Mexico in the US Market 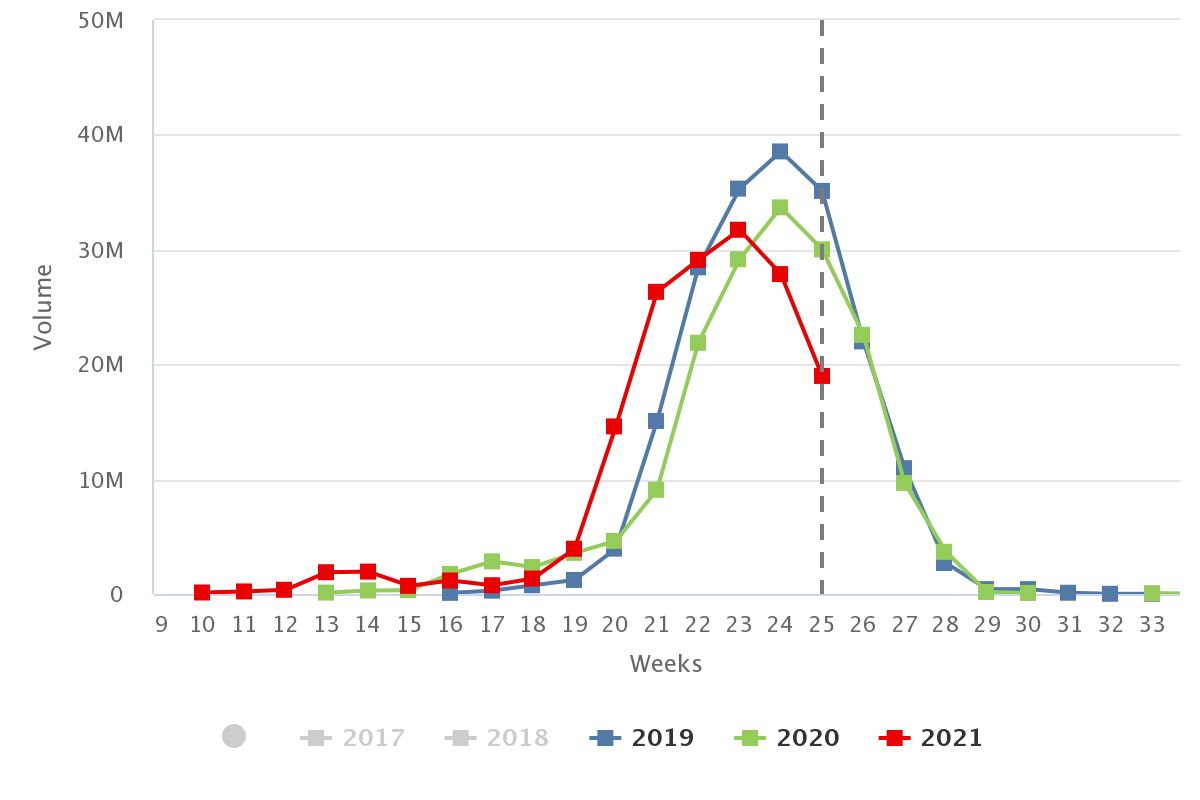 The company expects to ship until mid-July. “About four years ago, we expanded our acreage with a ranch that is dedicated to growing late-season varieties,” added Bon. “While the majority of the Mexican season traditionally finishes the first week of July, this ranch has allowed us to grow some newer, later maturing varieties and extend the season by about two weeks.” The late-season varieties include Sweet Celebration, Sweet Globe, Autumn Crisp, Cotton Candy, and Jellyberries.

On the supply side, total Mexican grape volume will be close to the 21.5 million boxes originally forecasted. Nevertheless, the dynamics turned out differently. “The yields per acre were significantly lower than originally expected,” shared Bon. “This was made up by a significant amount of new acreage that came into production this season. Everyone in our industry was surprised to see how much new acreage was harvested.” Divine Flavor’s volume is up about 20 percent compared to last year, from 5 million boxes in 2020 to 6 million boxes in 2021.

From a demand perspective, it was a great season for the entire industry. “Demand exceeded all expectations. When our season started, the pipeline for retailers was empty due to Chile finishing up early. 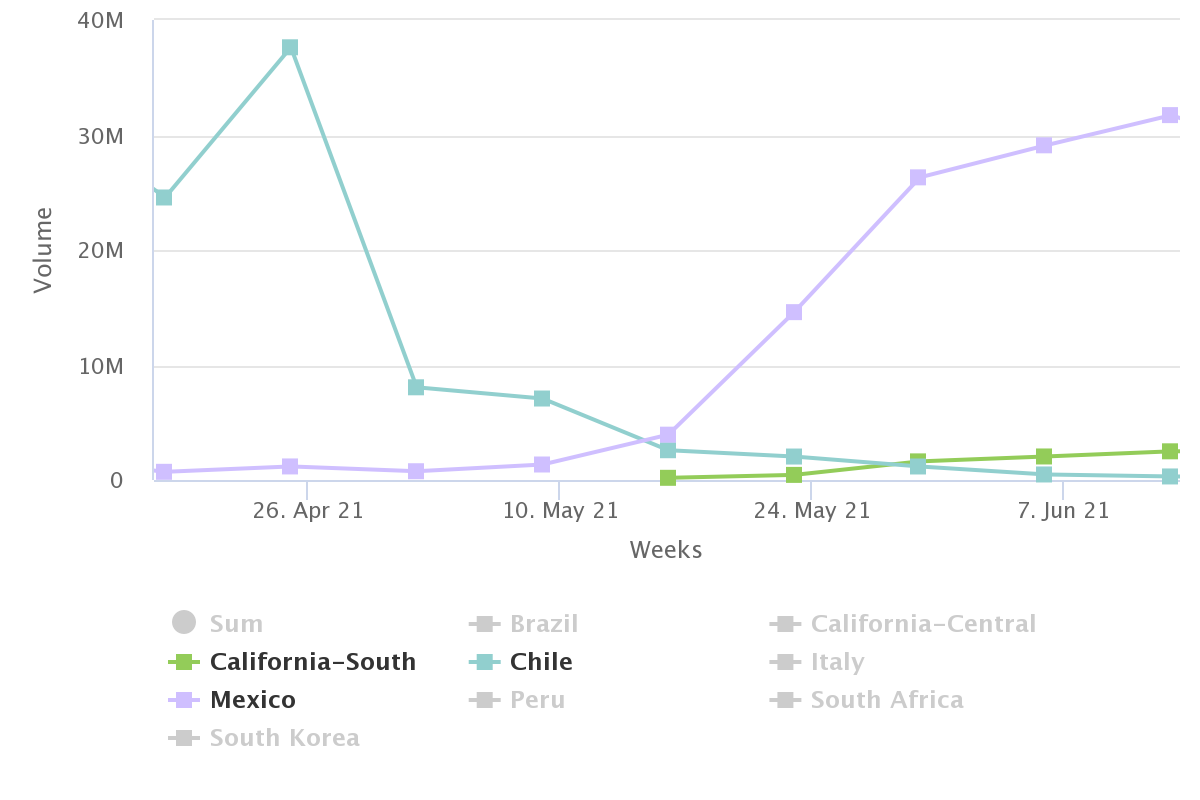 Even when our season ramped up and we were shipping peak volumes, it took a long time to catch up and fill the retailer’s pipeline. Strong demand in combination with many repeat purchases, resulted in a great season.” At the beginning of the season, prices were strong due to high demand. At this point in the season, the quality has doubled while prices are about half of what they were a month ago.


Price (in USD) of grapes from Mexico in the US Market 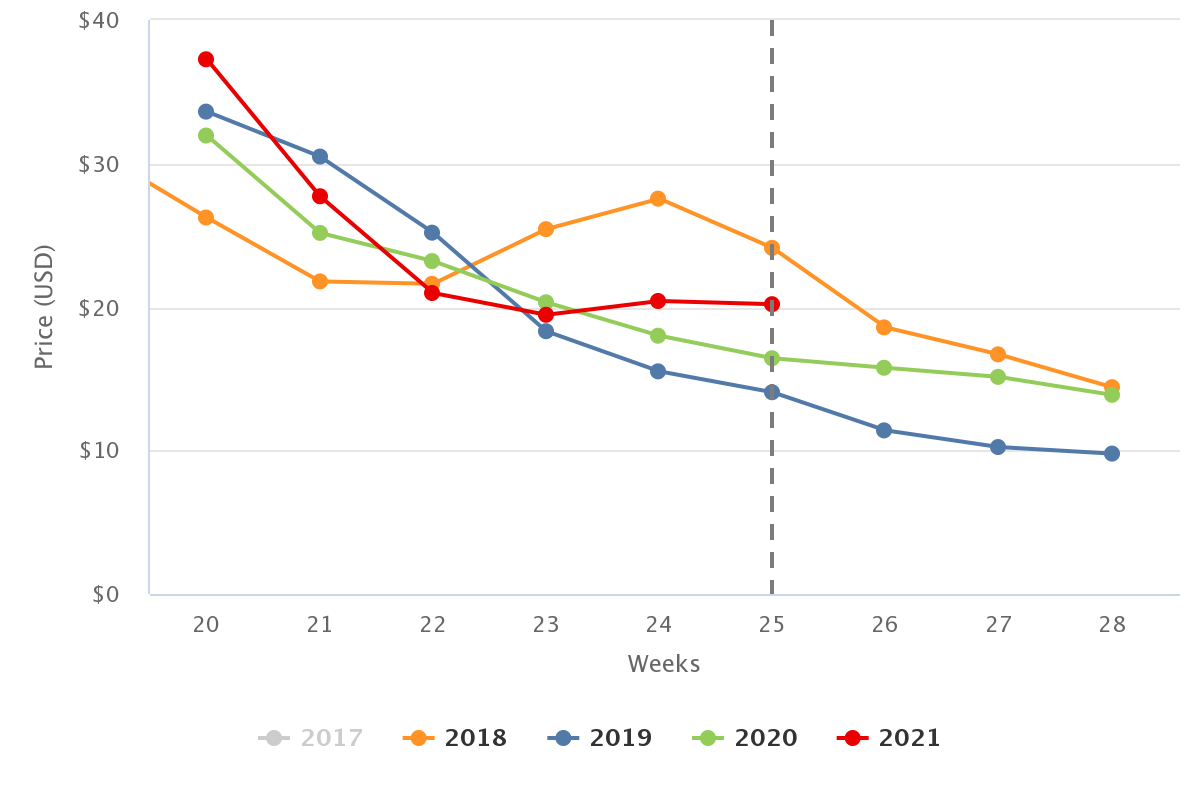 The US, Canada, and Mexico are key grape markets for Divine Flavor. Outside North America, the company’s biggest market is Japan. In addition, grapes are shipped to Central & South America, Korea, as well as Australia & New Zealand.