Fewer but better quality of grapes from Mexico

Overview of the Mexican grape season by Michael DuPuis of Divine Flavor, complemented by charts from Agronometrics. 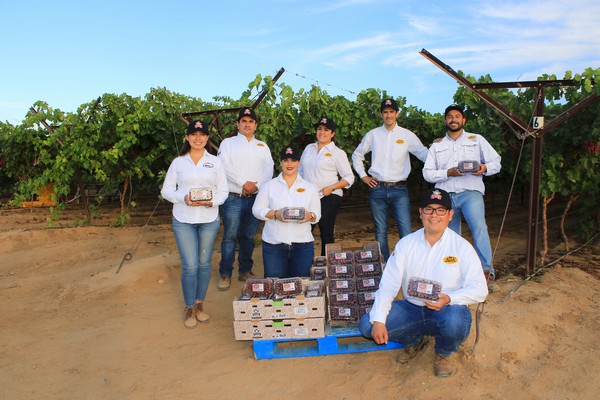 Original published in FreshPlaza.com on June 15, 2021

Following a late start, Mexican grapes are just coming into the heart of the season.

Carlos Bon of Divine Flavor based in Nogales, AZ says supplies of older grape varieties including Flames, Sugarones and Summer Royals will finish up in the next week. Then the season moves into shipping proprietary varieties such as Sweet Globe, Sweet Celebration and Midnight Beauties along with specialty varieties from the candy line including Cotton Candy, Gummy Berries, Jelly Berries and Candy Hearts. 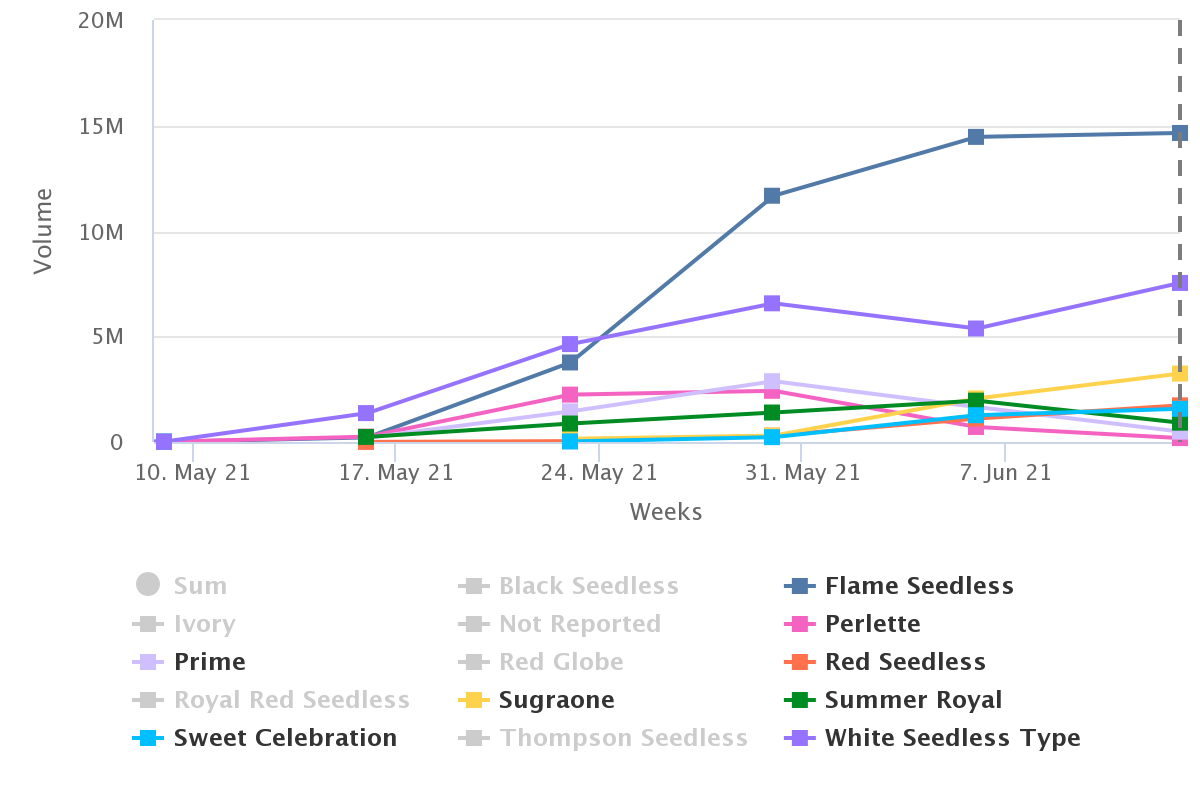 “While the season started a bit late compared to historical times, it was stronger than what we expected. We didn’t expect to harvest as many grapes in May as we did,” says Bon. “That said, we’re noticing a lot of varieties are packing out lighter than we expected and we feel the Mexican grape season will be significantly shorter than original estimates.”


Volumes (in Kg) of grapes from Mexico in the US Market 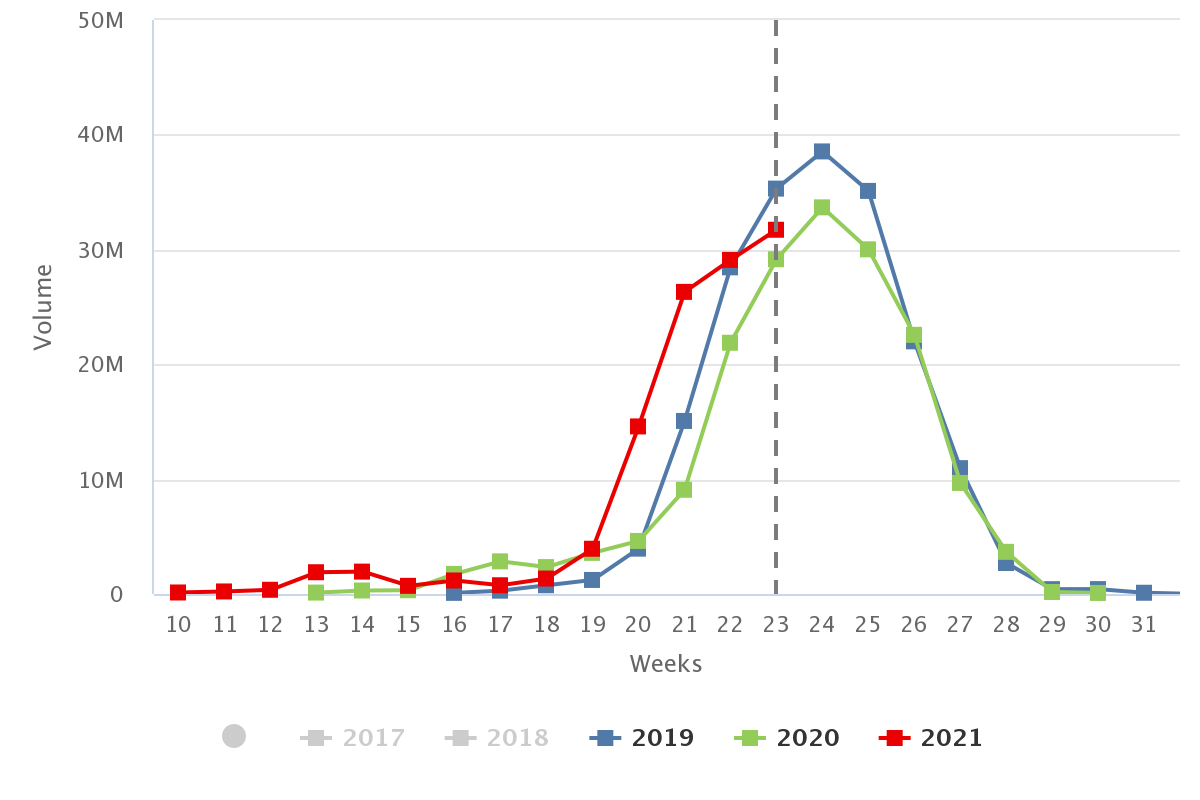 This shorter supply will be felt mostly at the end of June. But for Divine, its Alta Elva ranch that was planted four years ago sits in the latest producing area of Sonora and grows late-season varieties to help Divine continue its season throughout the first 15 days of July. “This allows us to have grapes harvested fresh at a time when it used to be there were only older, weaker Mexican grapes or small, sour American grapes available. It’s a bridge between Mexico and California without compromising flavor, condition and quality,” says Bon.

Behind the lower pack outs are bunch and berry sizing trends, mainly on the variety grown most in Mexico which is the Flame. “Flames have significantly lower yields than originally expected--there’s less weight per berry and less weight per bunch and more bunches per box and less boxes per hectare,” says Bon.

While this isn’t reflected in the candy line of grapes, it is showing up somewhat in the new proprietary variety, Midnight Beauty. “It’s going to end up being a pretty light crop,” says Bon. “Some ranches of green grapes are also going to be light. We’re not seeing that on Sweet Celebration.”

Yet, the grapes have good quality which Bon attributes to cooler temperatures and no rain. “Three years in a row the monsoon season comes in later so we’re having May weather in June which is much better for the vine,” he says.

Meeting these supplies are strong demand for Mexican grapes. “I’m surprised by the demand because the price point has been higher than historical. I thought it would slow movement but that’s not been the case,” he says. Demand is anticipated to stay strong given this point in the Mexican season. While the season began with earlier varieties which don’t always have the quality of a mid-season grape, yet is priced higher, at this time grapes are better quality at almost half the price. “I expect demand to not just be stable but to increase,” says Bon.

Pricing in general has been stronger this season which isn’t surprising given Mexico came into a fairly empty pipeline because of the early end of the Chilean grape season which was marred by rains. “That allowed pricing to be higher than historical pricing and week to week it’s been that way,” says Bon, noting that could change by the end of the month.


Price(in USD) of grapes from Mexico in the US Market 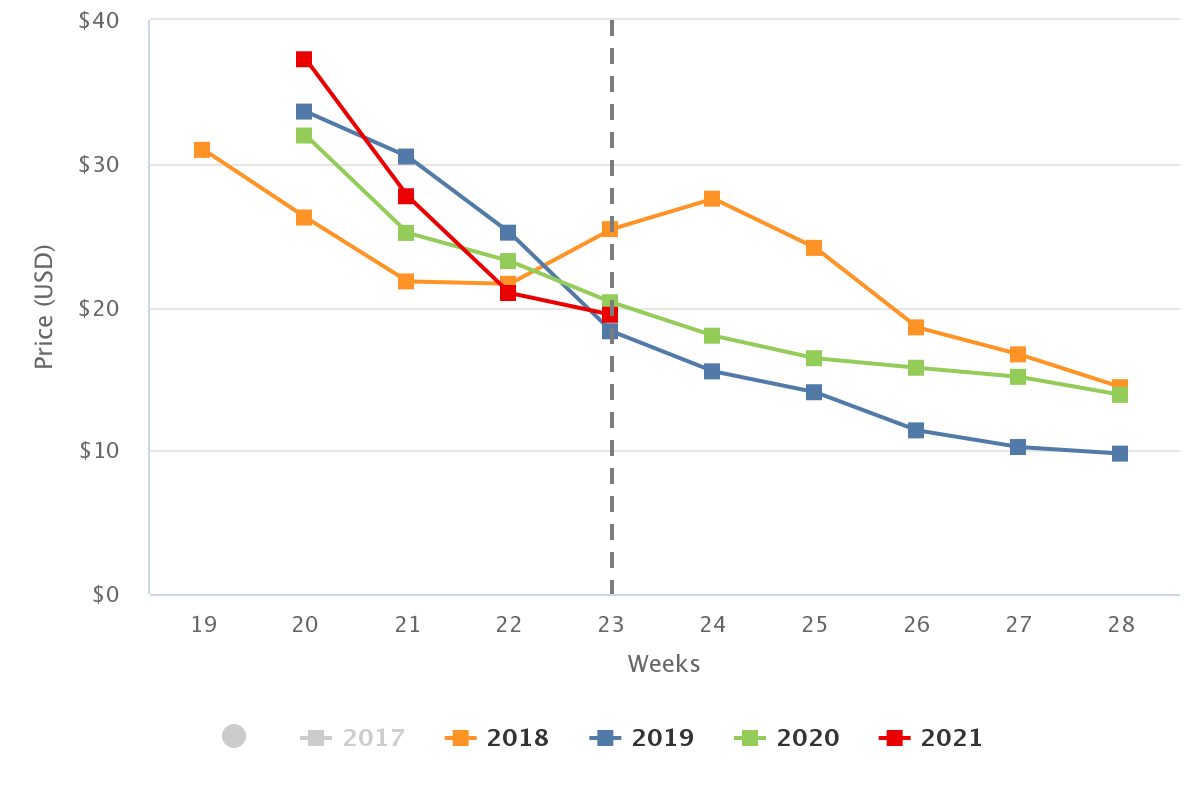 Looking ahead, the end of the season will see smaller volumes of Mexican grapes. “I think the last week of June and the first week of July, there are still going to be plenty of Mexican grapes on the market. But it’s going to be smaller volumes than what it’s been historically,” says Bon. “If you lose 1.5 million boxes of grapes, you’re not losing it at the front end of the season.”