Overview of the upcoming North Carolina blueberries season by Lee Kimball of Somerfield Farms LLC and Brenda C. Park of the North Carolina Blueberry Council, complemented by charts from Agronometrics. 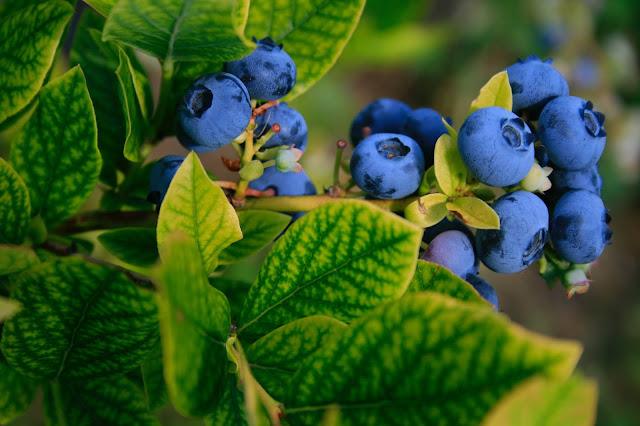 Original published in FreshPlaza.com on May 26, 2021

“The storm that came through almost targeted the blueberry region of North Carolina. As a hailstorm goes, it was widespread. I know of at least 1,200 acres that will be completely zeroed out,” said Lee Kimball of Somerfield Farms LLC, based out of Wilmington, NC

Kimball notes though that like a tornado, there can be a path of destruction that’s a football field-wide but then 600 feet away from that, there’s production completely in tact with no damage at all which is what’s being seen in North Carolina.

“Some growers seem to have missed the storm altogether but others got completely wiped out or lost a significant amount,” says a source with Redondo Beach, CA.-based Gourmet Trading Co.

The general consensus for North Carolina is that there’s a 20-30 percent loss of acreage in the state. “What remains to be seen is what other percentage will be lost when they start to pack. We had a small percentage of our acreage that’s going to be a loss. The rest of that fruit was undamaged and we look forward to a solid crop,” says Kimball. 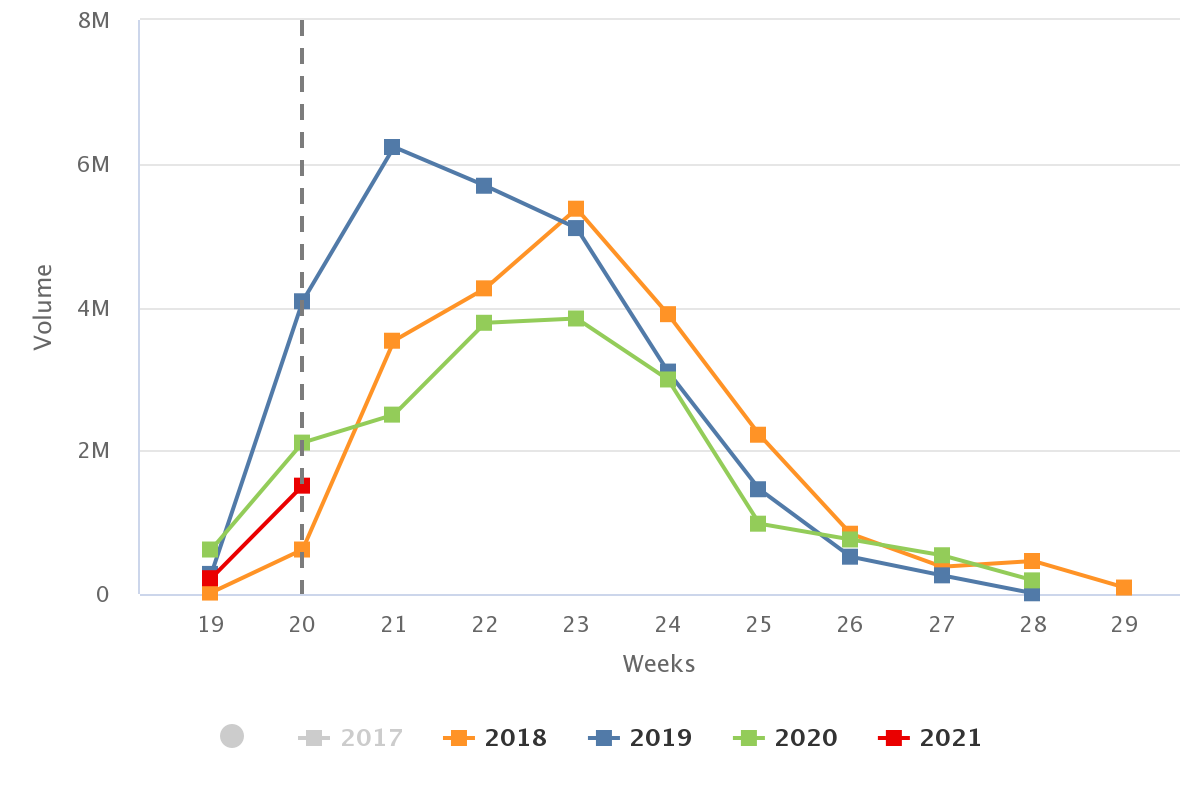 Notably though, there was also a late freeze at Easter which damaged crops says Brenda Park of the Greenville, SC-based North Carolina Blueberry Council. “Between these two events several of our growers were really impacted, suffering losses anywhere from 25 percent to 95-100 percent of their crop,” says Park. “On some of our larger farms this equated to over a million pounds of blueberries lost. The losses are still being assessed, so we still do not know the total impact.”

Back to realistic expectations

“What resonates with most growers is that though North Carolina will see some type of loss in volume, their bloom and pollination season was so great that they were projecting to have the biggest crop since 2015,” says the source at Gourmet Trading. “The loss of fruit due to the storm just brings them back to a more realistic projection to this season.”

As for the timing of the season, it did begin for North Carolina late last week. “But hot temperatures are coming this week and that will push the berries along. By the end of this week, there will be full production,” says Kimball, adding that Somerfield has added more than 200 acres to its organic production in North Carolina this season with new varieties. Overall production will wrap up around July 4th.

What does this mean for the market in the meantime? “We do think the market will strengthen and stabilize because of the amount of fruit that’s not going to be available. That will show itself during the first two weeks of June. It’ll firm up,” says Kimball. 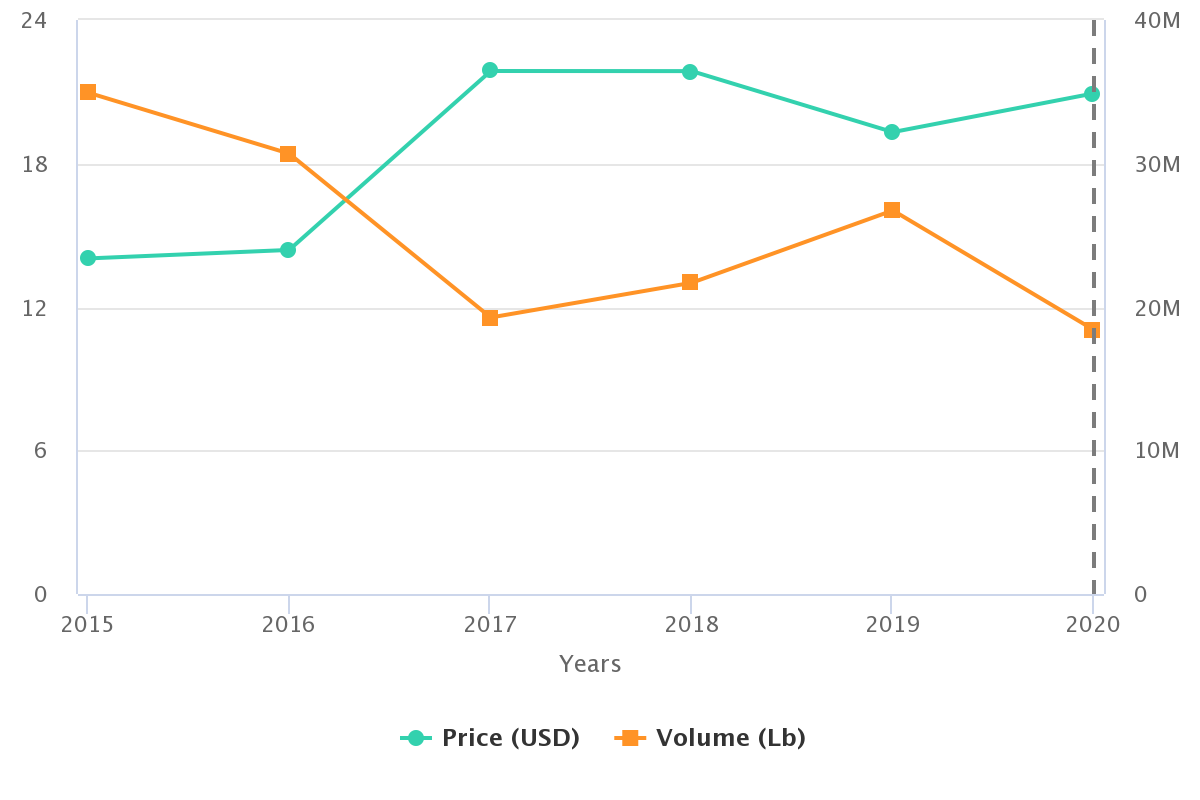