Overview of the upcoming Mexican table grapes season, complemented by charts from Agronometrics. 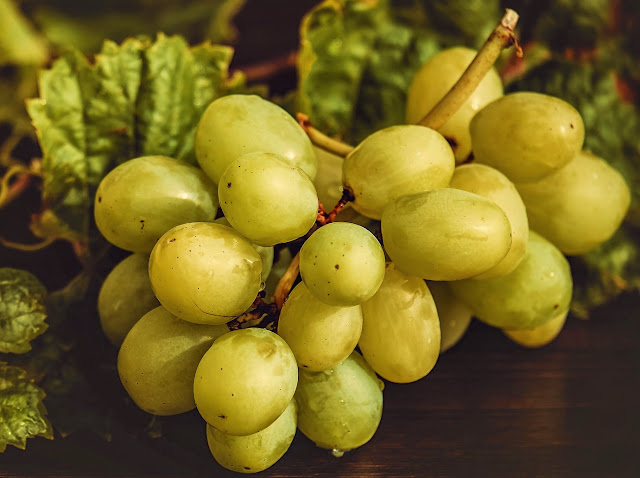 Original published in FreshFruitPortal.com on May 18, 2021

The Mexican table grape season has kicked off with the first shipments north of the border, which will enter into what is currently a sluggish market for sales.

Crossing of Early Sweets, Perlettes and other early green varieties has begun at Nogales and are being absorbed into the market. Flames and a dozen other varieties of all colors will follow shortly.


Volumes (in Kg) of table grapes from Mexico in the US Market, by varieties. 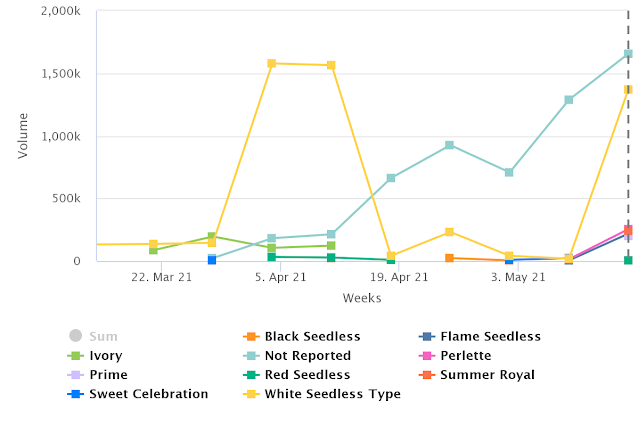 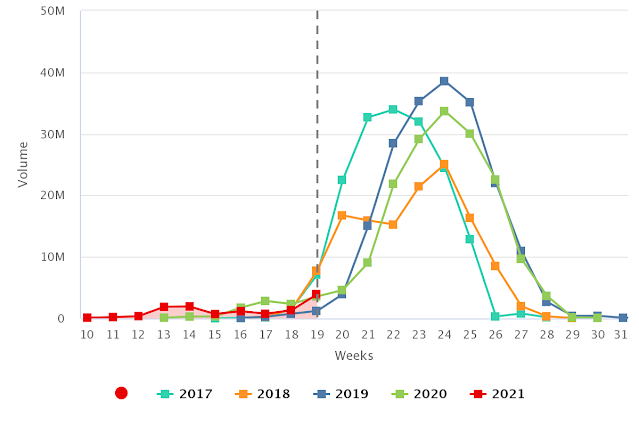 John Pandol, chairman of the grape division of the Fresh Produce Association of the Americas, explained that the sellers’ most critical task is creating sufficient demand in advance of harvest.

"Retailers must have the confidence in the reliability of supplies or that just doesn’t happen, ”he said.

They did promote red seedless during the spring but "not with the normal consumer response", he said.

"Sales have been slow as older grapes from January and February, from both Chile and Peru, look dull in the store," he said.


Volumes (in Kg) of table grapes from Chile, Mexico and Peru in the US Market 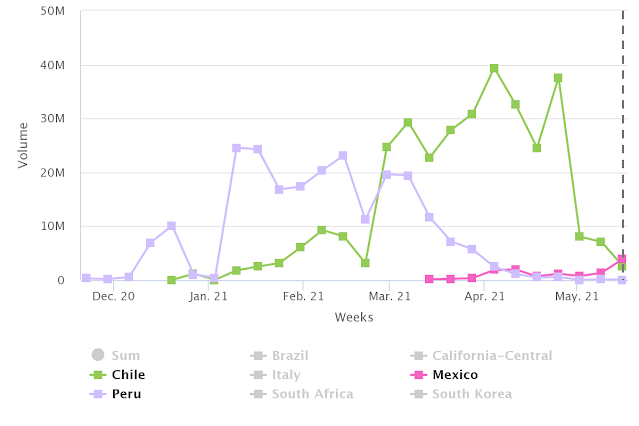 "Lately many supermarkets have reduced the grape offering, smaller displays with less items. There is a feeling that all the grapes of sound condition have been shipped and it is not worth the risk to gamble on marginal condition."

Mexico will likely harvest around a quarter of its crop in May, with much heavier volumes expected in June.

About 75% of Mexican grapes and 65% of California grapes are sold in the U.S. market. As the US grocery market has been more robust during Covid, more fruits are being forced into the retail channel, Pandol explained.

Chile shipped a higher percentage of its grapes to the U.S., almost three-quarters of its red and white seedless, he said.


Historical volumes (in Kg) of table grapes from Chile in the U.S. market 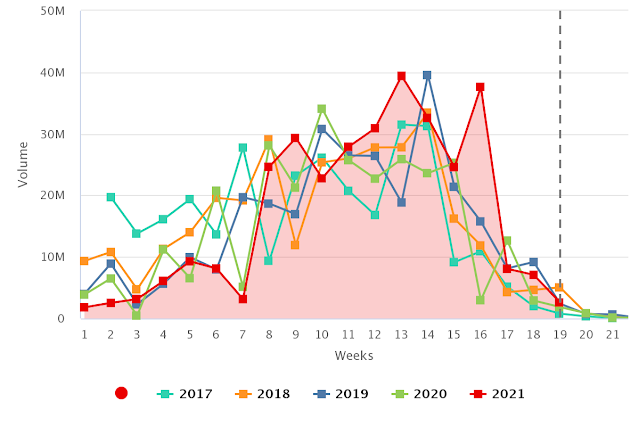 Meanwhile, fruit that are more export-oriented like California citrus and foodservice items like melons and pineapples are being pushed into U.S. supermarkets more than normal.

"Canada’s economy is much worse than the United States, and the feeling is Canada will import less volume and the market participation of extreme discount formats will further increase, looking for value grapes," he said.

"A big cherry crop from California, Washington and British Columbia with less export and if the Southeast comes through with its blueberry crop will fight for shopper attention and is concerning to Mexico, Coachella and early San Joaquin Valley shippers in June and July."