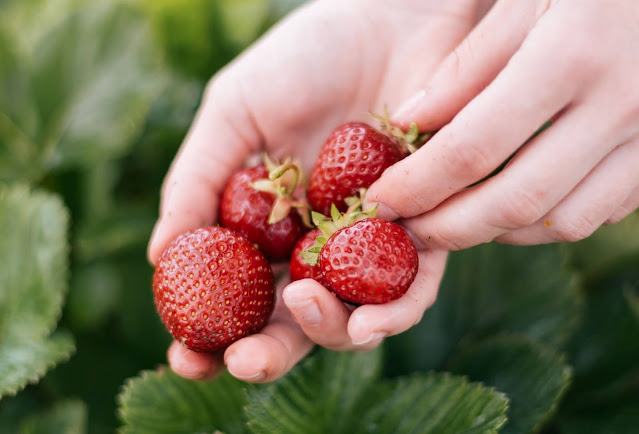 Original published in FreshPlaza.com on May 21, 2021

Like many commodities in California, strawberries have been contending with recent weather events.

Currently, there are two primary growing regions producing the fresh supply of strawberries in California. Santa Maria is seeing peak supplies and will continue with high volumes of good-quality berries for the next three to four weeks.


Volumes (in Lb) of strawberries from California in the US Market 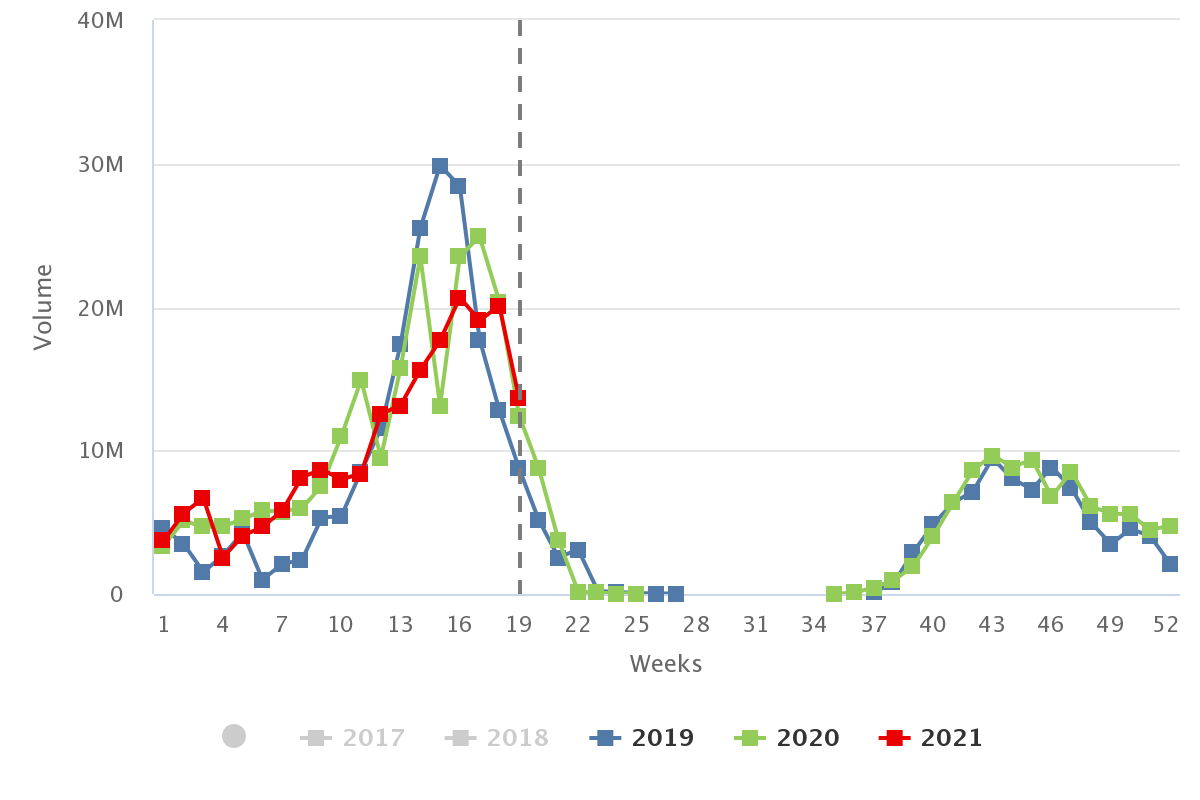 Meanwhile growers in Watsonville and Salinas are having a hard time building momentum due to weather. “The plants did not receive ideal chill time at the nursery level over the winter. Combined with cold temperatures, the fruit has been slow to ripen compared to timing of previous years,” says Ediger. 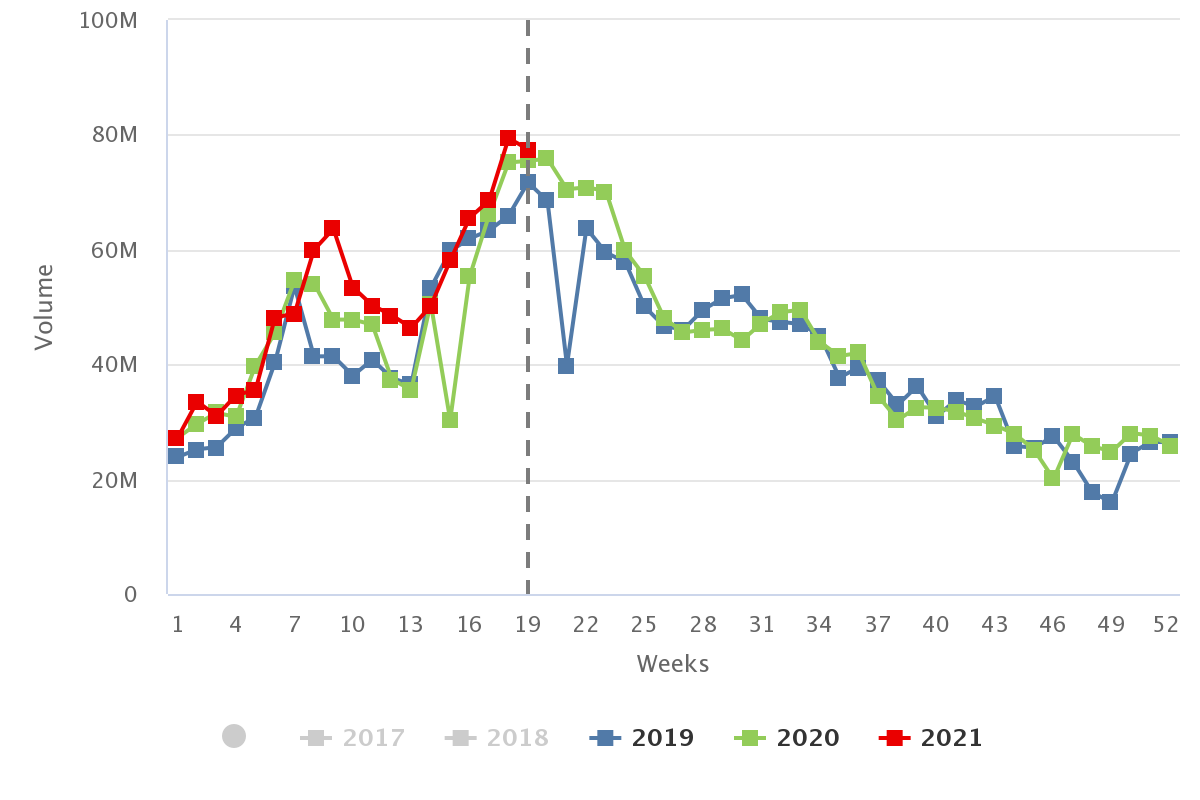 Overall, compared to recent years, the Watsonville/Salinas growing area is approximately 25 percent behind in volume and running about three weeks behind schedule. “However, the plants are healthy and loaded with flowers and green fruit. We’re starting to see the onset of peak volume and expect a very large haul of fruit to come on by the first of June, which will make up for lost time and volume in the end,” says Ediger, adding that’s when supplies will move into promotable volumes. “Now through end of June is expected to produce an overall peak supply window for the California strawberry season.”

This supply is meeting particularly strong demand from all over the U.S. and Canada. “In particular, we see foodservice in the southeast of the U.S.--Texas, Florida, Georgia--making a strong come back and we’re expecting quite a few other states to follow suit,” said Ediger.

Because of the lower than normal supply so far, prices have been historically high for the popular fruit. However, those prices are beginning to fall now. “The USDA strawberry average was $16 per 8 1lb. tray last week and now is around $8 per 8 1lb. tray which is where we need it to be because of the large amount of volume we expect in June,” says Ediger. “We need the right retail prices to move the fruit through to the consumer.”


Price (in USD) of strawberries from California in the US Market 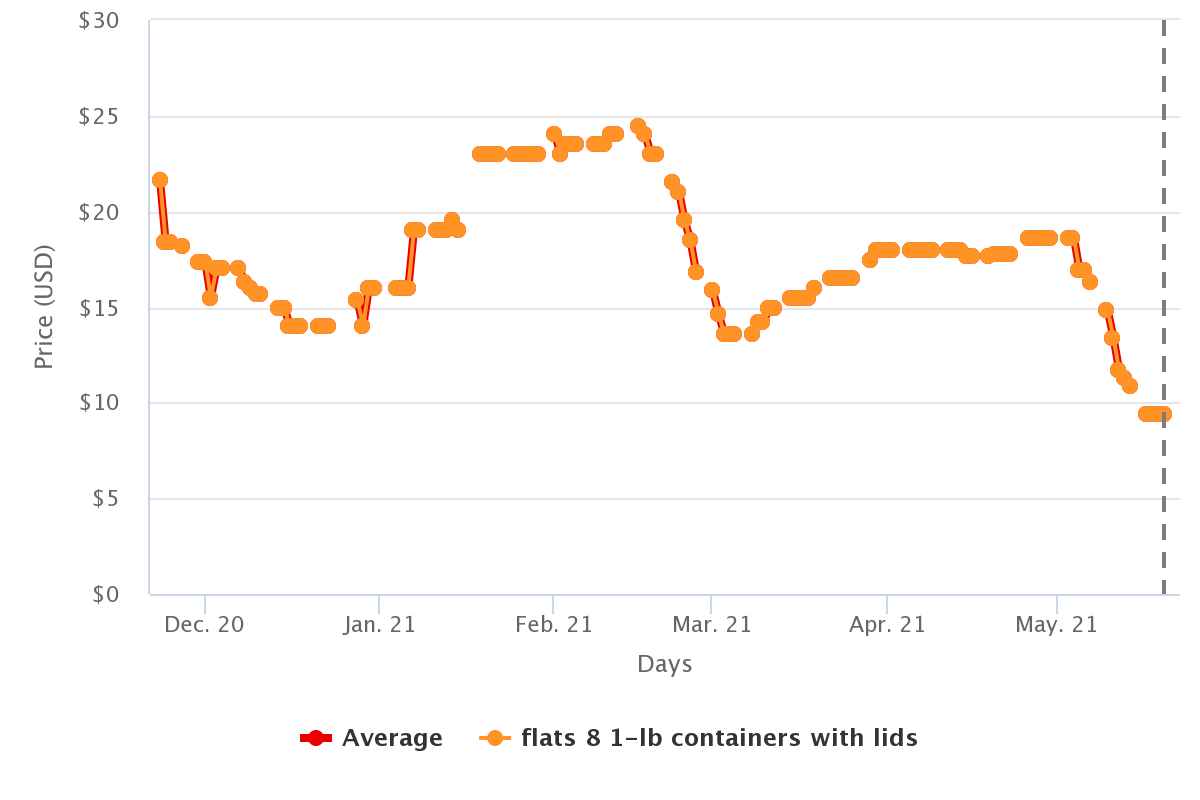 Looking ahead, with Memorial Day, a popular strawberry-associated holiday around the corner, promotional supplies of good-quality berries will be ample.