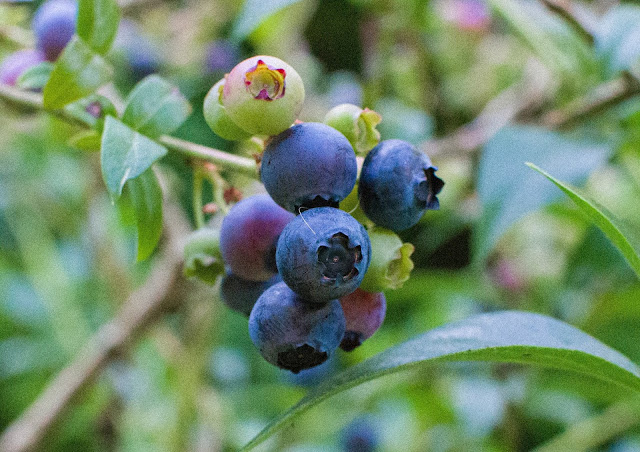 After a recent streak of high prices in the U.S. market, the price of blueberries dropped sharply last week. In this "Agronometrics In Charts", we will take a tour of the prices and volumes of blueberries in the North American market, and discuss the possible causes that gave rise to this fall.

A delayed season in Florida and Georgia due to weather problems left a window between the production of the southern hemisphere and the entry of the northern hemisphere.

The prices of blueberries in the North American market remained high, having their highest point in weeks 15 and 16 of 2021, where average prices per kilogram were $11.70 per kilogram, a 73 percent increase year-on-year.

As Georgia entered the market and Florida reached its peak in week 16, prices fell sharply though they are still higher year-on-year, as can be seen in the following graph. 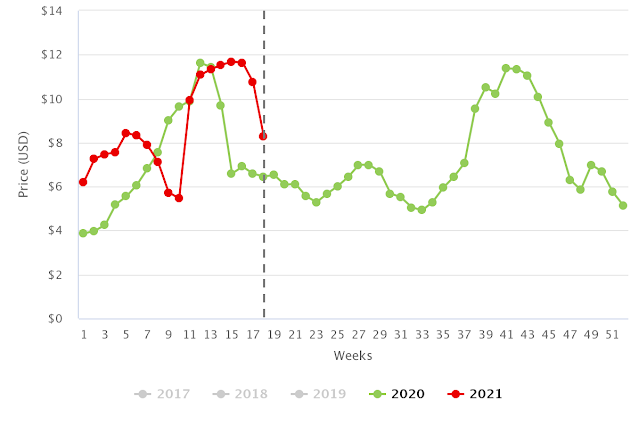 In the graph below you can see the two-week lag of Georgia's entry compared to last year; this is in addition to a Florida season that was behind.


Volumes of blueberries from Georgia | KG 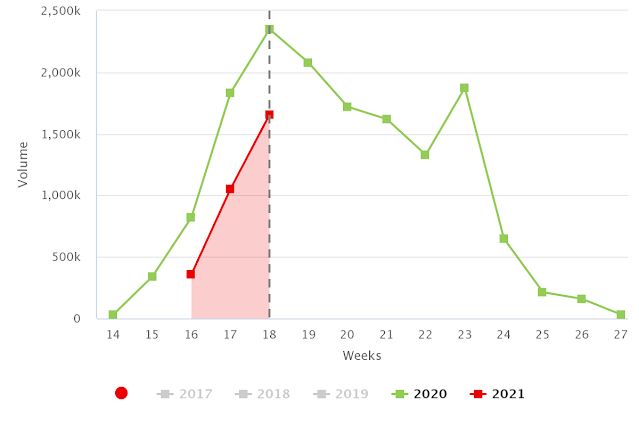 Although the high volumes from Mexico in the last two weeks clearly had an effect on the prices that are being seen in the market today, it should also be noted that blueberry volumes that are reaching the North American market have been the highest in recent years and have also sustained healthy prices.

All of this points to an increase in blueberry consumption in the United States and a more attractive market for growers.


Volumes of blueberries from Mexico | KG 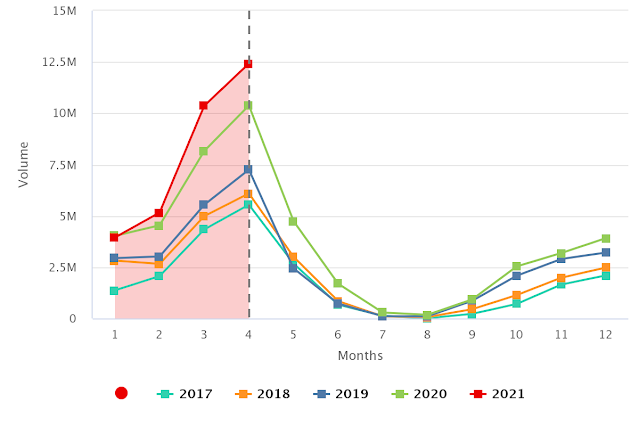 
Written by: Cristian Crespo F.
Original published in FreshFruitPortal.com on May 11, 2021 (Link)