Weather fluctuations’ affect on apple growers still to be determined

Overview of the Michigan apple and asparagus supply, complemented by charts from Agronometrics. 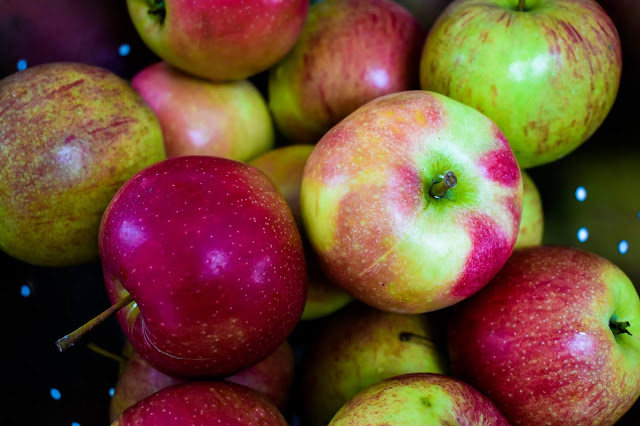 Original published in FreshPlaza.com on April 27, 2021

While it’s still early in their seasons, two U.S. apple-growing regions have been contending with significant temperature shifts.

Michigan recently saw two cold mornings with temperatures getting down to about 26 degrees Fahrenheit for about three hours. “The bud development on apples is still pretty tight so the damage doesn’t appear to be severe. But time will tell,” says Ken Korson, apple commodity manager for North Bay Produce Inc. based in Traverse City, MI. “But it’s way too early to tell what size of crop we’re going to have.”

This in a state Korson says is seeing more and more apple plantings overall. “Growers in Michigan are putting in more apples each year and they tend to be high-density plantings. These are replacing the old-style orchards which produce considerably fewer apple trees and fruits per acre,” says Korson, adding that most of the new plantings are premium varieties based on consumer demand.


Volumes (in Kg) of apples from Michigan in the US Market 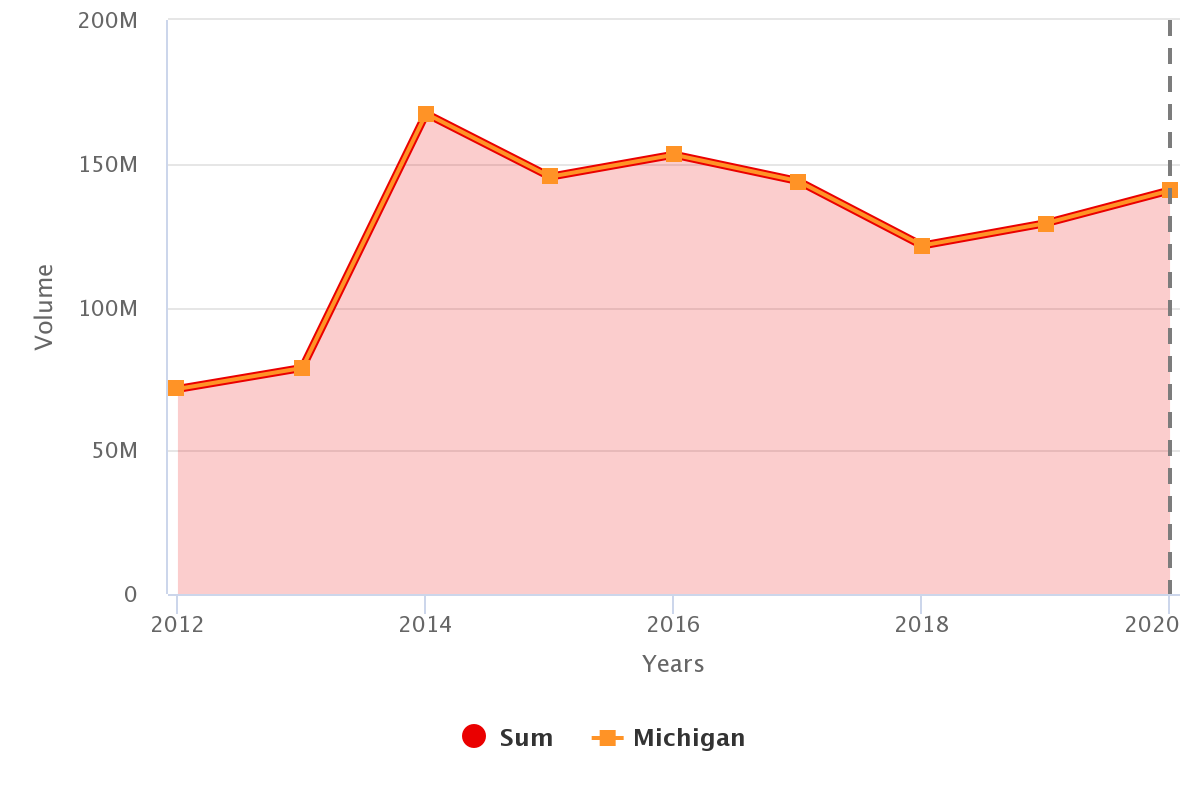 Meanwhile regarding temperature changes, of a more immediate concern is the spring asparagus crops in Michigan. “We had a freeze in our southern asparagus farm in Decatur which will delay us about a week. But the farm in northwest Michigan is still underground and should be fine,” says Korson. “Asparagus, since it’s a short season and harvest starts in the spring, we tend to have frost problems most years.” 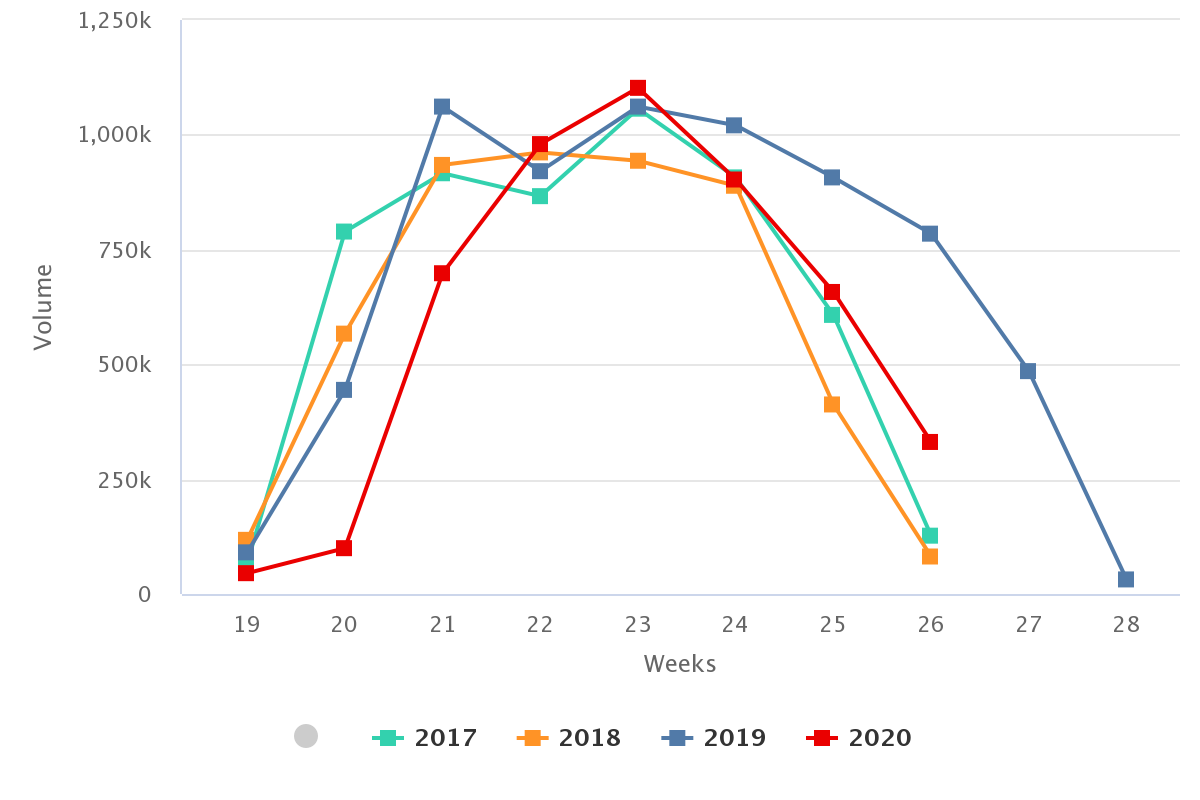 Back to apples though, Michigan may not be clear of frost yet. Korson says this week’s full moon on April 26th indicates this region has a high chance of frost but that will depend on weather patterns closer to that day.

It’s the frost that Louis is particularly concerned about. “You get below 30 degrees Fahrenheit and it freezes the bud and kills it and you don’t have a crop. We’re also not out of the woods yet on another frost,” he says, noting that in the last five years, Wisconsin has had two frosts in the middle of May.

However the actual affect on the crop is undermined at this point. “It’ll be sometime this week before we can really get a good feel on how much damage we’ve had here. It takes a while before we can see the effects,” Louis says.

This follows a 2020 season in which Wisconsin saw a slightly larger than normal crop for the state.