Overview of the peruvian grapes in the U.S. market, complemented by charts from Agronometrics. 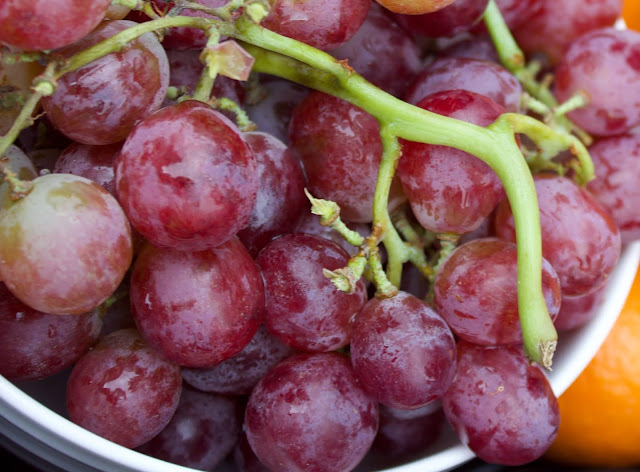 Original published in FreshFruitPortal.com on April 14, 2021

Peruvian exports reached a little under US$7.4 billion in the first two months of 2021, a year-on-year growth of 4 percent that was driven largely by grapes, the Ministry of Foreign Trade and Tourism of Peru (Mincetur)

In February, shipments totaled over $3.5 billion, an increase of 4.5 percent compared to the same month in 2020. Non-traditional shipments also grew 15.3 percent in February, reaching over $1.1 billion.

"I would like to highlight the performance of non-traditional exports, as they increased for the seventh consecutive month. This news clearly shows the importance of the national exports despite the Covid-19 pandemic," Claudia Cornejo, Head of Mincetur said.

Grapes, whose season ends between March and April, grew 48 percent in February and 28 percent in the first two months of 2021.


Volumes (KG) of grapes from Peru in the US Market 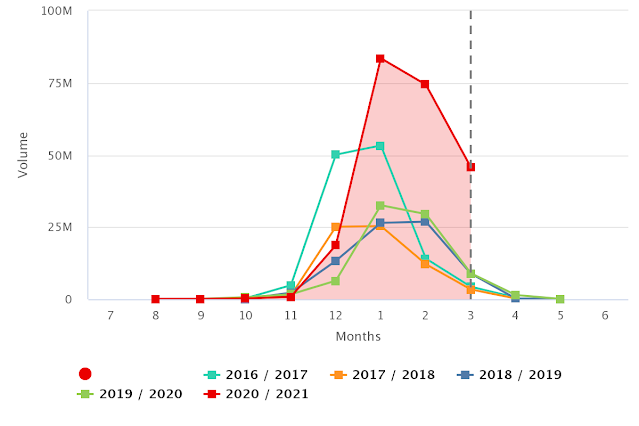 Shipments of other products from the fruit export sector in February also stood out, such as blueberries with $17 million, avocados at $32 million, mangos at $110 million and strawberries at $4 million, showing growth of 83, 69, 5 and 138 percent respectively.

If this trend continues, "agro-exports could reach a record in 2021," according to Mincetur.

Both traditional and non-traditional agricultural exports had a notable rise in the second month of the year, increasing 17 percent and accumulating growth of 13 percent in the first bimester.

Likewise, exports of scallops and squid increased 80 percent and 77 percent in February, respectively.