Overview of Chilean cherry exports, complemented by charts from Agronometrics. 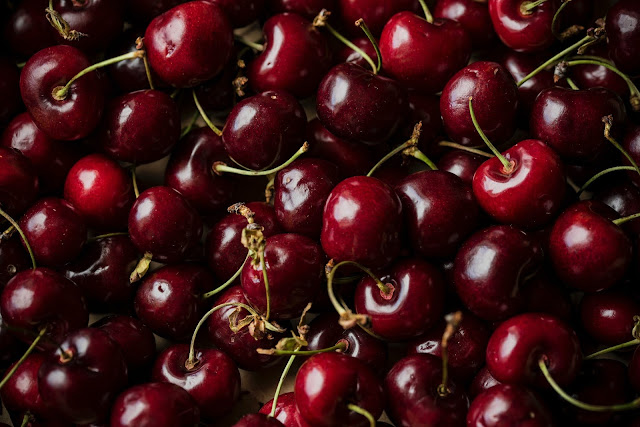 Original published in FreshFruitPortal.com on April 05, 2021

Chilean cherry exports during the 2020-21 season, reached a little over 352,700 metric tons (MT) and were shipped to different markets around the world, according to data provided by the President of Asoex, Ronald Bown Fernández.

Even though the figure reflected an increase of 54.3 percent compared to last season, he pointed out that this has been "the most complex season that the sector has faced in the last 10 years".

During the 2020-21 season, the main market was the Far East, which received almost 95 percent of total shipments. China was the main market in Asia as well as globally, receiving over 321,500MT.

The U.S. received 1.8 percent of the total volume of global shipments, followed by Latin America with 1.5 percent and Europe at 1.3 percent. 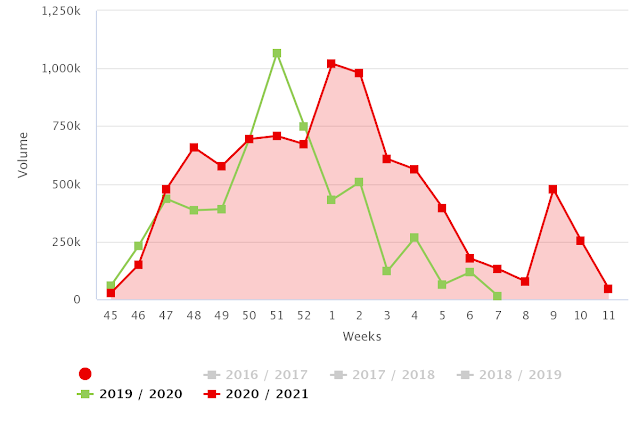 "In China, when unfounded rumors spread about the detection of Covid-19 in Chilean cherry exports, it had an extensive negative impact on their consumption and marketing," Bown said.

"Right away at the beginning, between our Cherry Committee and with ProChile, we developed a promotional campaign that would help us to reverse the impact."

The Chairman of the Cherry Committee Cristián Tagle said: "The preliminary data shows that the work and the promotional campaign helped to recover consumption levels, but with prices much lower than the previous season."

"Nothing can be taken for granted and we know that very well in the fruit industry. This season we were able to see that everything can change very quickly in China, and due to that, we have been working together with Minagri and SAG to improve entry conditions and open new markets for our cherries," Tagle said.

A strategy based on unity

Given the challenges of the 2020-2021 season, and the lessons learned throughout; today the Cherry Committee is working to implement a medium-term strategy that will allow facing the 2021-2022 season and the future with a better outlook.

The Committee's strategy is centered on four key pillars: Defense of plant health; diversification into new markets; Increased activity in China; and unity within the sector.

“The unity of the sector is key to be able to implement the first three pillars of the strategy. Unity must be the base on which all the work of the Committee is established. Without it, it is impossible to address the challenges and opportunities in a timely and adequate manner," Tagle said.
The president of the Cherry Committee also called for unity and expansion of the group.

"We must work as a large industry, with all exporting companies together to defend phytosanitary measures, as well as in each of the pillars of the strategy; so the invitation is open to join the Committee and be part of this new journey," Ronald Bown said.