Agronometrics in Charts: Avocado prices and volumes prior to Cinco de Mayo 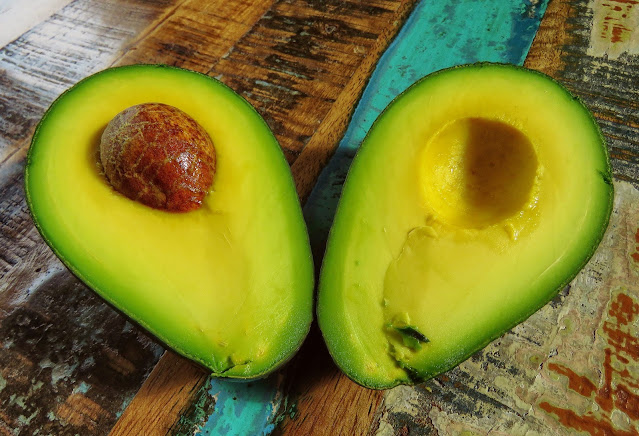 In the U.S. there are two dates on which avocado consumption in the form of guacamole skyrockets. The first is the Super Bowl in early February and the second is the celebration of Cinco de Mayo. On May 5, Mexico celebrates its victory against France helped by other European armies in 1862 at the Battle of Puebla, and Mexicans in the U.S. have established it as Mexican Pride Day.

This week we will take a tour of the prices and volumes of avocados in the North American market in the days prior to celebrating Cinco de Mayo. 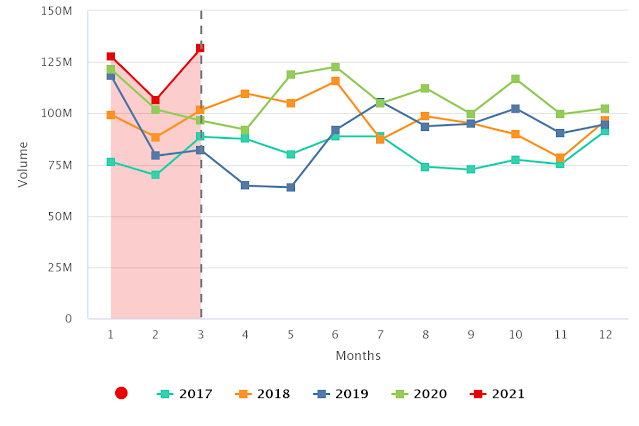 March 2021 was the month with the highest avocado arrivals to the U.S. in comparison to the last five years. As we can see in the previous graph, over 131.6 million kilograms of avocados arrived in the North American market, a 36 percent increase from 2020.

As can be seen from the following graph, the greatest increase in these shipments came from Mexico, marking a record of over 120.7 million kilograms of avocados in March 2021, which was 61 percent higher year-on-year. 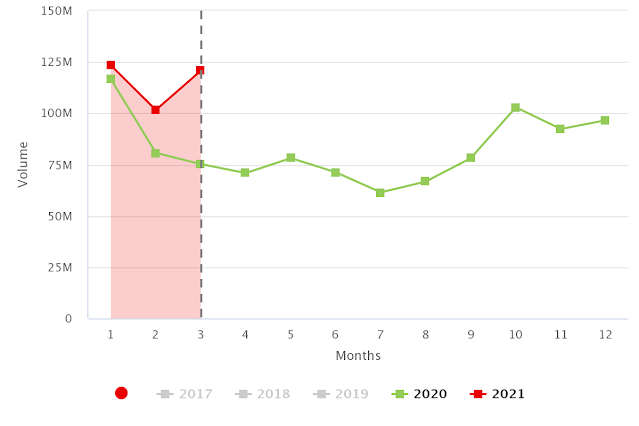 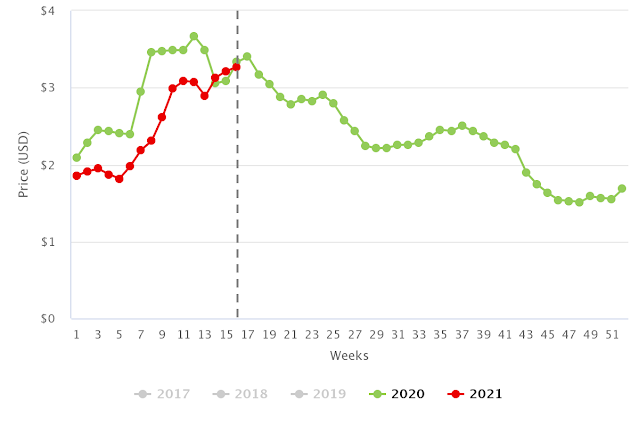 We have to wait and see what the actual situation of the prices of "green gold" after Cinco de Mayo are in the U.S. (which will be reported in future articles). The North American market is dominated by Mexico and avocado supplies are currently strong with rising demand amid the pandemic, as the fruit is seen as immunity-boosting.

Although it isn't a vaccine, the industry believes there is no better recipe for immunity than that of good guacamole this Cinco de Mayo.