Impact of the recent weather events in Chile on the table grape supply and price by John Pandol of Pandol Bros, complemented by charts from Agronometrics. 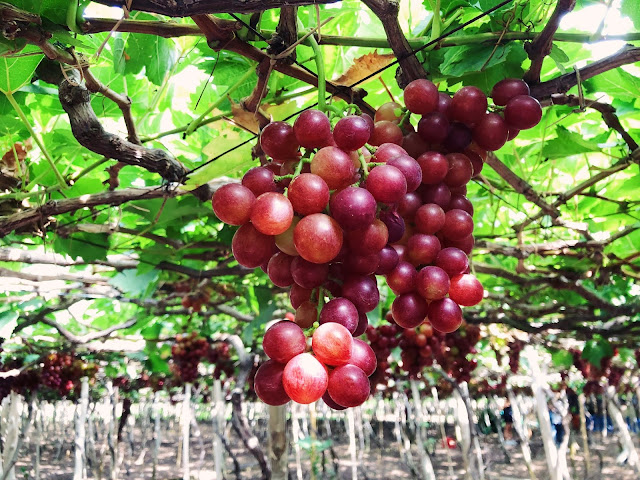 Original published in FreshFruitPortal.com on March 02, 2021

A political survey recently asked, “Do you feel happy when bad events happen to other people?” No. I do not. The recent weather event in Chile, and its resultant losses of jobs, income and food waste, don’t make me happy.

Others may win, true. Other unaffected growers, holders of uncommitted inventories and substitute fruits may do better than they otherwise would have.

But the idea of 'there’s half the supply so the price should double' never happens. It is as unrealistic as believing retailers and consumers will pay more just because our cost of labor or transportation or variety royalties have increased. 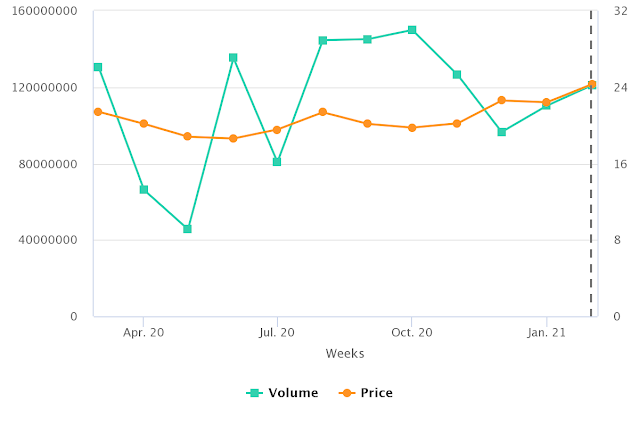 The two largest supply shocks I remember were the San Antonio port closure after the 2010 earthquake and a big rain in early March in the 2000s. Different causes but similar market outcomes.

My memory of the March rain was the news that the general manager of one of the large grape exporters was so affected by the forecast losses he became ill and was sick in bed. In the United States, sellers began to cancel or simply not fulfill committed business.

No one would commit to supermarket ads, even at very high prices. Importers stopped selling and started allocating, withholding any inventory of grapes that had storage potential. Sellers REDUCED demand because one of the biggest sins is creating demand and not being able to supply the product.

That season, however, the forecasts of supply reduction were wrong. Volume was down but not anywhere near the total collapse predicted immediately after the rain. Inventories grew and a short market became a long one. The order to “turn the faucet back on” came too late. The desert growers in California and Sonora had expected a clean floor at the beginning of the season. It was an ugly transition. Demand didn’t collapse; we destroyed it.

The supply shock caused by the earthquake in 2010 was different and perhaps more instructive. Damage to the port as well as interruptions in supplies of motor fuel and electricity suspended operations. Workers needed to clean up and repair their homes. After two or three days the fruit flow began again. Some volume was lost to damage in transit when the earthquake hit, cold stores without electricity and other damages, but the supply shock was really a small delay and not a supply shock at all.


Volumes (in Kg) and prices (in USD) of table grapes from Chile in the US market the year of the earthquake (February 27, 2010) as compared to the previous year 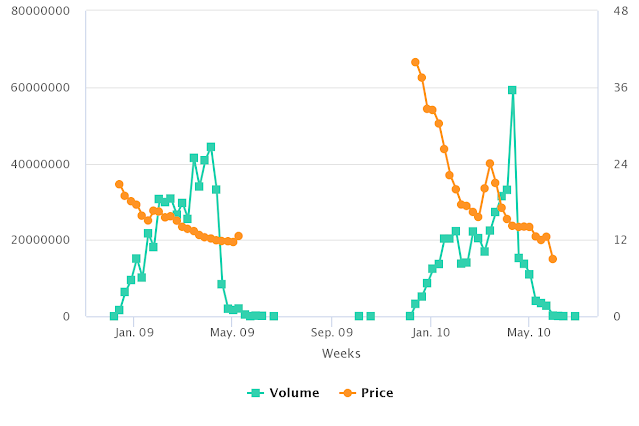 Yet, demand collapsed that season. Why? The Chileans sent two very conflicting messages to the market. The press releases were as described above: no reduction in volume but simply a delay in operation. On the other hand, growers and exporters were instructing their sellers not to commit to ads and to hold back inventory. Retailers tried to buy, plan and promote, but could not reach agreements for supplies of Chilean fruit.

Retailers made other plans to fill their shelves. Inventories filled Philadelphia cold storages and the grapes became old. The decision was made to begin selling again and we started shipping the ‘least bad’ old grapes. These old grapes just don’t sell as fast as fresher grapes and could not compete with fresher, local spring fruits.

Remember: seller behavior can impact demand more than the product, both by our word and by our actions. This thing we call ‘the market’, does not have fixed demand. There are more substitute fruits than ever. Quality standards are relative and not absolute, and buyers will be more or less tolerant depending on supply, but low condition fruit does not sell at retail.

There will be lots of arguments about “the fruit was in good condition when it arrived” or ‘the grapes were in good condition when the retailer received it”. At the end of the day, if produce gets put on the shelf and the shopper or professional e-commerce order pickers pass it over, there may or may not be an adjustment to the invoice but will not be a follow-up order for more fruit. Game over.