Overview of Florida blueberry season in the U.S. market, complemented by charts from Agronometrics. 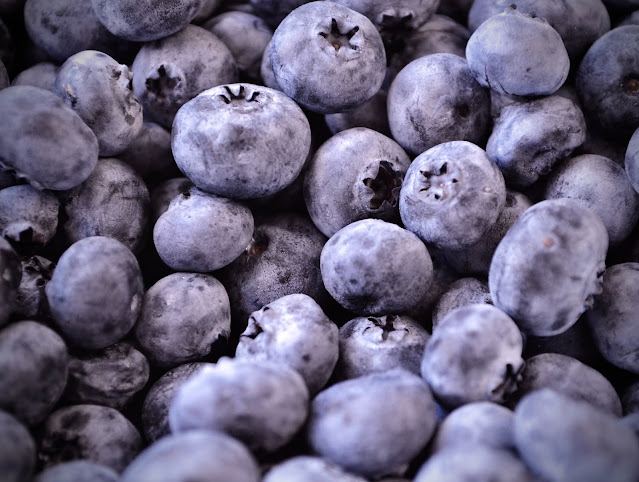 Original published in FreshPlaza.com on March 15, 2021

The Florida blueberry season is slowly starting up. Adam Roe of Noble Citrus shares: “We are starting to get a bit of fruit this week and then next week we should really be kicking off with our volumes. From then on, we should have strong volumes through the end of April.”


Volumes (in KG) of blueberries from Florida in the US Market. 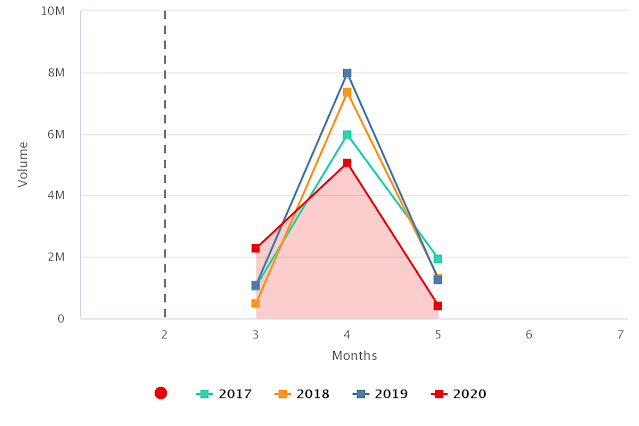 The US and Canada would’ve normally have imported up about half the Chilean grapes that were lost to the rains, equalling as much as 10% of annual consumption, said Pandol, the special projects director of California-based Pandol Bros., a grower, importer and exporter of grapes and other produce.

The overall crop is looking very good, Roe shares. “Volume and quality-wise everything looks good. We have a lot of new varieties coming on here in Florida, which have very sweet and crisp tastes to them, so we’re excited about those this year,” he says.

“The volume looks to be good this year and we expect that we won’t see one strong peak but rather that the volumes will be spread out evenly over the weeks,” says Roe. “Our season will run until Georgia starts up, so that means we might extend into May, depending on how the weather in Georgia might impact the start of their season. Retailers generally turn to Georgia when they start up because of their lower pricing, so that is when the remaining Florida supplies will turn to U-Pick and local sales,” Roe adds.

The retailers are excited for the start of the season too, Roe says. “We are hearing that there will be a good reception from retailers. They are ready for the Florida fruit to arrive because Chile is currently wrapping up their season. The last of their fruit is now on the water, and there are some quality issues with these shipments upon arrival due to the rains in Chile at the end of January,” he explains.


Volumes (in KG) of blueberries from Florida, Chile and Mexico in the US Market. 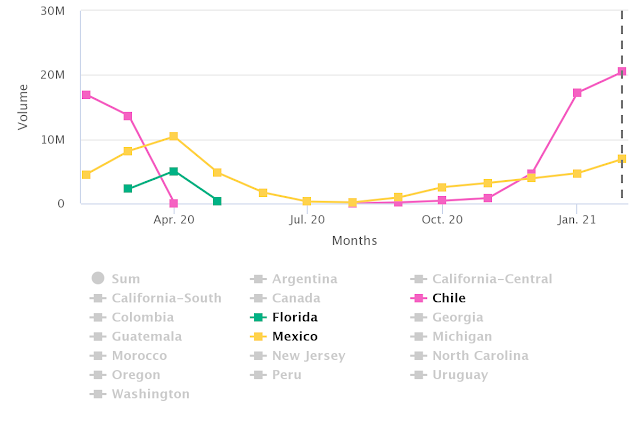 While there currently isn’t much volume on the market, Mexico is starting up with their production now too. “They have low volumes right now, but their peak will arrive somewhere in the Florida window. When that happens, there will be heavy competition with them for market space,” Roe says. Despite this, retailers do place value on the locally grown product. Roe explains: “Locally grown is definitely a factor that comes into play and helps Florida have good retail support. But it’s also complicated for retailers because Mexico has a longer window than Florida does, so to be switching suppliers can be difficult.”

The grapefruit season has mostly wrapped up for the Florida growers, but the Valencia orange supply should last through May or June. The market is seeing the effects of the cold in Texas, says Roe. “The cold in Texas definitely had a big impact on the grapefruit market, but we’re seeing it for the oranges now, too. This time of the year usually sees lower demand, but the demand has remained good this year. We don’t know how long it will last but for now we are definitely seeing an uptick,” Roe concludes.