Overview of the Chilean table grape supplies in the U.S. market, complemented by charts from Agronometrics. 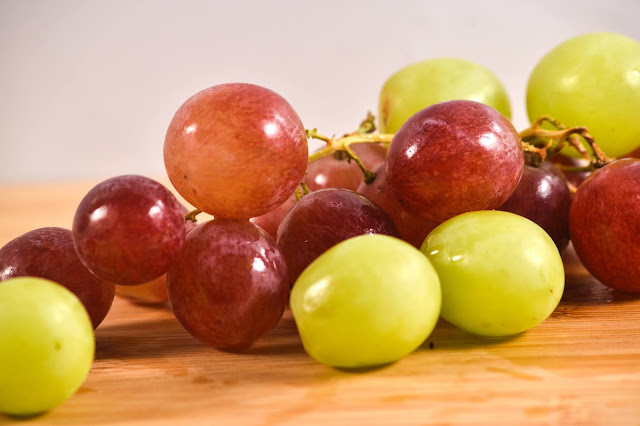 Original published in FreshPlaza.com on March 29, 2021


Volumes (in KG) of grapes from Chile in the US Market 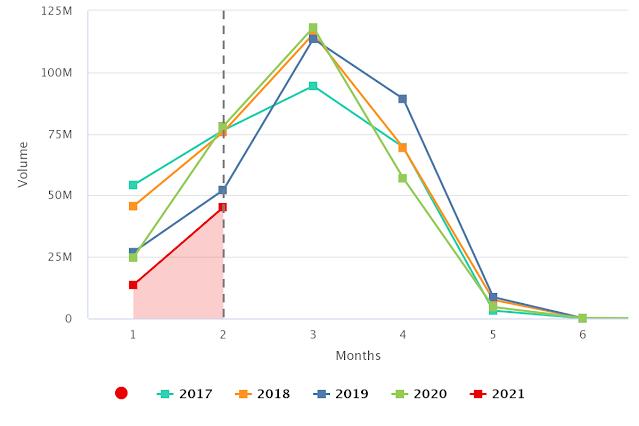 Chile: Larry Davidson of North American Produce Buyers based in Toronto, Canada says the North American market is the closest market for Chile. “While Chile may drop volume to other exporting countries they work with, North America will get the lion’s share of what’s shipped,” he says.

That said, he characterizes the white grape deal as a fiasco currently. “There’s a very small percentage of truly good fruit available,” says Davidson. “A large percentage of the Chilean fruit has condition issues so it will be a challenge until the deal is done.”

Not so much for red grapes though which are more forgiving given they hold up better in the rain, particularly later red varieties such as Crimson. “Chile has shipped as many red grapes within a percentage point of two of the same period as last year. They’ll try and get as much fruit as possible before the marketing order and they will be short, so they should finish earlier in theory,” says Davidson.

That said, Davidson says there’s a sense of panic from growers as a result of the rain-affected crop so retailers aren’t pushing red grape promotions. “Between retailers being scared off of promotions and Chile using North America as its mainstay, growers are rolling the dice with some parts of their crop and hoping they’ll make it,” he says.


Reported prices (in USD) of grapes in the US Market 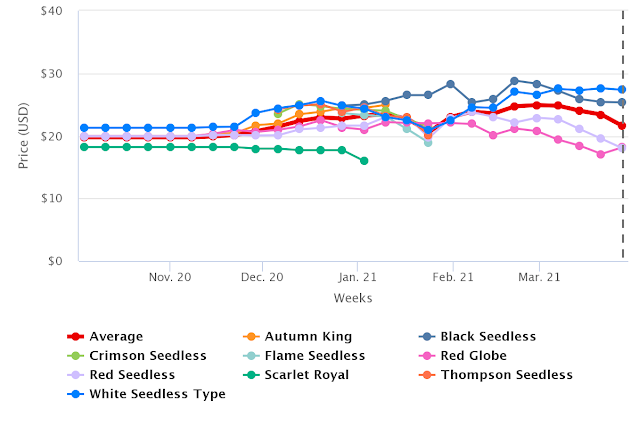 Davidson adds that what’s happened in Chile is indicative of larger environmental issues. “We’re reaping what we’ve sowed,” he says. “There are weather issues everywhere. These “phenomena” are not phenomenal but the norm going forward and we’re going to battle weather issues and supplies going forward unfortunately.”

Peru: Peru is winding down its growing season currently and Davidson notes there’s not much inventory left arriving from Peru.

South Africa: Supplies from South Africa’s Western Cape have ramped up in volume following the Chilean situation. “Especially on grapes to Canada because it’s pretty well received up here,” says Davidson. “It’s making up for some of it. We’ve added on a lot of extra volume from the Western Cape via a few suppliers.”

Mexico: While it’s early in Mexico’s growing season, Davidson notes some Cotton Candy grapes are shipping from Mexico. “A few growers have early volumes but their crops are a little lighter too,” he says. “Mexico is not a factor in the market realistically until we get a little bit mid to late April and then into May.”


Volumes (in Kg) of grapes in the US Market, by origin 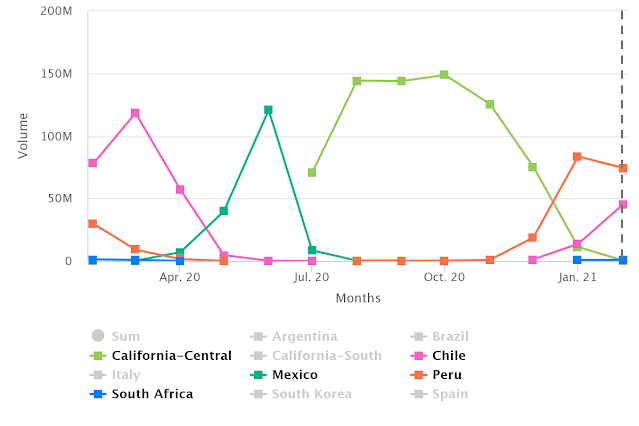 Overall, higher pricing on white/green grapes is here for the short term. “There are not enough good white grapes available for the next two months to allow anything but extremely high prices,” says Davidson, adding that pricing in some instances is 50 percent higher on white grapes compared to last year. “And reds will be a lot more neutral. We may see a bump in red grapes as we get into the latter part of April and into May. But for the balance of March and the first part of April, it’ll be steady in reds.”