Overview of the Washington pear season by Randy Hartmann of Pacificpro, complemented by charts from Agronometrics. 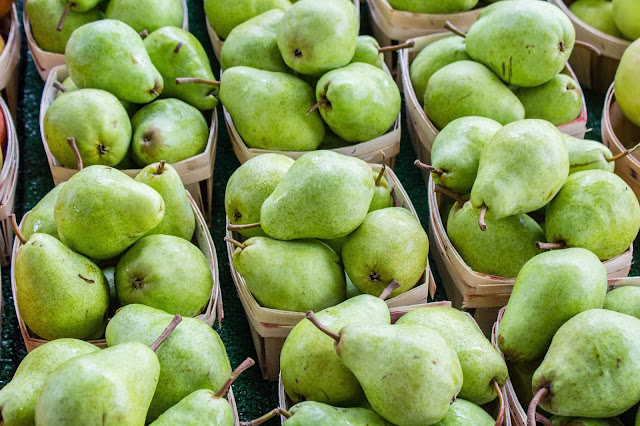 Original published in FreshPlaza.com on February 23, 2021

Pear supplies down slightly for 2020 and consumption trends of the fruit are strong.

Randy Hartmann of Bellevue, WA-based Pacificpro notes the total Northwest pear crop is down from 2019. “The largest variety grown in Washington and Oregon is the Green D'Anjou variety, accounting for approximately 50 percent of the total pear crop and that was off from early projections of around 8.5 million cartons, to closer to 8 million. That’s down around 11 percent year-over-year,” he says. “Much of the decrease can be attributed to lower yields on some older orchards.”


Volumes (in Kg) of pear from Washington in the US Market 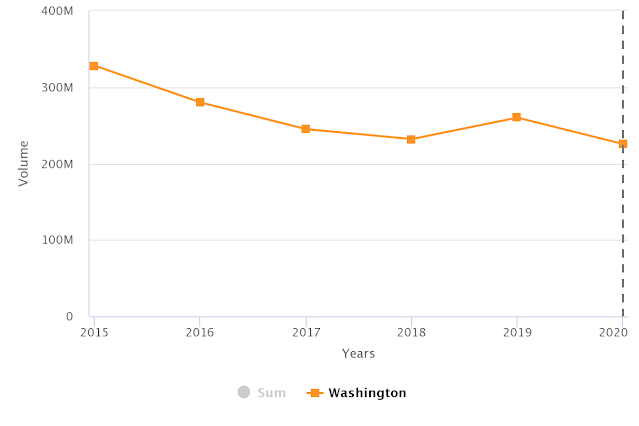 Those older orchards producing lower yields are proving to be a challenge for the Pacific Northwest. “This combined with the increased costs of labor, and other growing, harvesting, packing and marketing inputs creates increasing economic challenges and viability for growers,” he says.

At the same time, Hartmann says Bartletts are up approximately 500,000 cartons year-over year. Together, these two varieties account for 75 percent of the total pear crop while Bosc accounts for another 14 percent and Red D'Anjou approximately five percent.

In storage supplies, current volumes in Washington and Oregon look similar to previous years. (Generally, supplies in the Northwest are coming from Hood River, OR and Wenatchee and Chelan, WA.) “We anticipate having D'Anjous available into the summer months. Improvement in recent years in growing, harvesting and storage has allowed growers and shippers to extend the domestic pear season,” Hartmann says.

On sizing though, he does note availability is heavily concentrated in the 60-90ct US#1 grades which are the sizes typically used by retailers and consumers who buy whole pears. “Smaller sizing, 110-165ct, are used primarily for foodservice and remain very tight this year due to sizing peaking on the larger sizes,” says Hartmann. “In addition, the reallocation of small sizing to pear bag programs to meet stronger retail demand this season--the result of COVID-19's impact on consumer buying trends--is creating additional demand for small sizes at the retail level.” 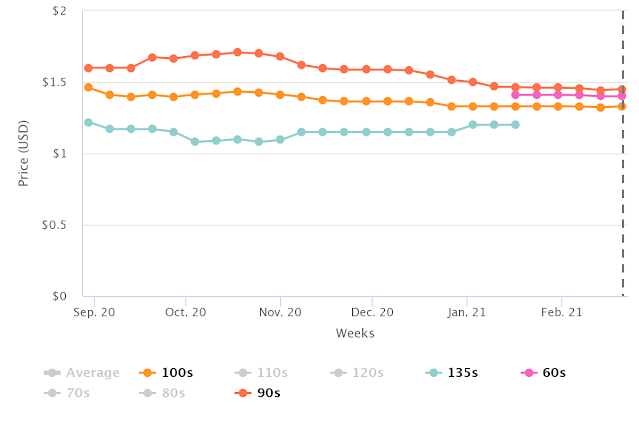 As for competing regions, Hartmann notes that South American pear imports to the U.S. were slated to start in the next seven to 10 days but have been delayed three to five weeks due to COVID-19-related restrictions.

On pear demand, Hartmann anticipates consumption to remain strong and grow even. He says this has already been seen thanks to the steps growers are taking to invest in their orchards, production and catering to consumer demand. “The D'Anjou movement is picking up to replace Bartlett demand. We should have retail size D'Anjous until mid-August. Overall, the region has become better at storing and ripening to better cater to consumers demand. On a D'Anjou for example, the goal is to ship around 10lb pressure and to sell to the end consumer at their researched preference of 4-5lb,” he notes.

All of this leaves pricing on the smaller sizes very strong thanks to short supplies and increasing foodservice demand as certain markets reopen. “On average, pricing is up $3-$4 per carton this year from 2019,” says Hartmann. “This is the result of a shorter crop, overall better quality, larger percentage of higher-grade fruit and retail sizing, good pack-outs and fewer defects. The 2020 pear crop has been a phenomenal one quality wise. The U.S. retail category has seen sales up eight to 15 percent year-over-year.”


Price (in Kg) of pears from Washington in the US Market 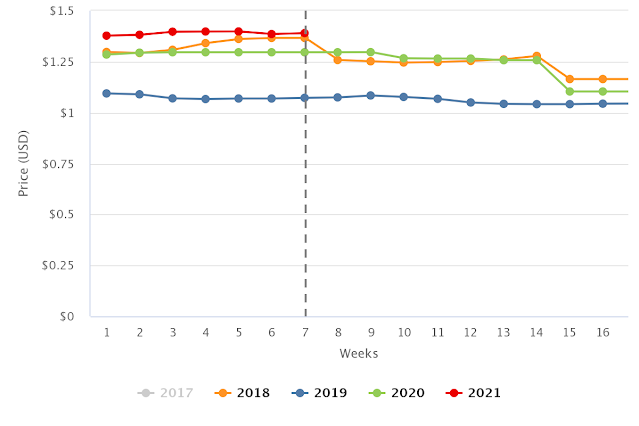 Looking ahead, Hartmann says retail grade and size Bartletts should be available for another two weeks and will be replaced shortly after by imported Bartletts. “We could gap domestically for a couple of weeks this season,” he says.