Colombia ramps up avocado exports to U.S., on journey to become alternative supplier

Overview of the avocados from Colombia in the U.S., complemented by charts from Agronometrics. 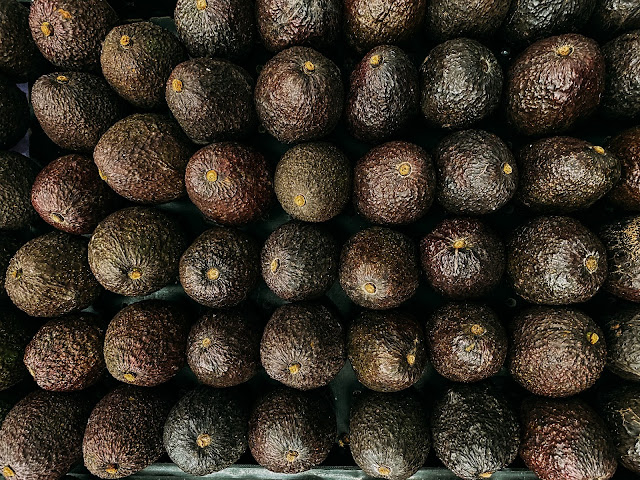 Original published in FresFruitPortal.com on February 15, 2021

Since gaining market access to the U.S. in August 2017, Colombian Hass avocado exports have increased significantly and industry stakeholders are optimistic about a bright future.


Volumes (in KG) of avocados from Colombia in the US Market 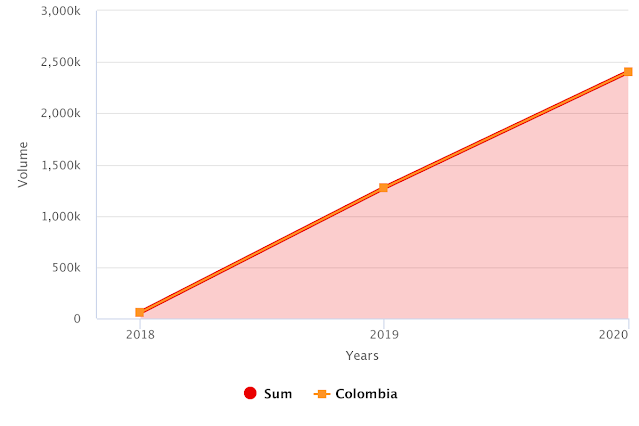 To get a sense of what the future could hold for exports to the U.S., FreshFruitPortal.com spoke with Jorge Restrepo, the executive director of national industry body CorpoHass, as well as representatives of two of the world’s biggest avocado companies, Westfalia and Mission Produce, which both have extensive operations and growth plans in the country.

According to Restrepo, exports have grown “at a faster rate than was expected” in terms of year-on-year percentages.

These numbers pale in comparison to the supplies Mexico and Peru ship to the U.S. - as well as volumes shipped by Colombia to the EU, its leading market. But they show a strong upward trend that is set to continue well into the future and eventually position Colombia as a reliable alternative avocado supplier for U.S. retailers and foodservice operators.


Volumes (in KG) of avocados in the US Market 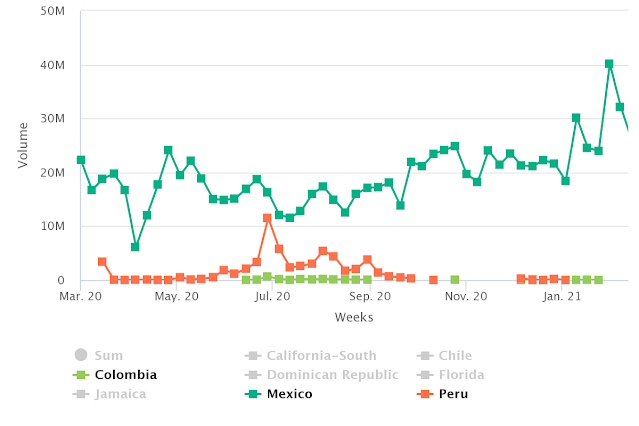 “We are forecasting annual growth of at least 50 percent,” Restrepo said.

Restrepo explained that exports to new markets such as the U.S. depend on compliance with the operational work plan. This includes the control and monitoring of quarantine pests both on the property and in the buffer zone for a determined minimum period.

In the middle of 2019, the phytosanitary protocol was relaxed. This has allowed exports not only to be greater in volume but also more frequent, especially during the slower part of the harvest, he said.

“As of December 23, 2020, the last update date, there were 94 licensed farms in six departments and 15 packing plants in five departments. This number is constantly increasing," he said.

“As the number of orchards meeting phytosanitary requirements increases, the potential export volume will increase significantly,” he said. “Of course, other factors such as size requirements and pricing will also need to be considered.”

Aguilar expressed confidence that Colombian avocados could become a long-term source of avocados for the U.S. market as many growers are developing their operations to extend their seasons in order to meet growing demand.

After Mexico, Colombia’s geographic location is the best suited to supply customers in the U.S. effectively, with just a few days' transit time to the East Coast. The country also produces when supplies from Mexico tend to be low, meaning that it can fill market gaps.

“In 2020 Westfalia Fruit Colombia exported a significant quantity to the USA and we predict continued growth for this year,” Aguilar said.

He also stated that the creation of the Colombian Avocado Board further increases the country’s potential as it “is enabling the active promotion of Colombian avocados and, as the number of authorized orchards increases, US importers can be assured of consistent supply.”

A representative of Mission Produce - which also has big plans in Colombia, where it has partnered with Cartama - said the country is an emerging source with promise due to the high quality of the fruit and its ability to provide support in meeting global demand.

With that said, Keith Barnard, Mission's VP of Global Sourcing, also acknowledged that Colombia is fast-growing and still has a ways to go before becoming a major supplier in the U.S.

“As a source, it does need time for the plantings to mature and for more to occur,” he said. “When you compare the hectares by country, Colombia will need to increase to join the top players such as Peru or Mexico.”

“It is still very limited when compared to other sources or overall demand,” he said “This is very common of emerging sources and newer plantings. As new plantings continue to go in the ground and production increases, we will see the volume numbers tick up, which is very exciting for U.S customers to have an additional option of consistent supply.”

A strategic alternative to Mexico and Peru

According to Restrepo, the Export Registry of Colombia's phytosanitary watchdog ICA listed 17,221 hectares in December 2020, and the goal for 2021 is to reach 23,000 over the course of this year.

“There are many crops in early stages of planting and production that are not currently registered and therefore the total estimated figure that includes them would be speculative,” he explained.

In addition to exports to the U.S., as the volume of Hass avocados grown in Colombia has increased, exports to Europe have done the same. Restrepo placed the projected sustained growth for Europe at 50 percent at least. And while he expressed optimism with respect to potential growth in the U.S. market, he did not predict it to be at Europe’s expense.

“Today it [the U.S.] represents between 3 and 5 percent of total exports depending on the period where it is measured, thus ranking between the fourth and sixth most important destinations,” he said.

“We hope that the creation of the Colombia Avocado Board, an instrument to promote our origin in the USA, will increase interest in this market, not only for producers but also for exporters. At these levels, I do not think that exports to Europe will be affected”.

Asked what message the two avocado exporters would give to U.S. retailers and restaurants who are impatient to ramp up supplies from new origins like Colombia, Barnard said it was important not to compromise on quality.

“The best thing to do is keep a pulse on things but focus on making sure you have supply that can meet your demand and standard,” he said.

“If you rush things or get out of alignment with seasonality you could get fruit that is too early and the dry matter won’t be there, which will affect the flavor profile. Diversification and flexibility of size and source are key components to making sure avocados are always available in the back of the house.”

Aguilar said there is no doubt that for the Colombian Hass avocado industry, all sectors within the U.S. market are a priority from retail to foodservice.

As the potential volume to export increases, retail, foodservice and wholesale importers can be assured of good quality and consistent supply throughout the year, he said.

“Colombia has the benefit of a tropical climate where avocados can be grown sustainably, with all irrigation sourced from rainfall and the continued protection of forests and soil quality to maintain and nurture existing and new orchards,” he said.

“To supply consumers for 52 weeks in a year it will be necessary to import avocados. Although Mexico will continue to be an important supply option, it makes sense to have alternative markets in place, such as Colombia, to diversify risks. Colombia will be able to become a strategic alternative option to customers in the USA.”

Correction Feb. 16, 2021: A previous version of this article incorrectly stated that Westfalia is in partnership with Subsole in Colombia. This has now been corrected.