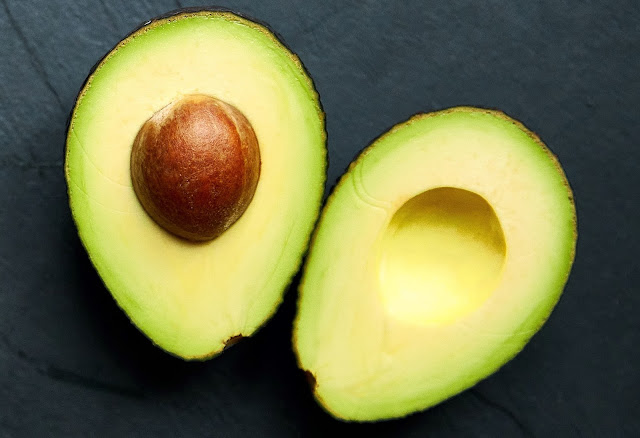 Coming into the Superbowl, Avocados producers push through record volumes once again. The superbowl is the largest promotion event of the year and the timing couldn't be better. January is the height of Mexico's season, the world's largest avocado producer, allowing the origin to join into the celebrations as millions of Americans tune into the big game, chips and guacamole in hand. 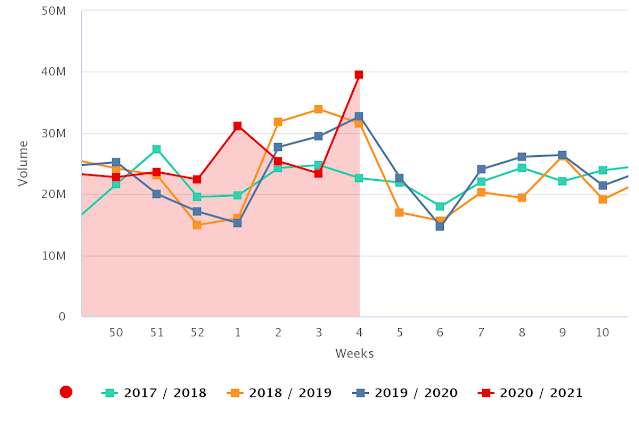 Although Covid has much of the US locked down and the CDC has published guidelines recommending that people watch the game safely without having large gatherings, there is reason to believe that guacamole will still play an important role in this year's big game. First of all, guac is delicious even if you are a party of one. Second of all, the price has rarely been more attractive.

To be more specific, from 2000 to present week 4 has only seen one year with a price lower than the $21.61 per Carton 2 layer. Only in 2013 were avocados cheaper, which long time industry observers will remember was brought about by an unexpected glut of mexican volume that saw a 43% increase in volume compared to 2012 and Mexican exports to the US breaking the 500 M Kilo mark for the first time. Today the industry is much more established. With Mexico on its way to breaking the 1,000 M Kilos of avocados exported to the US, the sheer scale of the operations is astounding. Week 4 moved 38 M Kilos from Mexico by itself. The largest volume Mexico has ever shipped in a single week. 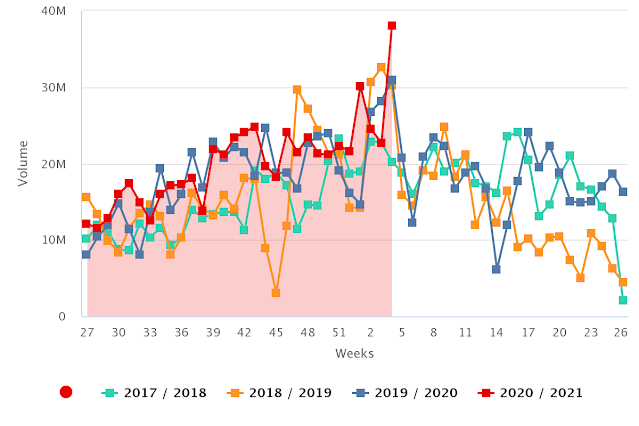 Calculating Mexico's season from week 27 to week 26, the 2020 / 2021 season has so far come in 8.46% higher than last year's volume. Impressive growth no matter how you look at it, but notably lower than the 12.00% increase we saw comparing the same periods the year before. Given that week 4 last year saw the highest price we have on record so far the pricing the market is seeing this year may be lower than what I would have expected.

It’s possible that avocados as a category are beginning to mature, however, it is still too early to call. I was also surprised last season by how high the pricing was given the volumes that were arriving in the US. One explanation could be that logistics managers last year probably had too much volume committed to program leaving a deficit in the spot markets which is the pricing that the USDA reports on. Not looking to make the same mistake again there probably was too little volume committed to program this year, leaving too much volume in the spot market and depressing prices more than they should. This is a particularly problem for mexican producers who sell most of their produce at farm gate with prices indexed to the USDA´s Shipping Point.

On a cautionary note, in 2013 when prices fell below $20 per carton, a strike ensued. Finding the right commercial mix is difficult, especially considering the growth that the category has seen. When working at this scale, stable pricing that covers production costs is essential to keep shelves stocked, reactionary measures and dramatic swings in commitments can add dangerous levels of instability.