Overview of the upcoming mexican lime season, complemented by charts from Agronometrics. 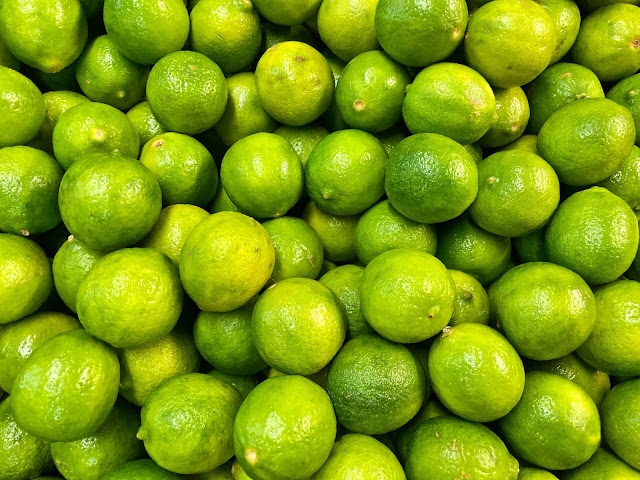 Original published in ProduceBlueBook.com on January 15, 2021

According to Cesar Cortes Bello, the President of the Persian Lime Product System, the start of 2021 will present difficulties for producers and packers of tropical fruits and avocados.

Cortes stressed that “exports in January and part of February will be very slow, [and] we must prepare for March and April as shortages are expected,” as reported by El Heraldo.

Strong floods in the South-Southeast of the country affected the production in its quality, as well as a small shortage in the center of the country in the aforementioned months, Cortes says.


Volumes (in KG) of limes from Mexico in the US Market 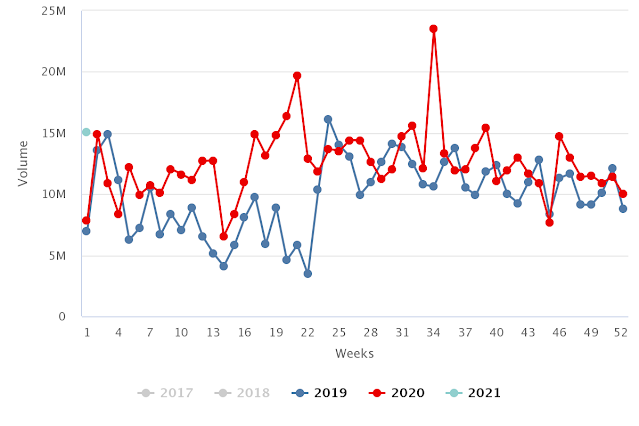 Because of this, Cortes called on the states of Veracruz and Oaxaca not to speculate on prices in January.

“It’s better to make moderate cuts to avoid poor quality limes so that when the United States opens its demand to 100 percent, there is the opportunity to sell them, especially to the states of New York and California, which have the biggest demand for lime and Mexican avocado,” Cortes says.

Cortes says demand had fallen by more than 70 percent because of the pandemic and hopes that everything will change and that the winter season doesn’t last too long in the U.S.

He insisted that producers make moderate cuts to maintain supply throughout the year and avoid shortages, at the end of the year the purchase of lime were between four to five pesos per kilo of excellent quality.

“Sadly, this week several exporters had a poor-quality product, and prices decreased by 35 to 40,” he says.


Price (in USD) of limes from Mexico in the US Market 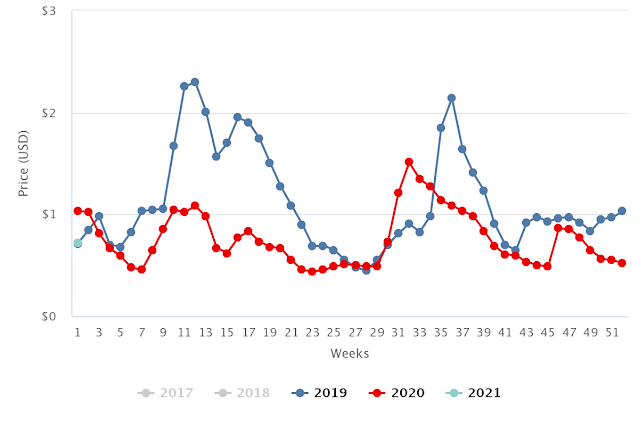 He argued that this situation is worrying for the months of greatest demand since some producers are betting on speculations and generating anticipated harvests to sell at high prices in exchange for a shortage in the rest of the year.

Since the middle of last year, producers of citrus fruits such as mandarin, orange, and grapefruit observed that the 2020 harvest could be reduced, due to the severe droughts that hit the country, as reported by El Financiero.

It is projected that citrus production would close 2020 with a fall of up to 50 percent annually. While this is bad news for Mexico, is not for U.S. producers, who consider that the collapse in the citrus production will reduce imports or oranges, mandarins, and grapefruits in the U.S.

This makes them hopeful it will increase the prices of its products and make better use of the domestic market.

July 31, 2020
Overview of the northwest blueberry season by Doug Krahmer of Berries Northwest, Cort Brazelton of Fall Creek Farm and Nursery, Kasey Cronquist of the U.S. Highbush Blueberry Council and Mark Hurst of Hurst's Berry Farm, complemented by charts from Agronometrics. Original published in www.capitalpress.com  on July 30, 2020 ALBANY, Ore. — On a seasonably warm July afternoon in the fertile Willamette Valley, Doug Krahmer stood between rows of organic blueberries and watched as a large mechanical harvester rolled slowly through the field, rattling bushes heavy with ripe fruit. Measuring a little more than 15 feet tall, 11 feet wide and weighing 7 tons, the harvester seemingly floated in the distance over neat rows while fiberglass rods, or “fingers,” shook the berries onto a conveyor belt that swooped them to the upper deck and into plastic crates. From there, the crates were loaded into refrigerated trucks and driven from the farm north of Albany, Ore., to a packing shed ea
6 comments
Read more

October 20, 2020
This week we're going to check out how prices of blueberries, raspberries, strawberries and blackberries have been behaving in the U.S. market compared to previous seasons. Blueberries Let's start with blueberries, which over recent weeks have seen similar prices to 2019, although they have improved somewhat over the last two weeks. Looking at the chart below, we can see that in week 42, the average price of conventional blueberries was US$9.07 per kilo, which is 8% higher than in 2019. Volumes are coming from Mexico and Peru. Prices of non-organic blueberries in the U.S. market (USD per kilo) Source: USDA Market News via Agronometrics . (Agronometrics users can view this chart with live updates here ) Raspberries Raspberries meanwhile have throughout this year experience sharp peaks and valleys, although in recent weeks prices have tended to stabilize. As can be seen in the chart below, in week 42 prices were US$8.39 per kilo, which is 18% up on 2019. The U.S
1 comment
Read more