Overview of avocados from Colombia in the US market, complemented by charts from Agronometrics. 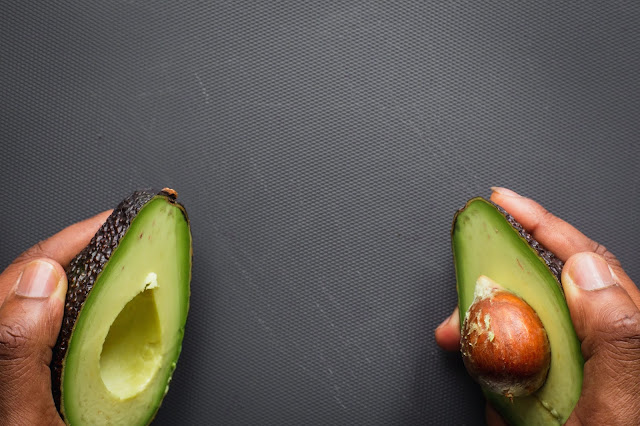 Original published in ProduceBlueBook.com on December 15, 2020

Long a familiar feature in European supermarkets, Colombian avocados are coming to the United States. A new industry organization, the Colombia Avocado Board (CAB), has been formed to promote the fruit in this nation.

William Watson, formerly of the National Mango Board and the National Watermelon Promotion Board, will serve as managing director.

“Colombia is the newest origin,” observes Emiliano Escobedo, executive director of the Hass Avocado Board. “There’s a lot of investment going into Colombia. Volume out of Colombia has been relatively small,” but, he notes, “it’s a relatively young industry, with great potential.”


Volumes (in KG) of avocados from Colombia in the US market 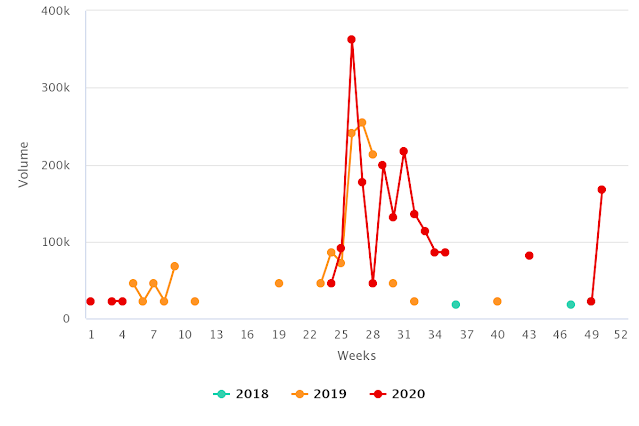 The CAB will promote Hass avocados.

Earlier this year, USDA approved the application for the CAB to operate under the Hass Avocado Promotion, Research, and Information Order (HAPRIO). The CAB will receive 85 percent of the levies charged on Colombian avocados for promotional and other purposes.

Colombia enjoys a number of advantages compared to other avocado producing areas, including California and Chile. The avocado tree is extremely thirsty, requiring 40-50 inches of rainfall a year.

That’s a lot more than the California avocado growing region (roughly between San Luis Obispo and San Diego) gets. Ventura County, a leading producer, receives an average of 17 inches of rain a year (less than half of the U.S. average of 38 inches)—meaning that the rest has to come from irrigation. Irrigation water is an increasingly crimped resource in the semiarid state, which has recently begun trading water futures on the Chicago Mercantile Exchange.

“Colombia enjoys many advantages: water, weather—political conditions now,” Lopez adds, noting that the political situation in the country has stabilized in recent years.

The nation also produces the crop year-round, meaning that “Colombian avocados are in season for Cinco de Mayo and the big game, America’s favorite time to purchase Hass avocados,” says the CAB website, referring to America’s traditional food—guacamole at Super Bowl parties. This means that the Colombian product may compete with its Mexican counterpart, whose peak season is from October to February. 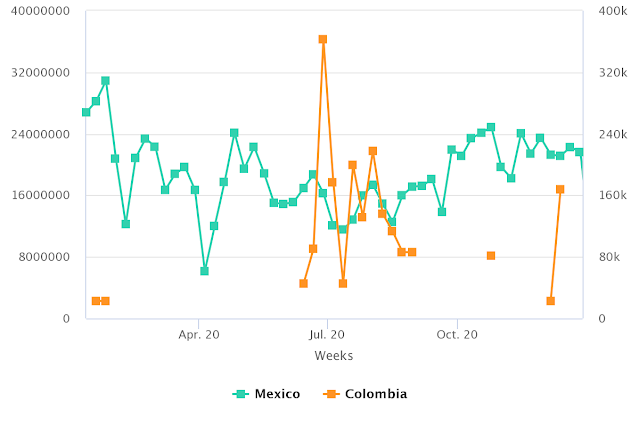 That competition may not matter if U.S. demand keeps up its staggering growth. According to USDA, per capita avocado consumption has tripled from 2001 to more than 8 pounds per person.