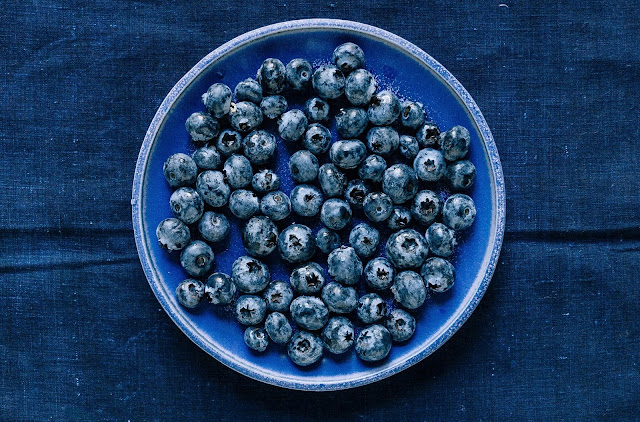 This week's article takes a different tone from our normal publications. I want to take the opportunity to highlight the work Tomas Prusa did, analyzing the blueberry markets for the Coalition for Progress and Health, an organization that was formed in response to the USITC section 201 investigation which opposes US import limitations.

Before this takes a political tone, it’s important to highlight that Agronometrics is not taking a stance in the investigation. We have clients who are on either side and we look to support every subscriber with the same data and the same level of customer service.

Dr. Prusa, a professor of economics at Rutgers University, and a consultant to the coalition hired our service shortly after the US Trade Representative made the formal request to the USITC to initiate the section 201 investigation. As a customer of our service, we helped explain how to use the Agronometrics platform and make sense of the USDA data as we would do with any other client.

The resulting report, An Economic Analysis of the Competitive Dynamics in the U.S. FreshBlueberry Market is a very interesting study on the blueberry markets. Dr. Prusa dove deep into the datasets that the USDA, IBO, USHBC, and others, comparing and contrasting different sources of information to form the most complete view of the US blueberry industry’s data that I have come across.

The report was created to help the coalition's lawyers argue their case before the USITC, so it clearly makes an effort to demonstrate there is little effect on the competitiveness of US producers. Although I don't necessarily agree with all the findings, there are many interesting insights to be gained including novel ways that the data from the Agronometrics platform can be visualized. In what follows I have cut and pasted some figures and tables from Dr. Prusa’s report (which explains the odd figure and table numbering). 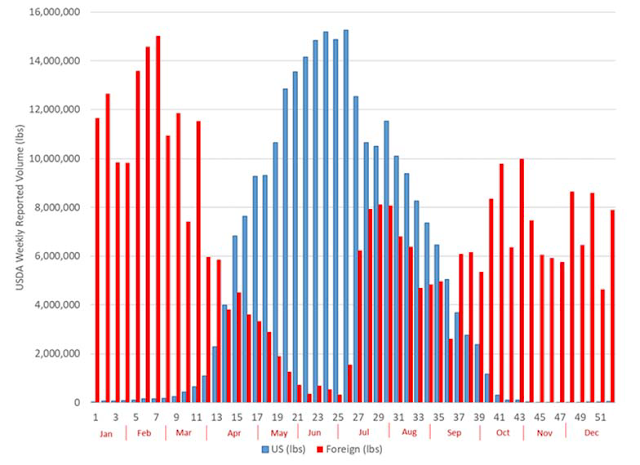 One thing the report does very well is to offer an in-depth analysis of the US markets. The information will not surprise long term observers of the industry, suggesting that efficiencies in production and newer varieties with desirable commercial characteristics are driving growth and profitable businesses.

Origins that have not been investing in their fields are not faring as well. Comparing yield analysis with growth from different regions is very telling, showing strong growth from the west coast where yields are high compared with the decrease in production from “traditional producers” where yields are low. 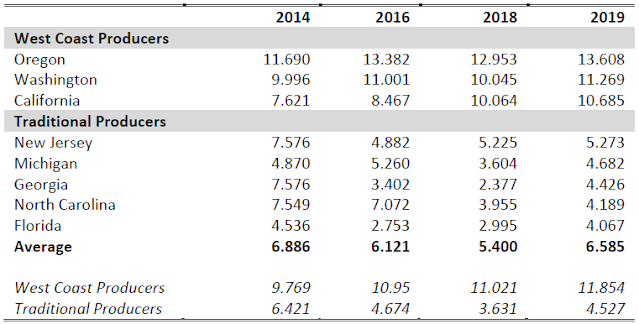 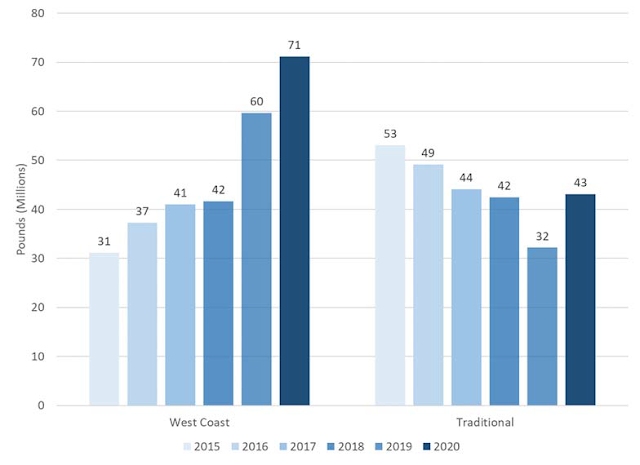 Another interesting chart looks at the seasonality of production comparing Western producers from the rest of the country. It does a good job illustrating how the US market is split into two separate worlds. 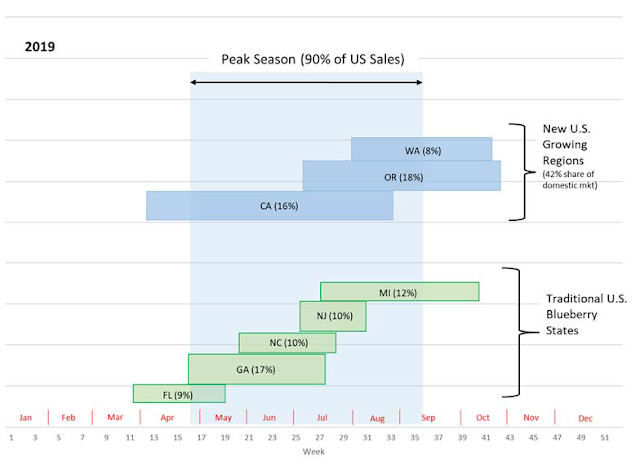 The report even dives deeper, expanding on the varieties that are being used in different markets with the western states clearly more invested in newer varieties and genetics while traditional producers are lagging behind.

36 Affidavit of Soren Bjorn, Driscoll’s of the Americas (Appendix B).

37 Affidavit of Soren Bjorn, Driscoll’s of the Americas (Appendix B).

As this article goes to press, the hearing for the US ITC investigation is being held. Through this process, it is the vote of the five commissioners that will decide whether or not there will be a recommendation of imposing trade restrictions.

That said, the report by itself has much to offer including information on imports, pricing, and an econometric model measuring the impact of imports on domestic growers.

I encourage anyone in the blueberry industry to take a look at it as there are plenty of valuable insights to be gained.