Overview of the grape exports from Peru, complemented by charts from Agronometrics. 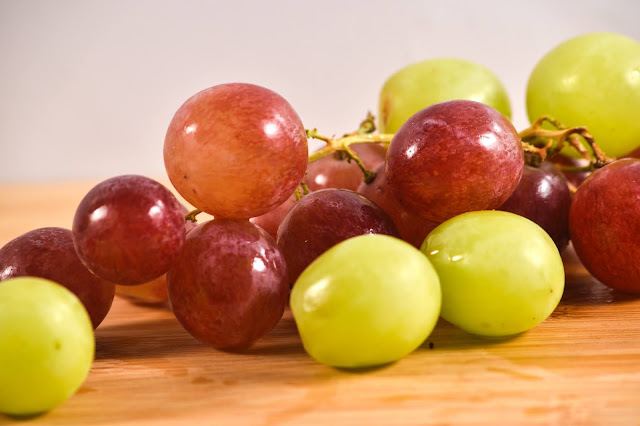 Original published in FreshFruitPortal.com on December 14, 2020

The Peruvian farmworker protests won’t have a considerable impact on grape exports bound for the U.S, numerous importers have said.


Volumes (in KG) of grapes from Peru in the US market 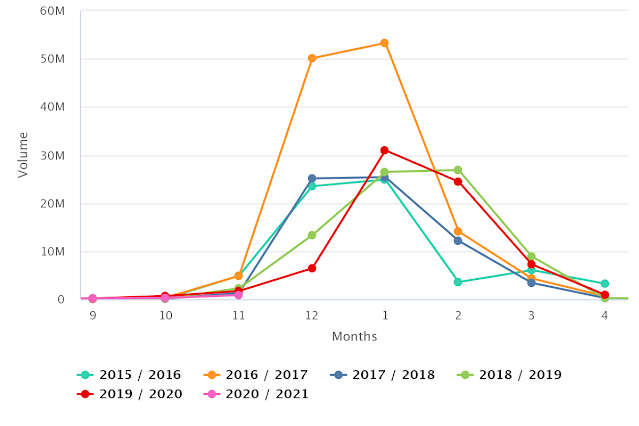 This news comes after a week of protests led by farmworkers over workers’ rights and better wages subsided with Congress repealing the Agrarian Promotion Law.

“We are not expecting any interruptions in operations for the time being and product flow to the U.S. market, for now, appears to be uninterrupted,” Brian Schiro, Vice President of Jac. Vandenberg told FreshFruitPortal.com.

“The strike is over and currently things are stable. Picking, packing and shipping were all back to normal for most of (last) week."

Two week ago the Peruvian government asked for 15 days to evaluate and make a final decision about the new labor law that was requested by the agricultural workers.

“Hopefully, all parties involved will be content when this new legislation is announced, otherwise there is potential for further protests,” Schiro said.

Other industry members felt similarly, if the protests didn’t end as quickly as they did it is possible that there would have been more issues.

“I think if the strike had been extended past the one-week period, there was a possibility that it would have impacted exports, but I think we were able to overcome any potential issues,” Tim Dayka of Dayka & Hackett LLC.

The demonstrations were interfering with the harvests of certain crops and halting hundreds of trucks carrying fresh fruits along the Pan-American Highway south of Lima.

“The blocking of the highways from farms to ports had the biggest impact on our imports. It changes the flow some, but doesn’t have a large impact,” said John Pandol, Director of Special Projects for Pandol Brothers Inc.

The Association of Agricultural Producers Guilds of Peru (AGAP) said that farmworkers were mainly protesting against the use by some agricultural companies of third-party worker contractors acting as intermediaries.

At least part of the issue was the lack of regulation of certain companies.

Since the resolution of the Peruvian protests, it has been “business as usual,” Dayka said.