Overview of the Chilean table grapes season by Christian Corssen of Compañía Frutera Santa Maria, complemented by charts from Agronometrics. 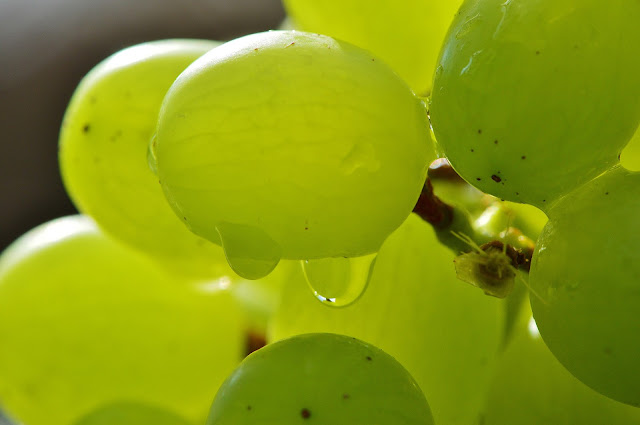 Original published in FreshPlaza.com on December 17, 2020

The Chilean grape harvest started at the beginning of December and while the season is off to a slow start, the overall outlook for the season projects a 10-15% increase in volume.

First volumes to arrive to the US in week 52

The grape harvest started in the northern part of Chile. Christian Corssen of Compañía Frutera Santa Maria (CFSM) shares: “The early volumes are lower than we expected. The northern growing regions are generally somewhat erratic, and the weather during the growing season slowed down the maturation of the grapes. So, while the season started on time, the start of the season was slower than expected.”

Despite this slow start, Corssen expects the volumes to start ramping up soon. “Next week we should start seeing an increase in volume, and then the northern growing regions will start peaking between week 52 and week 1. For the whole of Chile, the forecasted volumes should be up between 10-15%, and for us at CFSM we expect an increase of 11%. So, while it’s been a slow start, we will start catching up soon. The quality and sizing so far have been better than last season, too, so we are optimistic about the overall quality of this season,” Corssen says. 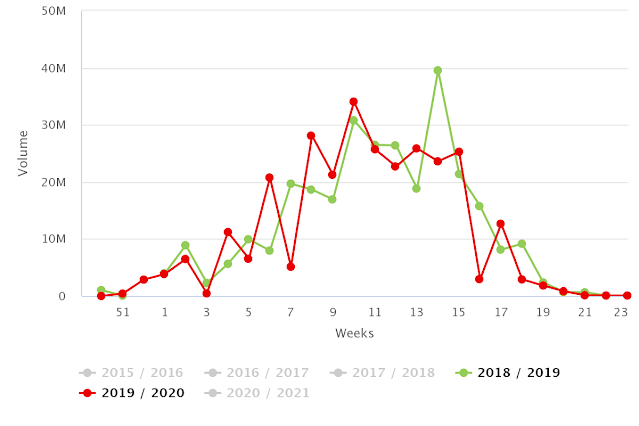 While CFSM has been expanding their exports to the Far East in recent years, the United States continues to be their main market. Corssen shares: “We are currently loading our first vessels for the US market which will arrive on the East Coast in the last week of December.”

As California is wrapping up their domestic grape season, the Chilean grapes are entering the US with good timing. “The California green seedless should finish off by the end of December. Our early varieties are green seedless so it will be a good time for Chile to enter the market,” says Corssen, adding: “California should finish off with their red seedless early to mid-January, which is when the Chilean red seedless grapes will be ready to supply the US.” 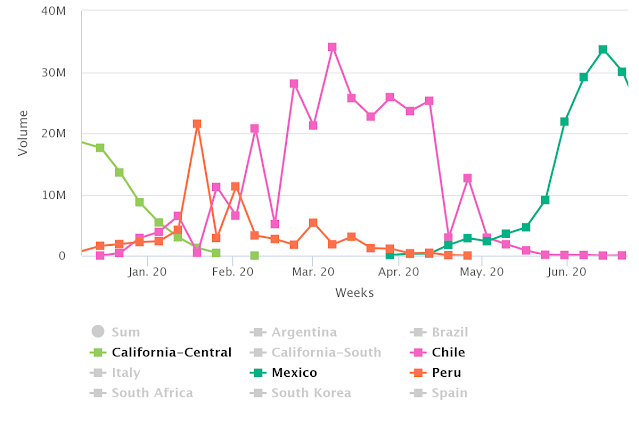 Grape demand not at its peak

With consumers putting a large focus on vitamin C packed foods, the grape demand is not at its usual levels. “Consumers are preferring foods like citrus, berries and kiwis. The grape industry hasn’t been as successful in promoting all the nutritional benefits of the product, so demand has lowered a bit as people are preferring to eat more vitamin C. Additionally, most countries are still seeing basically non-existent foodservice sectors, which has also affected demand. Now that the vaccine has been released, though, we are optimistic that demand will start to pick back up in the next few months,” Corssen says.

With demand being lower than usual, it is even more important than usual to focus on quality, says Corssen. “The main challenge for all the Southern Hemisphere suppliers this season, under the circumstances of the pandemic, is ensuring we have good quality. When demand is uncertain, that is the key,” Corssen concludes.