Overview of the avocados in the US market, complemented by charts from Agronometrics. 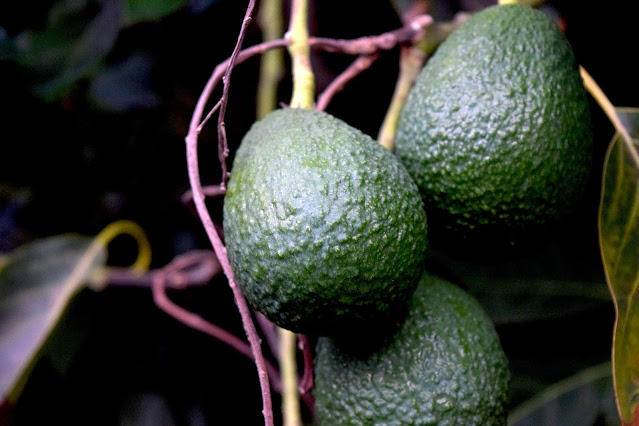 Original published in FreshPlaza.com on December 21, 2020

Jose Antonio Gomez Bazan, the Managing Director of Camposol International, said that avocado consumption in the United States, a market that imports more than 80% of the avocado it consumes, was expected to reach 1,800,000 tons in 2030, i.e. 50% more than the 1,200,000 tons it currently consumes. According to Gomez Bazan, this forecast was based on statistics of the increase in per capita consumption and population growth.


Historical volumes (in KG) of avocados in the US market, by origin 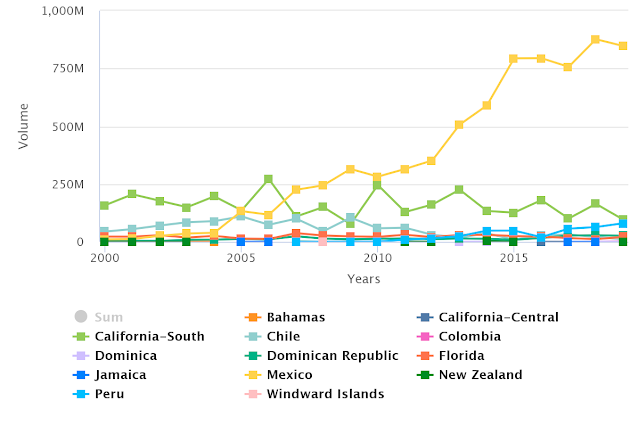 Since 40% of the avocado that is consumed in the US market is sold via the Horeca channel, this year's avocado consumption was expected to decrease more than it did because of the restrictions there were on this channel due to the pandemic. The decrease, however, wasn't so bad because consumption from the retail channel grew significantly. “American supermarkets had never sold so much avocado as in 2020. Sales grew by 20% to 30% in volume over the historical records of previous years. This increase, however, didn't replace all the consumption of the Horeca channel,” he said.

The Camposol representative stressed that Europe was the most interesting market for many Peruvian businessmen because the American market was sufficiently supplied by Mexico and California. In fact, in the last 8 years, Peru has increased the volume of avocado it exports to Europe at an annual rate of 17%.

Gomez Bazan said that Europe had gone from consuming 380,000 tons in 2010 to 800,000 tons nowadays. "The positive thing about Europe is that it has a very low per capita consumption of avocados (1.1 kilos per person per year), so it has the potential is to triple it," he said.

He also highlighted that local avocado production had grown significantly and is expected to continue to increase, mainly in Spain and Portugal.

China, a potential yet to be explored

In 2016, Peru exported 4,200 tons of avocado to China. In 2020, the country shipped 14,500 tons to this destination. According to estimates, Peru will continue to increase its shipments to this destination. “Per capita consumption in China is almost non-existent and it has a population of close to 1.5 billion. If consumption in China in the next ten years increases to the levels Europe has, it would be very important. The key here is supplying China with the quality and consistency it requires,” he said.

The outlook for the Chinese market is uncertain and depends on the countries that have entered it, mainly Peru, Chile, Mexico, and pretty soon Colombia, Gomez Bazan stated. "These countries have the great responsibility of joining forces to promote avocado consumption."