Overview of the South American grapes upcoming season, complemented by charts from Agronometrics. 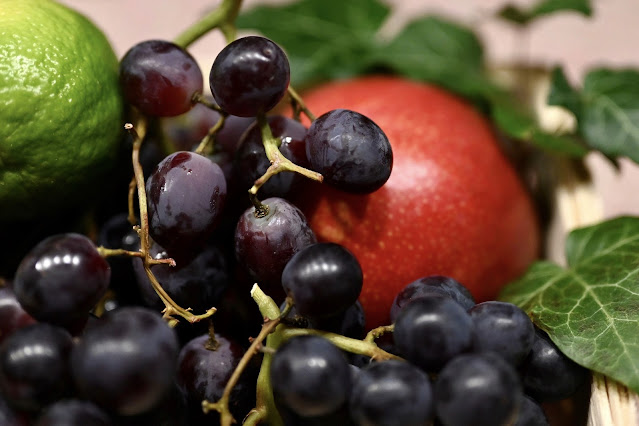 Original published in FreshFruitPortal.com on November 26, 2020

The California table grape harvest season is drawing to a close, marking the start of the transition to South American harvests which are predicted to be larger than usual this year and could result in an oversupply situation in the first quarter of 2021.


Volume (in KG) of grapes from California and South America, in the US market 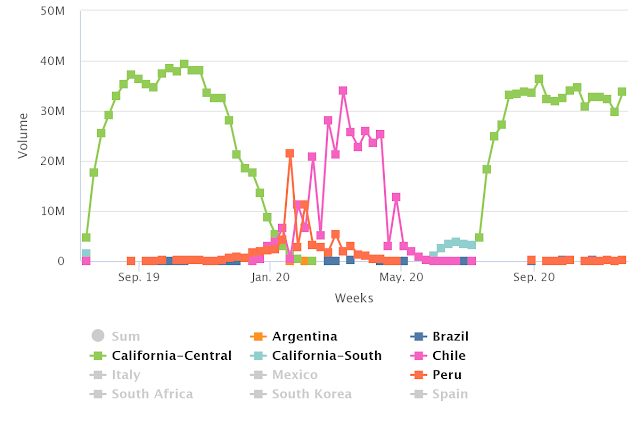 John Pandol, special project director of Pandol Bros, told FreshFruitPortal.com that his company finished picking their grapes in week 47, somewhat early, but nothing outside of the normal range.

The California grape crop, in general, this year was slightly larger than last year’s with the numbers for the Western Fruit Cold Storage Summary as of Nov. 15 listed as 12.4 million, about three percent higher than that same date in 2019.

Despite only this slight difference in actual inventories, though, Pandol says the movement of table grapes seems to be slower amid the disruption caused by the pandemic.

“[Usually] probably a three or four percent of grapes go into the foodservice channel. That's probably one to two percent now," he said. "You know, schools are closed. Google's commissary is closed. Those people may be eating grapes, but they're not eating grapes in those places."

In addition, many in the industry say that during the pandemic, there has been less demand by consumers for fruits that can be touched.

Pandol added that exports had also been lighter this year, although he also noted that the Mexican and Central American holiday season could give them an extra bump.

Overall, however, he was surprised that the 2020 season went reasonably well

“[In 2020] there was labor to pick [the grapes], there were no spots in the supply chain. We've seen big numbers going out, it just seems slow, but numbers are going through. The trucks are going out,” he said

Now, transitioning into Chilean and Peruvian supplies creates the difficulty of what will be done with the fruit as both countries are expecting high levels of production this year, which could potentially lead to an oversupply situation.

Pandol predicts that the transition to Peruvian grapes, which could see an increase of roughly 20 percent in production, should begin around December


Volume (in KG) of grapes from Peru, in the US market 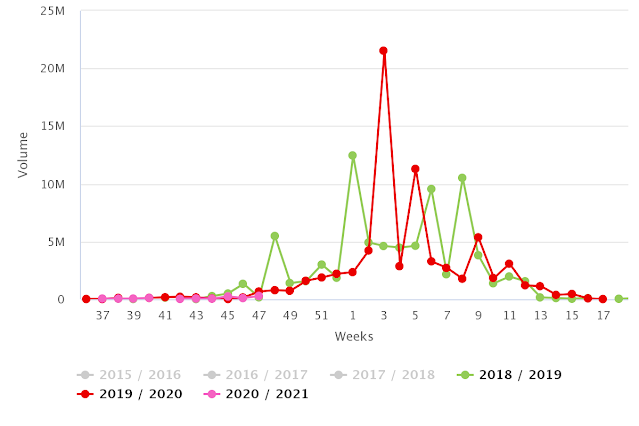 Chile is likewise expecting an increase of 10 to 15 percent in contrast to the drops seen in past years. This is something Pandol attributed to both improved weather conditions in the country.


Volume (in KG) of grapes from Chile, in the US market 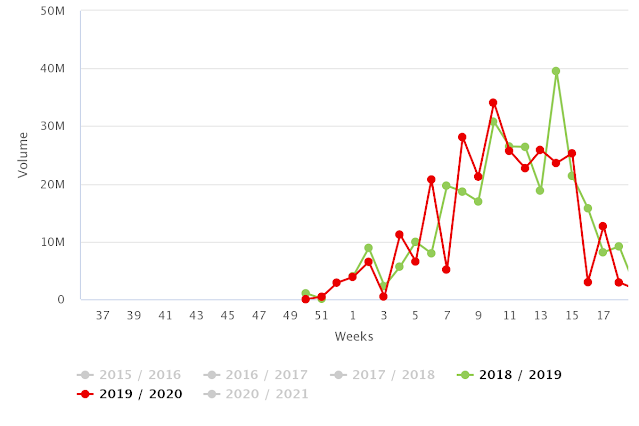 “They [Chile] haven't had a negative weather event. So they have sufficient water, they've had no negative impacts from weather events’” he said “Part of that 10-15% increase that they're talking about. Part of that's conversion and part of that's they're going to get a full crop in the country,” he said.

With Christmas and New Year's eve on Fridays, weeks 52 and 53 will be short work weeks for harvest, packing and logistics in both Peru and Chile, he said. Grapes from week 1 will begin to appear in the U.S. market week 4

"While there will be more California grapes than normal in January, the market will have lower supplies overall. February and March should be fully supplied and perhaps oversupplied," he said.

"U.S. supply will be driven not by the quantity harvested but the relative market perception of exporters. North America is viewed as less risky when markets are indifferent or negative to offers of more volume," he said.

Fitting in with the U.S. market

In order for these grapes to fit in with the U.S. market, Pandol stated that demand forecasting and planning are necessary. His opinion is that it’s important to know what product you have and when you have it.

According to Pandol, customers don’t order by season, they order by weeks. “Generally in the United States, most stores are arranging their produce delivery two to three weeks out with exceptions of things like bananas and very stable items and some of the vegetable items,” he said.

“But generally, on fruit, they know there's volatility in quality, supply, and timing so they tend to [say] 'Why make a deal 3 months out?'. We probably produce too much food on an aggregate basis and there is no question that there are parts of the year when there are probably too many grapes and it's getting harder to judge because the supply-side changes so fast now."