Overview of the supply of citrus from Texas, complemented by charts from Agronometrics. 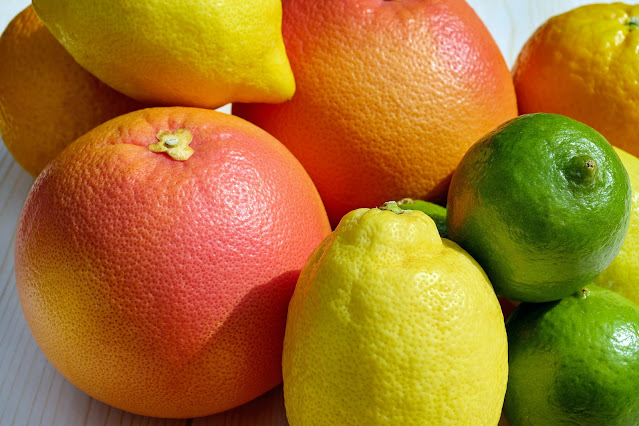 Original published in ThePacker.com on November 17, 2020

Industry expectations for the Texas citrus crop estimate a smaller output than last year, primarily because of fruit damage from Hurricane Hanna in late July.

In its October forecast, the U.S. Department of Agriculture estimated the crop as slightly bigger than a year ago.


Volumes (in KG) of oranges from Texas in the US market 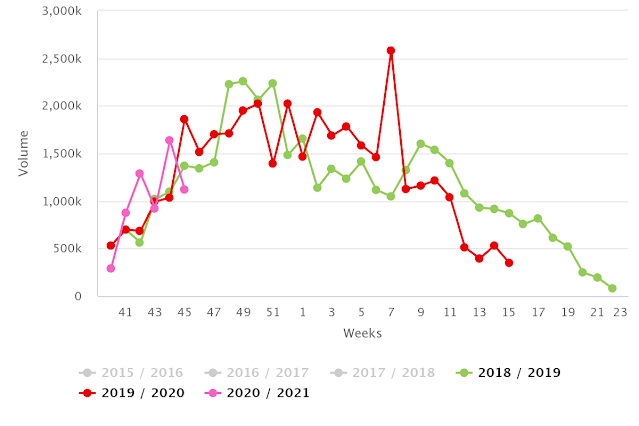 
Volume (in KG) of grapefruits from Texas in the US market 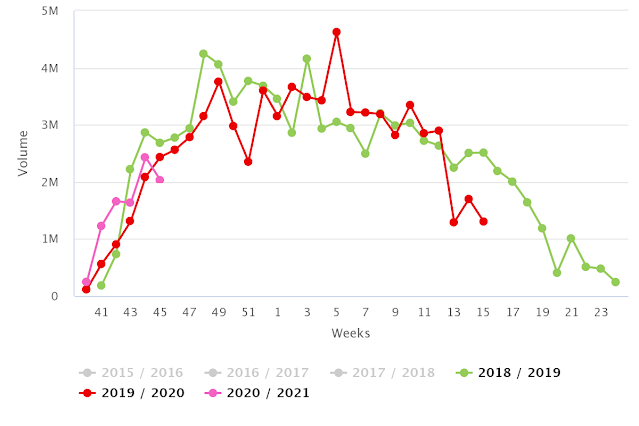 Texas citrus growers expect varying degrees of crop loss from Hurricane Hanna depending on where citrus groves were in the eyewall.

“We are probably looking at 10% to 15% overall,” he said, noting that fruit loss varied from nearly nothing to close to 80%.

Dante Galeazzi, CEO and president of the Texas International Produce Association, agreed that Hurricane Hanna knocked off a fair amount of citrus fruit from the trees, generally ranging from 10% to 40% loss. That could make the 2020-21 crop perhaps 20% to 30% less than a year ago.

“On the flip side, one of the benefits of having less fruit on the trees, you generally see better sizing across the fruit.”

“I think one of the things that we’ve seen as a result of the COVID pandemic has been people have really woken up to the idea that we (have) got to be healthier, and we’ve got to do more things to support our immune system and our health,” he said.

Citrus is a great place to start to eat healthy, since it is a big source of vitamin C.

“It really helped with our 2020 demand, and we’re hoping that demand carries over into the season for the 2020-21 season,” he said.

Strong domestic demand in the U.S. and Canada will take up the vast majority of Texas grapefruit. Changes in the European Union regulations on maximum residue levels for pesticides has diminished business there.

COVID-19 hit in March, when the Texas season was beginning to wind down.

“Starting out the gate this year, we are way ahead of where we were last year at the start, so I can’t help but be optimistic,” Murden said.

Fruit sizing should be above average, he said.

“Anytime you have a little bit lighter crop, theoretically you have bigger fruit,” Murden said. “We’ll have to wait and see.”

The start of the Texas citrus season has been fantastic, said TJ Flowers, vice president of operations and sales for Lone Star Citrus.

“We saw a good market coming because California citrus finished early and had unprecedented movement,” he said.

California grapefruit sold out by mid-September and Lone Star Citrus began with grapefruit shipments the first week of October.

“Chain stores were running out of grapefruit and we were able to not only hit the ground running because we had good weather, but also we had fantastic demand — not just from our retailers but also our wholesalers as well.”

With Florida grapefruit active in November, demand has evened out, but Flowers said the demand outlook is very good.

Hurricane Hanna perhaps knocked 20% of fruit off the tree, but he said the remaining fruit should size well.

“We’re expecting that the remainder of the crop that hung on the trees would size up a little bit better, and so far we have seen that fruit is at least a size larger to this point, and will likely continue to grow as we keep everything irrigated,” he said.

The number of fresh cartons packed could increase compared with a year ago, depending on how fruit sizes.

Wind scarring and blemishes are another byproduct of the hurricane. Lone Star has its own juice processing operation to handle fruit that can’t be sold fresh.

Flowers said the export market is a bit stronger than last season, but not as strong as the domestic market.

“Our intent is to do some export, but it is price pending — right now the domestic market is just not allowing (much export business),” he said.

The COVID-19 pandemic has boosted retail demand up to 20% in some areas, more than offsetting lower sales to terminal markets and to foodservice accounts.

Grapefruit typically see a bump in demand during the holidays.

Looking ahead, Flowers said he is optimistic about Texas citrus, with grove care and spray programs keeping citrus greening and other issues at bay.

“We are constantly planting new acreage to replace old acreage that rotates out and we are always looking for opportunities to expand our footprint here in the Rio Grande Valley, as it relates to Texas citrus grapefruit,” he said.

“This season has started off pretty strong and is only going to grow stronger as the season progresses,” said Jeff Arnold, general manager of the Edinburg Citrus Association, Edinburg, Texas.

“We are currently focused on supplying our domestic and Canadian customers at this time to meet their high demand of citrus.”

He said prices are strong and much higher than last year.


Price (in USD) of oranges from Texas in the US market 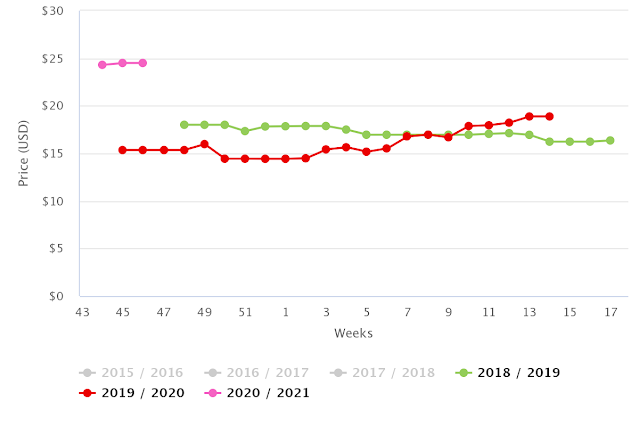 “I believe the market will remain strong throughout this season as grapefruit and oranges are in high demand since they are an excellent source of vitamin C, which has been proven to help boost immune systems.”

“The grapefruit already has a nice blush and a deep red interior, which is pretty rare for this early in the season,” he said.

“Our oranges are extremely sweet right now. This orange crop is far superior to last year in both looks and taste. Sizing so far has been an even spread across the spectrum; you could not ask for a better crop.”

Arnold said that Edinburg Citrus began shipping in October and should conclude in April.

“We are currently getting close to hitting our desired supply, we have a few more harvesting crews scheduled to start the first week of November,” Arnold said.

Volume will then remain strong until April, when the season ends.

“The reason why our annual goal (is to finish in) March to April is because that is around when the bloom hits; when the trees start blooming the energy in that tree is taken away from the fruit, causing poor quality fruit,” he said.

Texas citrus has been holding its own in terms of acreage, Murden said, with older groves removed and replanted. The trend for a time was replanting to valencia oranges, which he said will expand Texas valencia output in the next two to five years.

Lately, he said, growers are putting in more grapefruit.

“The grapefruit always remain number one, and with Florida having some of the issues that they have had, we have kind of made up some of their losses here,” he said.

In Texas, growers have managed issues with citrus greening well, he said.

“We’re learning to keep (trees) healthy,” Murden said. “Greening is very serious, and we do a heck of a job trying to scout for (psyllids) and spray and treat accordingly.”

With about a dozen handlers and three major shippers, Murden said that Texas citrus acreage typically varies from 25,000 to 30,000 acres, with about 1,000 acres of organic citrus.

Growers are experimenting with new varieties, seeking to capture either the early season market or late season window, Galeazzi said.

“I know people are always playing with the idea of trying to bring tangerines back into Texas, so we’re still seeing a very good growth for citrus here in Texas, and with demand going the direction it is, that’s certainly supporting those efforts.”