Overview of the Peruvian and Chilean blueberry season by Ian Grigg and Helena Beckett of Giddings Fruit, complemented by charts from Agronometrics. 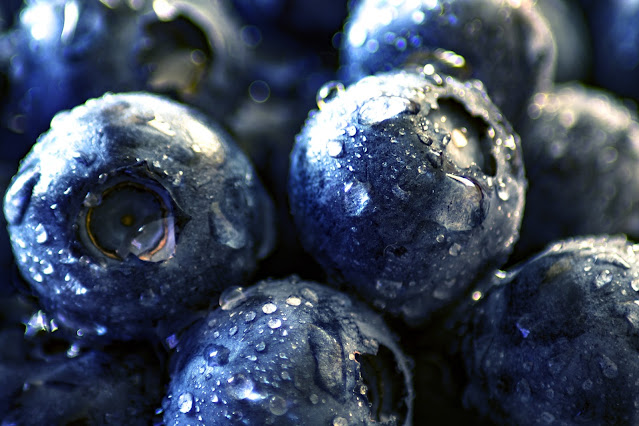 Original published in FreshPlaza.com on November 24, 2020

Giddings Fruit, after having expanded their presence in the produce market for the past 20 years, has recently opened up their first US office, located in Monterey, California. “The purpose of the new office here in the US is to cultivate our direct relationships with national and regional retailers, and foodservice providers. Giddings Fruit has had a presence in the US for quite some time and wanted to invest in expanding their market here,” says Helena Beckett, the Director of Sales for Giddings US.

While the US branch of Giddings is currently still relatively small, the plan is to continue to build deliberately and strategically towards a year-round supply of the full berry basket, while maintaining all of their current strategic partnerships. Ian Grigg, the Chief Operating Officer of Giddings US, shares: “The initial idea is focused towards blueberries out of Peru and Chile. For this first year, we will work on growing our client base and the overall imports out of Peru and Chile, but the plan is to follow this up with domestic growers up both coasts and into Canada as well.”

Strong supplies out of Peru and Chile

The Peruvian blueberry season is winding down as the Chilean season starts to ramp up. For Giddings, the first shipments out of Peru started arriving in mid-August and the shipments out of Chile started arriving in mid-September. “We have one of the few farms in the very northern part of Chile, so we’re able to start much earlier with the shipments,” Grigg explains. “We’re currently about three to four weeks away from finishing up with the Peruvian season so we’re keeping a close eye on the quality coming out of there, but so far this season has been great for Peru.”


Volume (in Kg) of blueberry from Peru in the US market 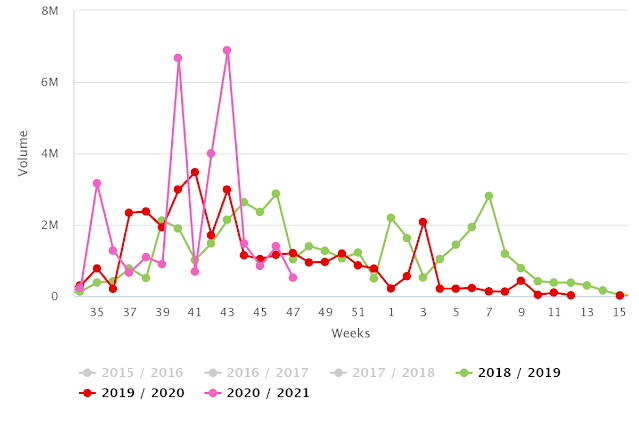 Chile’s shipments are now increasing, and their season looks to be of good quality and volume too.


Volume (in Kg) of blueberry from Chile in the US market 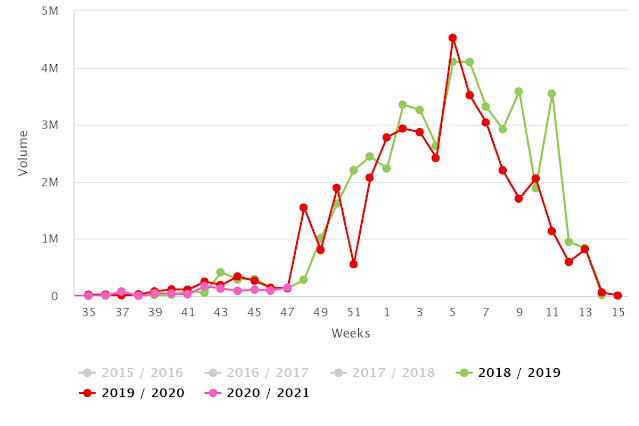 “The weather in Chile has been good, and it looks to be a typical year in terms of production volumes and timing, with the season being expected to wrap up with early to mid-March arrivals, aligning well with the start of Florida’s production,” Grigg says. 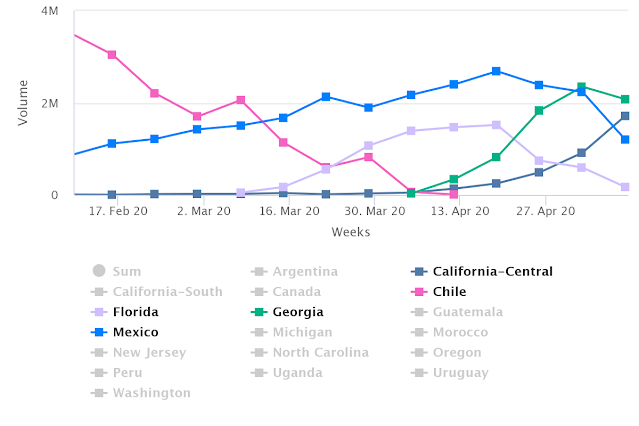 “The entire blueberry industry really has grown so much in the last several years and Giddings’ commitment to increasingly better genetics, production processes and quality management are all adding value to the consumer experience,” he adds.

Giddings recently launched Celestial XL Blues, which is packed with jumbo-sized premium blueberry varieties in Northern and Central Chile. “We have the Celestial XL blues, which are 18 millimeters and up, and we’re able to offer that sizing through mid-January,” Beckett shares.

In addition to their conventional blueberries, Giddings also grows organic blueberries. “We have a steady supply of organic fruit, that’s one of our specialties on the growing side. We’ve seen organic sales increase in general, but specifically on the West Coast and in California, which is an area of growth for us. We have a Biodynamic farm in Southern Chile, and that production will be available in the US in January,” says Beckett.

So far this year, the demand for blueberries in the US market has been good, according to Beckett. “The early months of the pandemic were out of the ordinary for everyone, and right after that initial spike in demand we did see a flattening of the line. But starting in June, the demand picked up again and so far for the Peruvian and Chilean seasons the store sales have increased in both units and dollars. People are focusing on their health right now, and blueberries fit in very well with that. We expect that to continue going into the new year as consumers make resolutions for healthier lifestyles and demand increases again – which lines up really well with the volumes coming out of Chile during that time,” Beckett says.

“It’s been a fun challenge to start up the Giddings US branch and we have a great product to work with. The focus now is to cultivate our relationships and ensure that we have good supplies of great quality blueberries,” Grigg concludes.