Overview of the avocado supply in the US market, complemented by charts from Agronometrics. 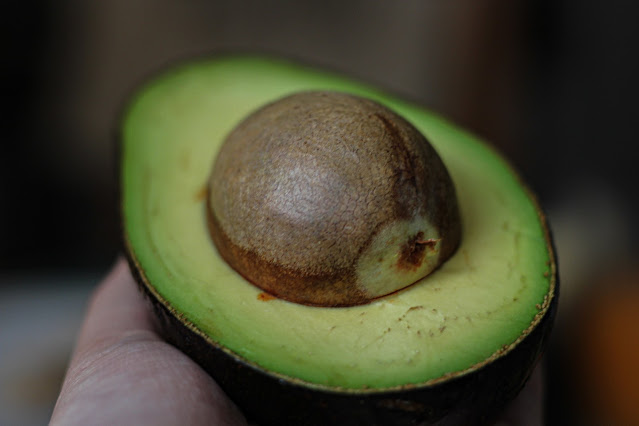 Original published in TheProduceNews.com on November 04, 2020

For perhaps the first time in five years, the retail produce industry has an almost endless opportunity to promote one of its most popular items to its shoppers at very favorable prices.

In a series of interviews, virtually every shipper said a version of the same thing: big supplies from Mexico have lowered the f.o.b. price on avocados to a point where very aggressive promotional prices are available and should be well into 2021.

“The volume in Mexico is there to support some very good promotional programs,” said Rankin McDaniel Sr., president of McDaniel Fruit Company, Fallbrook, CA. “Retail promotions are the way to drive sales and move additional fruit.”


Volume (in LB) of avocados from Mexico in the US market 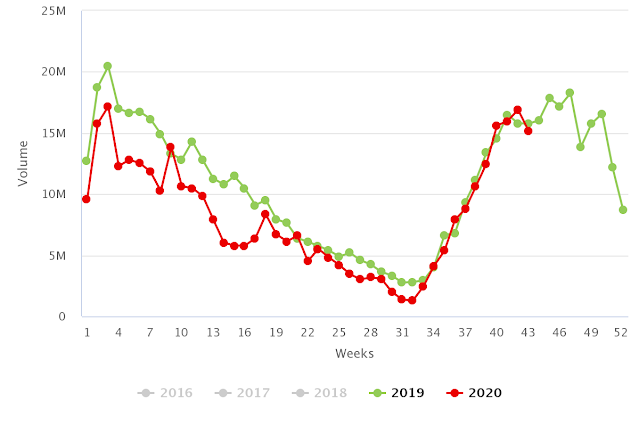 Patrick Lucy, vice president of sales for Del Rey Avocado Company, also headquartered in Fallbrook, mused in late October that retailers would be well served to promote avocados every week for the next eight weeks. He said they could easily put a different avocado SKU on ad every week, rotating between bagged and bulk fruit and conventional and organic offerings. While conventional pricing has occasionally dropped to the level where aggressive pricing is possible, this is relatively rare air for organic avocados. Though the f.o.b. price on organic avocados is still in the high $30s and low $40s, $10-$12 higher than conventional fruit, that is still less than conventional avocados were for the first few months of 2020. 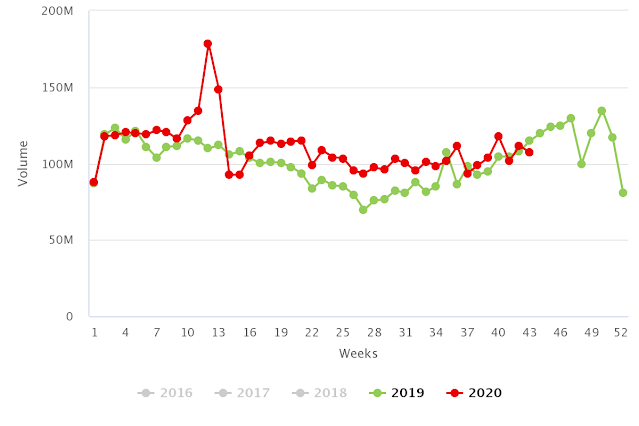 Rob Wedin, executive vice president of fresh sales for Santa Paula, CA-based Calavo Growers Inc., opined that the lower-than-usual f.o.b. market could easily last through January. He reasoned that weekly shipments are projected to be high through the end of the year and then increase in January.

Because of the heavy avocado-consuming Super Bowl weekend that typically takes place the end of January or early February, January has been Mexico’s heaviest shipping month. While it appears the Super Bowl will be played, come hell or high water, it is also fairly certain that COVID-19 will have a role in the event. It may limit attendance at both the game and at a game-watching parties. Will consumers eat as many avocados if they are watching from home with just family? Time will tell and maybe aggressive retail pricing will help.

Wedin said retailers are already well aware of the situation and promoting with gusto with many more promotions set for the holiday season beginning in November. Thanksgiving month has traditionally not been a big month for retail promotions of avocados. Supplies are often lightest in November, meaning higher f.o.b. prices and fewer retail ads. Wedin revealed that in mid-February 10,000 stores across the United States had conventional avocados on ad, with an additional 2,600 supermarket outlets featuring organic avocado promotions. “Right now,” he said on Oct. 23, “we have a couple of customers who are going to push avocados through all of November.”

Index Fresh Inc. Vice President of Sourcing Giovanni Cavaletto was quite specific in recalling when the industry last had a prolonged period that favored the buyer. “It was the day after Cinco de Mayo in 2015,” he said, when the avocado well ran dry and it became a seller’s market.

He said in the 10 years prior to that, demand grew at a steady pace and Mexico was always able to meet it with increased supplies. Cavaletto remembers running out of avocados on that May 6th day of 2015 and said it has almost been a constant demand exceeds supply situation ever since. He marveled that the industry was able to move 52 million pounds of avocados per week earlier this year at an average f.o.b. price of $50 per carton. Then the Index Fresh executive said COVID hit, which immediately created a decline in demand. The avocado industry still did relatively well for the first half of this year but since mid-summer the f.o.b. price has declined. And now Mexico’s volume is climbing.

He said Mexico’s crop appears to be up 15-20 percent over 2019/20 and both California and Peru are expecting solid crops in 2021. Cavaletto predicted that promotional pricing will be available “from now until August.” He said they might even go beyond that but said the crystal ball is a little fuzzy because a good portion of the fruit for summer 2021 hasn’t revealed itself yet.


Volumes (in LB) of avocados in the US market 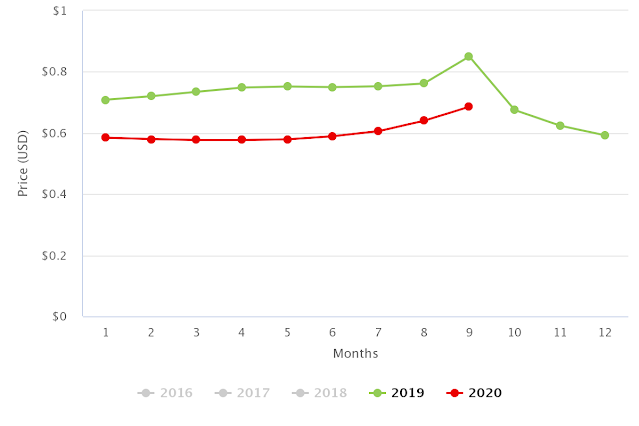 But his message was the same as the others – retail avocado promotions are there for the taking…or at least until a good portion of this current crop is consumed by what has seemingly been an insatiable appetite for the product from U.S. consumers. That theory appears to be ripe for the testing.