Agronometrics in Charts: Avocado prices take a strong promotable dip. Could a strike be on the cards? 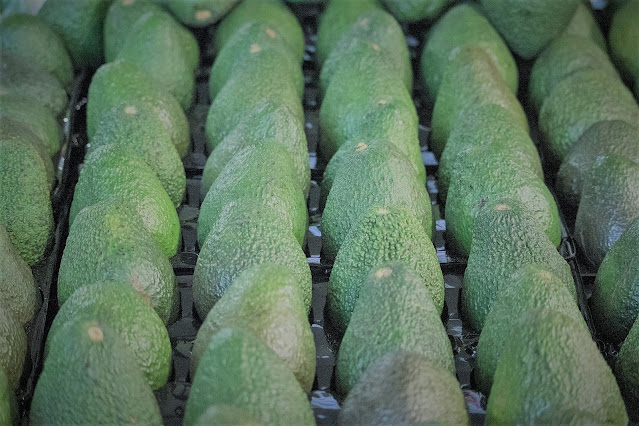 In week 43 avocado prices dipped to the lowest level ever observed this time of the year. With large volumes still expected, what will this mean for the coming months and weeks? 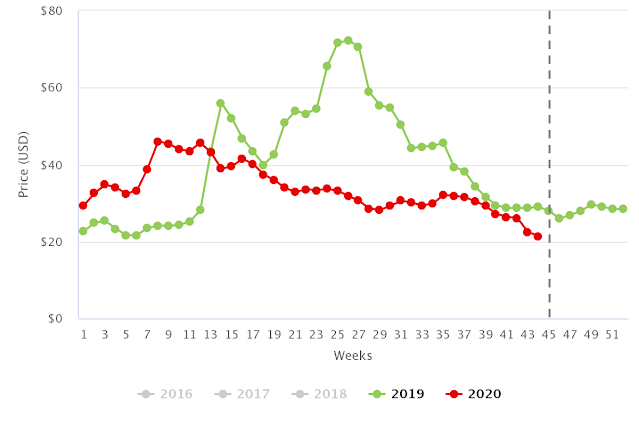 Compared with last year, 2020 has seen impressive volumes. A couple of weeks in September (week 37 and 38), as Mexico’s production was still ramping up, the market looked similar to the previous year.

But that was only a brief moment before volumes picked up again, pushing prices down to the $20 level that we are seeing today. 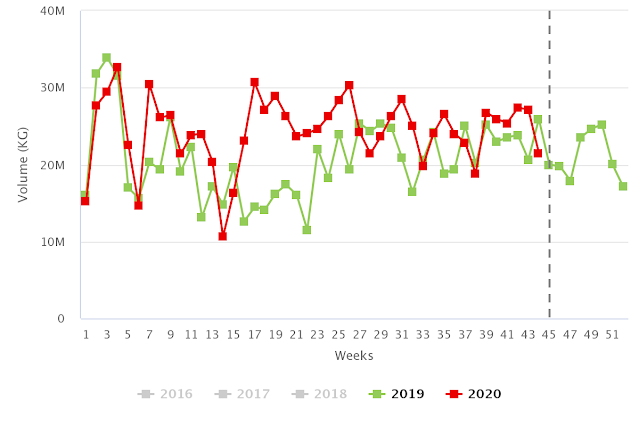 The pricing we are seeing may have some people in the industry nervous. Around these dates in 2018, Mexican producers went on an ill-timed strike demanding higher prices for their fruit before the Christmas, New Years and Superbowl promotions periods.

In 2018 the industry was breaking records with the highest volumes seen to date, not unlike this season, but prices were much higher. As can be seen by the pricing data below, the strike never had much of an effect, seeing a brief spike when volumes stopped coming and resuming its trend shortly thereafter.

A much more relevant moment was 2016 where prices dropped below $20 for most of the first quarter inflicting real economic pressure on Mexican growers as their season came to an end. A strike ensued. At the same time, California was expecting a smaller than usual crop, and in conjunction with Mexico’s strike, the market saw all its supply dry up, ushering in the highest prices the market had ever seen clean through October when Mexico's volumes picked up again. 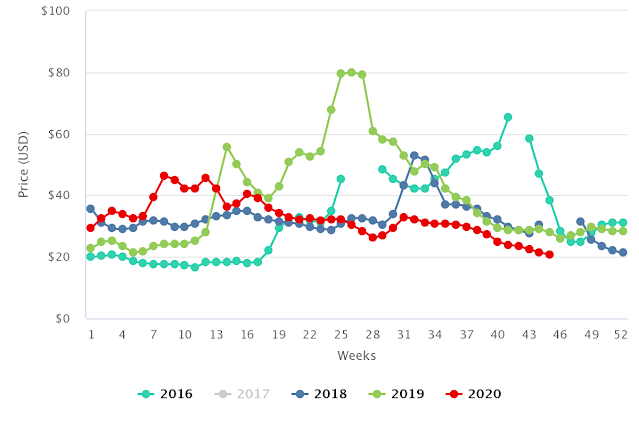 The higher prices this year could be explained by increased demand resulting from the Covid-19 pandemic, as well as lower volumes this year from Chile.

So as prices reach these lower levels, should the industry expect another strike? I imagine that it wouldn't happen immediately, but if prices remain at, or below $20 for an extended period of time it is a possibility.

Economically if this situation would have happened in March, where one dollar bought 20% more pesos than it buys today, I would have been more confident that producers would have been able to weather lower prices. At the end of last week (week 45) the forex markets closed at MXN 20.55/USD. Much closer to the MXN 18.3/USD we were seeing in September of 2016. If prices and the forex markets continue to fall, it might make for a complicated situation in Mexico.

Given the poor results of the 2018 strike, it could be that the appetite for such risky moves may be diminished. And there is always the looming threat of Covid-19, lest we forget. As in many places, the economic hardships of lockdowns have also been a heavy blow to the Mexican economy. It is possible that strikes may also be less appetizing as producers will chalk up the slower market to Covid-19 and push through it along with everyone else.

In the best-case scenario, volumes will be managed to ensure that the fruit arriving in the U.S. is sold at a fair and stable price. This may mean that some fruit in Mexico won’t get picked, or better yet, diverted to other markets.

As industry packers talk of the endless promotional opportunities for avocados, I would be wary of how the economic realities of the market may affect the stability of supply.