Overview of the Peruvian table grapes supply in the US market, complemented by charts from Agronometrics. 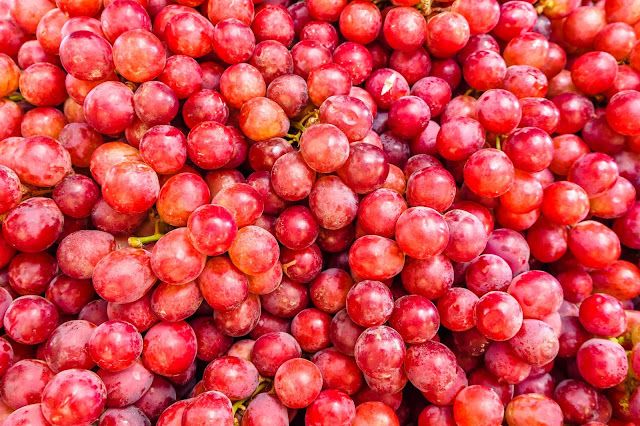 Original published in FreshPlaza.com on October 15, 2020

According to the general manager of the Peruvian Table Grape Producers Association (Provid), Carlos Zamorano Macchiavello, the production and export of table grapes in the 2020/2021 campaign, which has already begun, will increase by 10% to 15%, thanks to the new varieties that have entered production in the north and south of the country.

The production of seedless grapes will increase, he said, so we'll see how much that will reduce the participation of the Red Globe variety, which in the 2019/2020 campaign stood at 37%.

Zamorano said that Peru had just over 20,000 hectares of table grapes for export at the beginning of last season (2019/2020) and that, according to a first projection, this season there would be a 3.5% increase. However, most of the growth won't be due to new areas, but to a change in varieties that are more productive than the traditional ones. He also said that the new table grape varieties would extend the Peruvian campaign, as some of them are early and others are late varieties.

The destination countries won't vary much this campaign, so the United States will continue to be the largest market, followed by Europe and China, he said. These three destinations import 70% to 80% of the table grapes that Peru exports.


Volume (KG) of table grapes from Peru in the US market 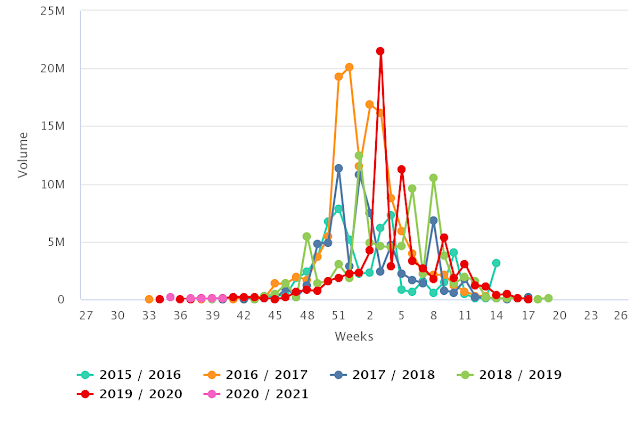 Regarding the new markets that the Peruvian grapes could reach, the general manager of Provid said they had already complied with all the phytosanitary procedures required by Japan to open that market, but that they still hadn't received an answer from Japan. Thus, he requested for political support to unblock any issues.

The country has also met all the requirements to export to Argentina and Chile, and it has an issue pending to export to Ecuador. In addition, the National Agrarian Health Service (Senasa) has been asked to initiate procedures with the Philippines.

Another important issue in the current campaign is that inspectors from the South Korean health authority will be unable to travel to Peru to certify the table grape cultivation fields and packing facilities because of the restriction on international flights due to the COVID-19 pandemic, so they have delegated this function to Senasa.

Zamorano stressed that Senasa and Provid have been working together. The table grape union will continue to take care of the entire process to register exporters (even if they aren't members of Provid), in addition to doing pre-inspections in the field to help Senasa.