Overview of the kiwi supply by Mario Masellis of Catania Worldwide in Mississauga, complemented by charts from Agronometrics. 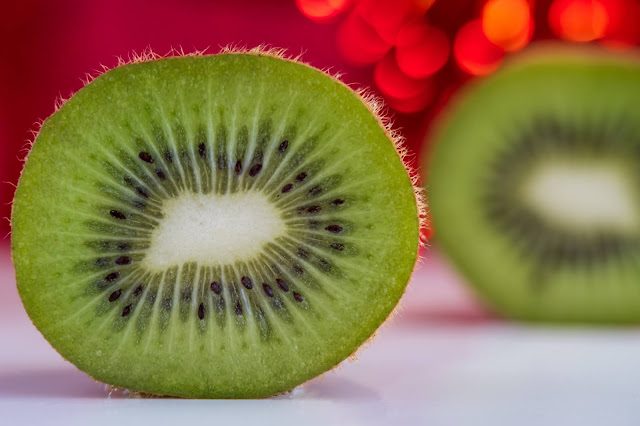 Original published in FreshPlaza.com on October 16, 2020

Supplies of kiwi are good right now as multiple countries are shipping to the North American market.

“We’re steady in our supplies for our customers but generally there seems to be a large amount of fruit coming into the U.S. market specifically. That will trickle into Canada as well,” says Mario Masellis of Catania Worldwide in Mississauga, Ontario. He notes it’s the time of year when not only fruit is available from New Zealand and Chile but Italy is also starting on its early varieties. “I think people are trying to get out of their current programs with New Zealand and Chile to make room for the new kiwi coming,” says Masellis.


Origins of Kiwi in the US market 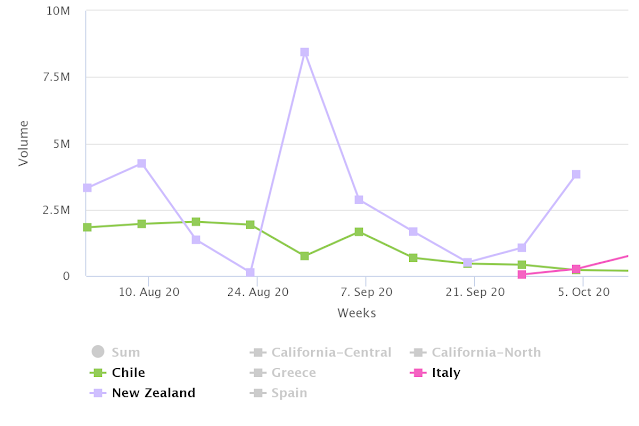 Meanwhile, it’s traditionally the time of year when demand is high for kiwi—from September through to November. “Traditionally kiwi in the spring is really not that popular a fruit to eat. People are eating stone fruit and then you get into the local markets in July/August where people eat local fruit. Kiwi is not at the top of the list,” says Masellis. “In September when kids go back to school and local peaches are done, stone fruit from CA is done, people go back to kiwi and it’s the best time of year to eat it.”


Volumes (in LB) of Kiwi in the US market 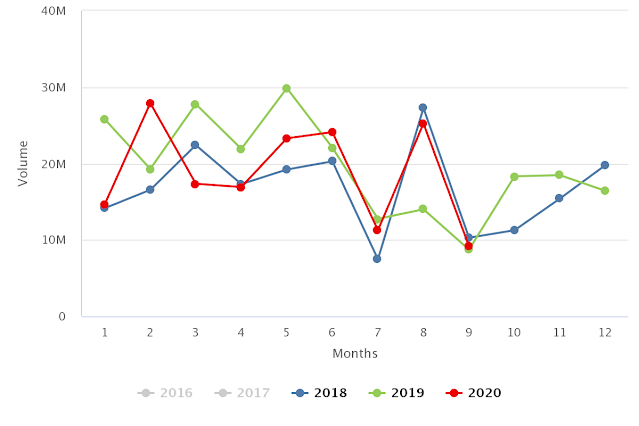 As a fruit, the commodity is developing as well. Masellis notes that new gold varieties of kiwi are coming in commercial volumes in the next two to three years from Italy. “New Zealand has always been the leader in kiwi technology and they have a few new varieties with red bursts on the inside, but there aren’t commercial volumes as of yet,” he says.

Meanwhile disease and pest control challenge the commodity, particularly in Italy. Masellis notes there’s a stink bug and other diseases that have yet to be identified killing plants and forcing replanting. “Some stronger grower/packer/shippers are investing in doing that moving forward but that takes money and time. You plant a kiwi plant and you’re not getting any fruit for a minimum four years,” he says. “In Italy, some of the growing regions in the Northern part, their numbers are down because of this. It’s a big challenge.”

Back in North America, pricing on kiwis right now is stable. “With new fruit coming in, you may see cheaper prices at wholesale level for the next two to four weeks, until that old fruit gets out of the system and people switch to new fruit,” he says. “The incoming fruit from Italy will be priced higher because the volumes are lower. But other markets look to fill in that gap and Greece could be one of those markets.”

Overall, pricing on kiwi is slightly higher than last year due to not only supply and demand but the COVID-19 safety protocols that growers/packers/shippers are following, such as investing in personal protective equipment (PPE) and more. “They really do have to charge more because it costs more to harvest, pack and ship,” says Masellis.


Prices (in USD) of Kiwi in the US market 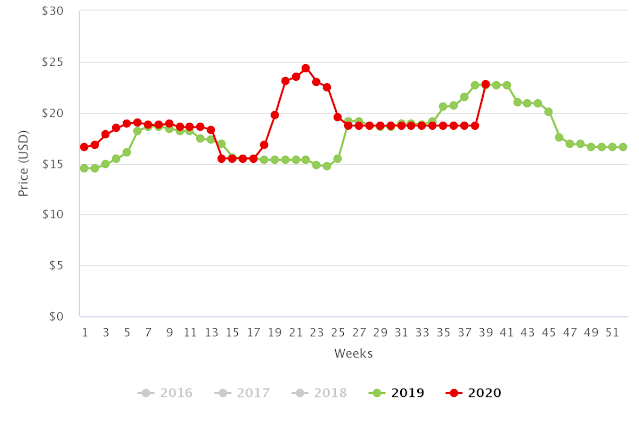