Overview of the blueberries supplies in the US market, complemented by charts from Agronometrics. 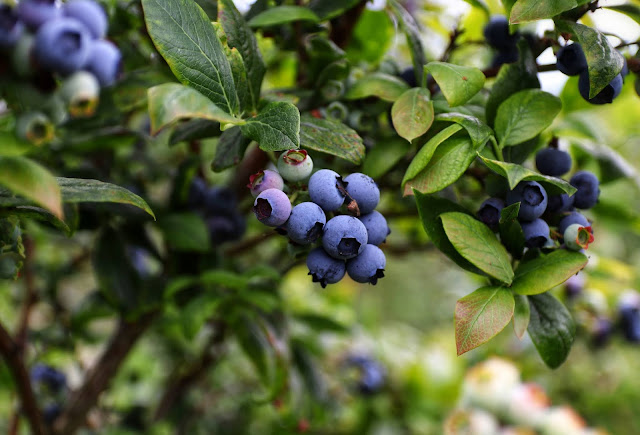 Original published in FreshFruitPortal.com on September 30, 2020

Downward blueberry price pressure will likely continue at the waning shoulders of the season in the U.S. market during 2020-21, according to a new report by Rabobank.

The Netherlands-based financial services company also said that as the blueberry industry is experiencing a paradigm shift toward consistent quality, growers and companies will need to adjust their strategies to the new normal, focusing on product differentiation and strategic partnerships or acquisitions.

Looking to 2020-21 season, the report said that in general shipments are likely to be higher than the historical five-year average during most weeks

"We expect the highest rate of growth in volume in the US market around week 40 in 2020 and around week 15 in 2021," the report read. "Nevertheless, blueberry availability is still likely to remain the lowest of the season during these times."

It estimates that during week 43 there is a 50% chance that shipments will be between 985m and 1.135bn 12-pint flats. Most of the volume and volume growth during the September to November period will come from Peru.


Volume (in KG) of non-organic blueberries in the US market 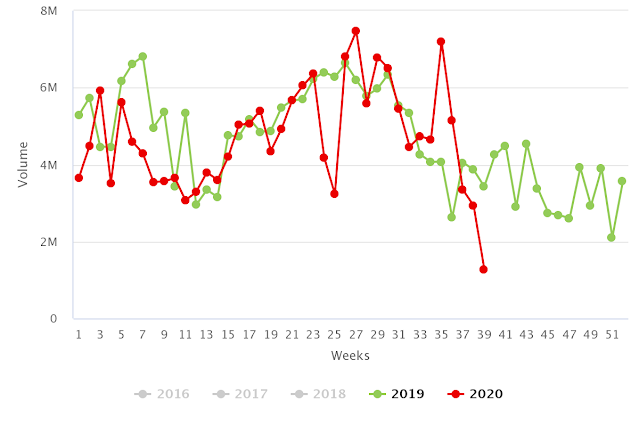 The Rabobank report also predicts that more consistent year-round shipments in 2020-21 will "accentuate the pressure on prices, particularly during the (waning) transitions of the season".

"Average prices for non-organic blueberries are likely to reach their highest level this fall during week 40 at about USD 32 per 12-pint flat, a decline of roughly 40% with respect to the 2014-2018 average price for that specific week," the report read.


Reported price of blueberries in the US market. Flats 12 1-pt Cups With Lids package 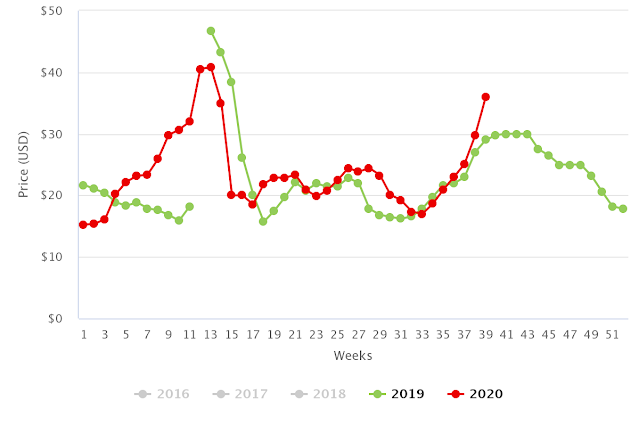 
In general, prices are likely to remain below the five-year average during most of the import season, it said.

Florida's seasonal price spike is still expected to show up in 2021, but will likely be shorterlived. Assuming no significant weather-related disruptions, Rabobank analysts estimate average prices for week 20 2021 to be close to US$20 per flat - a price level that would be down about 28% on the 2014-2018 average and down about 9% year-on-year.

"An increasingly relevant overlap between production from Florida and Georgia during weeks 15 to 20, along with increased imports from Mexico, will likely continue to narrow the spring shoulder of the season," it said. "After week 28 2021, prices are likely to be close to recent historical levels."

For the period from 2021 to 2025, the report said U.S. blueberry production volume will likely expand in a limited way, as U.S. growers are facing increasing production costs in some regions and increased import competition. Total U.S. blueberry imports are likely to grow at a compound annual growth rate (CAGR) of about 7% to 9% in volume during the same period.

"Provided increasing shipments from Peru and Mexico continue, seasonal price peaks at the beginning of the spring and fall are likely to be less pronounced and shorter-lived during the next few years," it said.

"By 2025, blueberry prices in the US market are expected to be relatively flat throughout the year, fluctuating mainly due to weather shocks in growing regions."

The report stated that should consumer demand for blueberries grow faster than in our assumptions, actual prices would sit in the higher percentiles of its estimates.

Also, on the demand side, there is usually less diversity of competing items in the fruit aisle during this market window due to seasonality, potentially favoring blueberries.