Overview of the Canadian blueberry supply in the US market, complemented by charts from Agronometrics. 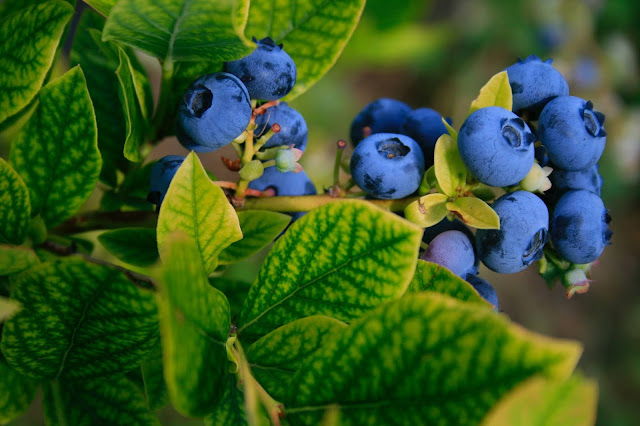 Original published in FreshPlaza.com on October 13, 2020

Canadian blueberry growers are watching and waiting as the United States International Trade Commission (USITC) launches a trade probe into supplies of the popular fruit.

Canadian growers were first made aware of the issue on September 1st when the United States Trade Representative (USTR) announced it would instruct the USITC to launch an investigation analyzing whether U.S. blueberry growers were being affected by imports. 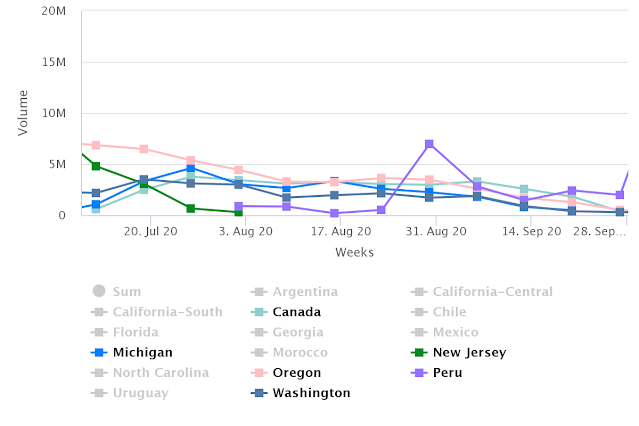 “Global production has exploded in blueberries. Canada and USA used to be the traditional growing countries but recently we are seeing growth in South American countries as well as in Mexico,” says Anju Gill, executive director of the B.C. Blueberry Council in Abbotsford, B.C. “Perhaps that’s shaken the market a little bit and as a result, getting more attention.”


Volume (in LB) of blueberries from Canada in the US market 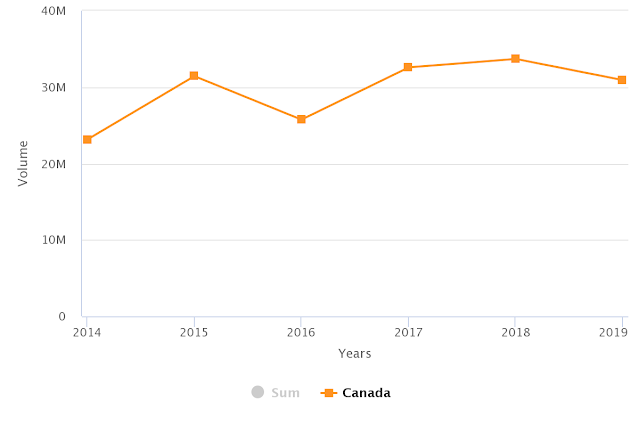 The trade probe involves three phases: the first one examines whether there is a surge of imported blueberries and whether there’s injury to U.S. growers. Following the report for that deadline at the end of March 2021, if the USITC determines there is injury to U.S. growers, Phase Two will determine what the trade remedy would be. “That could mean tariffs, trade quotas and other alternatives,” says Gill. In the third and final stage, recommendations are presented to the U.S. president to determine how the remedies would be imposed.

While Gill says it’s too early into the process to think about what impacts this might have, the council is responding proactively. They are preparing to defend the interests of blueberry growers through joint retention of a lawyer with the Canadian government, says Gill.

She also adds that the blueberry industries in each respective country have a strong working relationship. “We share research and other activities together and we also import blueberries from the U.S.,” she says. “We’re watching closely and working with the Canadian government on this case. We are prepared to face this investigation.”

Original published in www.capitalpress.com on July 30, 2020

ALBANY, Ore. — On a seasonably warm July afternoon in the fertile Willamette Valley, Doug Krahmer stood between rows of organic blueberries and watched as a large mechanical harvester rolled slowly through the field, rattling bushes heavy with ripe fruit.

Measuring a little more than 15 feet tall, 11 feet wide and weighing 7 tons, the harvester seemingly floated in the distance over neat rows while fiberglass rods, or “fingers,” shook the berries onto a conveyor belt that swooped them to the upper deck and into plastic crates.

From there, the crates were loaded into refrigerated trucks and driven from the farm north of Albany, Ore., to a packing shed east of Po…
Post a Comment
Read more

March 25, 2020
Overview of the potential impact of COVID-19 on future grape supply and price, by Ira Greenstein of Direct Source Marketing, complemented by charts from Agronometrics.

Original published in FreshPlaza.com on March 24, 2020

While the Chilean and Peruvian grape seasons are winding down and their weekly volumes are decreasing, the table grape industry has seen an uptick in demand in the past weeks. This is partially a result of the high retail movements due to the coronavirus panic-shopping of the past few weeks. Ira Greenstein of Direct Source Marketing says: “A month ago, importers had a real concern that the industry wouldn’t be able to move through the condensed volumes and huge inventories would be sitting in cold storages. That sentiment has completely reversed with substantially increased retail demand due to the COVID-19 pandemic.”

With the lower volumes but increasing demand, the cold stores are rapidly being depleted and spot market pricing is expected to continue to increase, …
Post a Comment
Read more

May 18, 2020
As Mexico's season just reached its peak, the opportunity lends itself to look a bit deeper at the origin in the U.S. markets. The rise of Mexican blueberries in the U.S. market has been no small achievement. In 2010, they represented a mere blip on the map. In 2019, with 75 M lbs, they were the second largest importer of fresh blueberries to the U.S., second only to Chile, but with Peru trailing closely behind Mexico.

Source: USDA Market News via Agronometrics.
(Agronometrics users can view this chart with live updates here)
In 2010, the landscape for blueberries was very different from what it is today. Chile has grown considerably, the U.S.’s production has evened out more, pushing more volume into April and May, and of course, Mexico is now a primary source through this time period.
U.S. Volumes by Origin 2010 | Non-Organic