Agronometrics in Charts: Potential impact of trucker strike on Peruvian exports to the U.S. 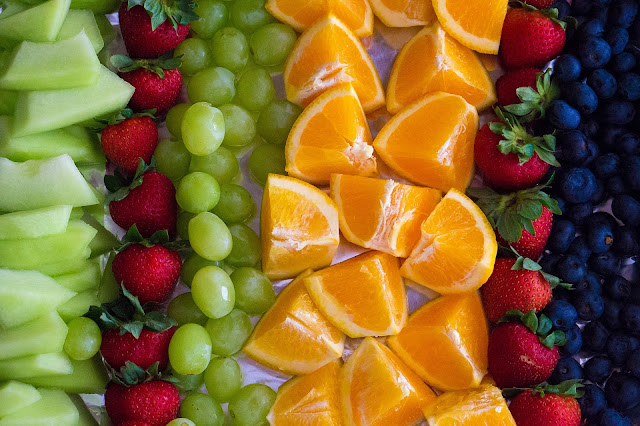 The announcement last week that truckers from Piura in Peru could go on strike is an eyecatching headline, as the situation threatens to disrupt fresh produce supplies from the region. In this article, I want to shed some light on what Peru’s season looks like and what could be at stake because of this strike.

The truckers are demanding that the government remove tolls for heavy goods vehicles passing from Piura to the port of Paita. I could elaborate on this more, but this article already does a pretty good job, so I’ll let the readers dig in as they see fit. The part this story I can best help shed some light on, is what the effect of a strike in Piura could have on the U.S. markets.

First some background. Piura is the northernmost region on the Pacific side of the country. It is also one of the most important agricultural regions. Piura's port in Paita offers the region a certain degree of commercial autonomy that has allowed it to enjoy a steady and hearty level of growth over the last 20 years. The fact that Piura also has its own port means that any issues arising from this dispute will be somewhat localized, allowing production from Trujillo or Ica, other important Peruvian production zones to continue unimpeded.

In the chart below we can see all of the exports from Peru, offering some insights into what categories might be affected and where the seasons for different commodities lie. Unfortunately, the USDA does not report on the producing regions of imports, so there is no further resolution on the data available.

A bit of research on the Peruvian Ministry of Agriculture's website, however, offers some valuable insights. To bring this data into context, it is important to note that Piura is not a major producer of many of the exports Peru has become known for, but it plays a very important role in Grapes and Mangoes.

We can see that through the middle of December volumes of fruit are not at their peak, giving the parties time to resolve their differences before things really get going. 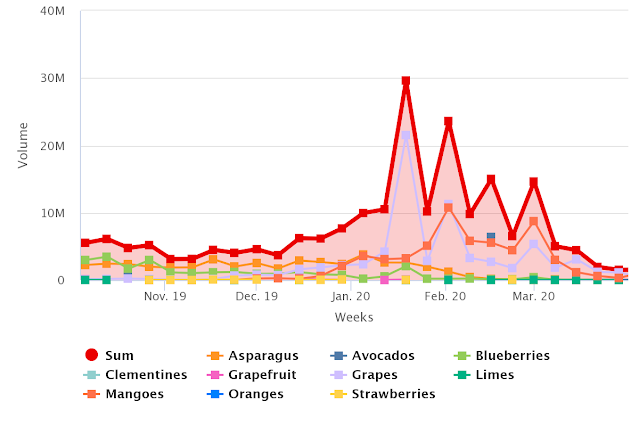 The case is most urgent for grapes. Being the northernmost producing region in the country Piura is also the earliest. Most of Piuras production of grapes happens in October and November, add four weeks for shipping and these volumes line up pretty well with the higher prices in the US that come towards the end of the US season. This means that there is tangible economic damage that could be caused by the strike with producers and exporters missing out on the opportunity to sell their fruit at the best market price. 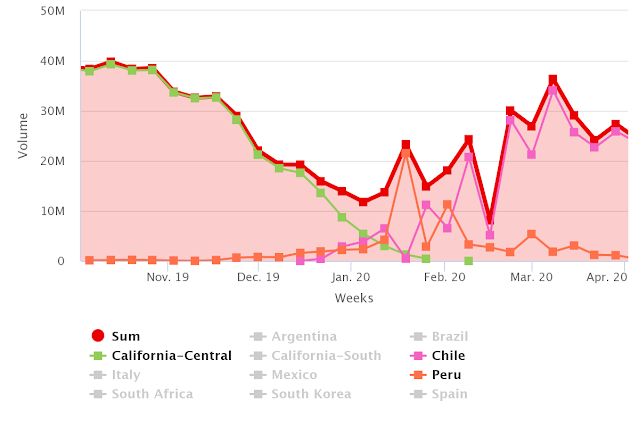 The other category to watch out for is mangoes where Piura holds an important role, being responsible for nearly all exports from the country. With the hopes that the dispute does not drag out, the effects of a strike right now would not affect the season too heavily. If the strike continues into December and January, that's when the real volumes start moving. This period is also a bit of a sweet spot seeing marginally higher prices. Should there be heavy interruptions to supply, we could see prices spike as they did in 2019 and 2016. 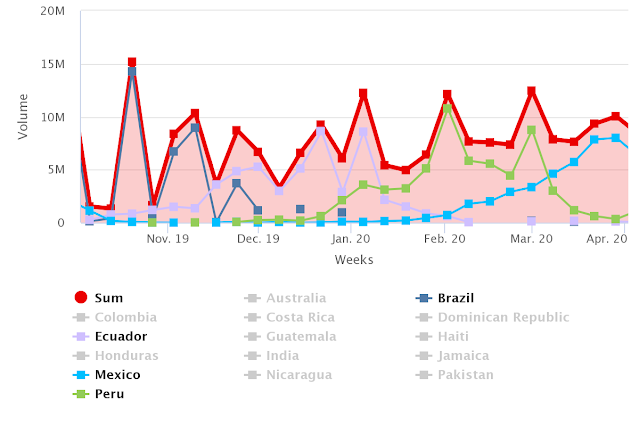 In response to all this Eric Fisher, the President of the Peruvian Exporters Association (ADEX), has urged authorities to “open alternate roads in the region for truckers so that fruit exporters are not affected.” Hopefully this issue is resolved quickly. We’ll be staying tuned as it evolves.