Raspberry production in Central Mexico starts up this week

Overview of the raspberry season by Jose Andreu of Alpine Fresh, complemented by charts from Agronometrics. 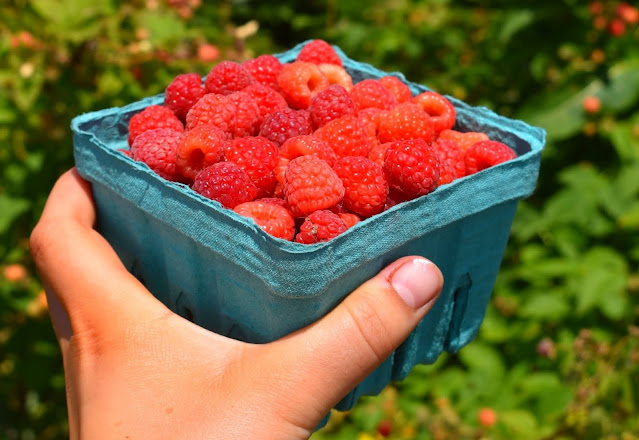 Original published in FreshPlaza.com on September 02, 2020

Raspberry supplies continue to be steady though production is ramping up as a new growing region starts up again.

“There are enough raspberries to cover demand at the moment and California and Baja are pretty much the primary growing regions right now,” says Jose Andreu of Alpine Fresh based in Doral, FL. “Then we have central Mexico starting up this week. Production will slowly start up but the peak won’t hit until November. And by then, California and Baja will be on their way out.”


Volumes (in LB) of raspberry in the US market 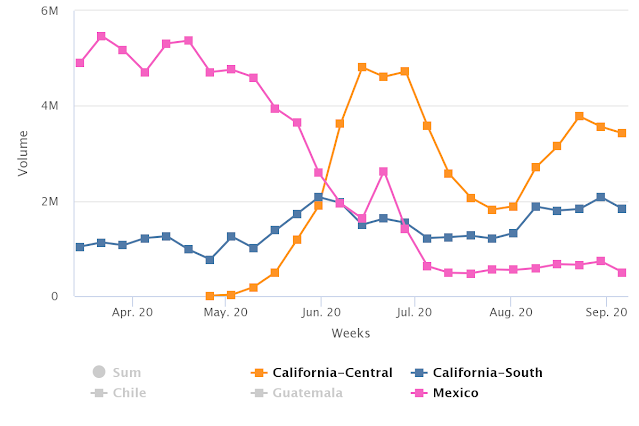 Andreu believes that production out of central Mexico could be greater this year by as much as five to 10 percent more. “And California is at its usual production levels right now,” he says. “But I think they’re trying to make a push because of the fires they’re having. I think they’re trying to get the fruit off as fast as possible just in case.”


Volumes (in LB) of raspberry from Mexico in the US market 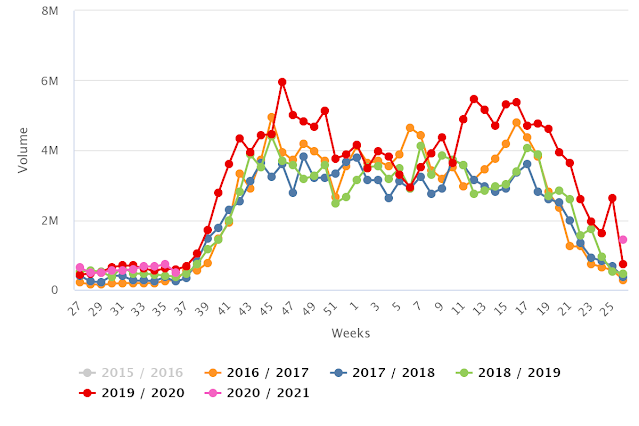 At the same time, demand for raspberries is steady.

“June and July, but more July, was a tight month for raspberries,” Andreu says. Factoring into demand that was also the start of the domestic blueberry season which had solid volumes this summer. “But now it’s going to quickly change again because we’re already at the tail end of the US domestic blueberry production,” he says, noting that offshore and Mexican production is starting on blueberries. That said, raspberry volumes will continue to be steady and cover off demand and likely promotions will begin in October/November when supplies increase.

All of this leaving pricing as normal, though Andreu says he sees some lower pricing. “A lot of the supermarkets are being conservative on what they purchase so any extra volume tends to drop the price fairly quickly to be able to keep the demand for the product,” he adds.


Volumes and prices of raspberry in the US market 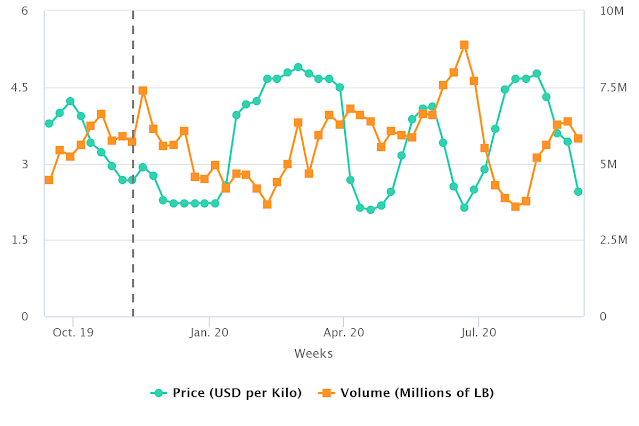