Overview of the Washington and California pear season by Catherine Gipe-Stewart of Superfresh Growers and Scott Fraser of Scully Packing, complemented by charts from Agronometrics. 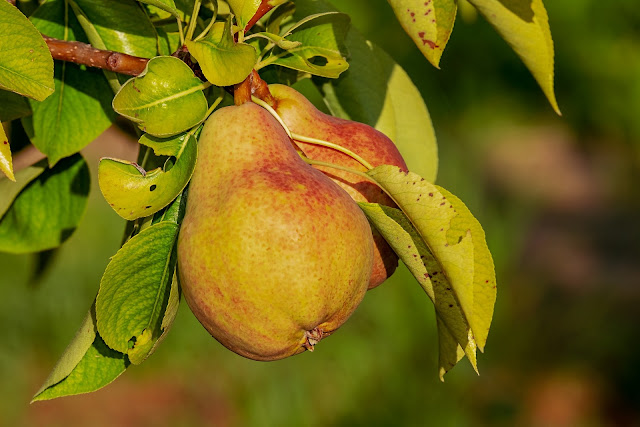 Original published in FreshPlaza.com on September 15, 2020

“This year’s crop is similar to last year’s within a percent or two at a projected 16.6 million boxes,” says Cat Gipe-Stewart with Domex Superfresh Growers Inc. in Yakima, WA. “The sizing is about the same as last year, maybe one size up. The quality is good but it will be weather-dependent.”


Volumes (in LB) of pear from Washington in the US market 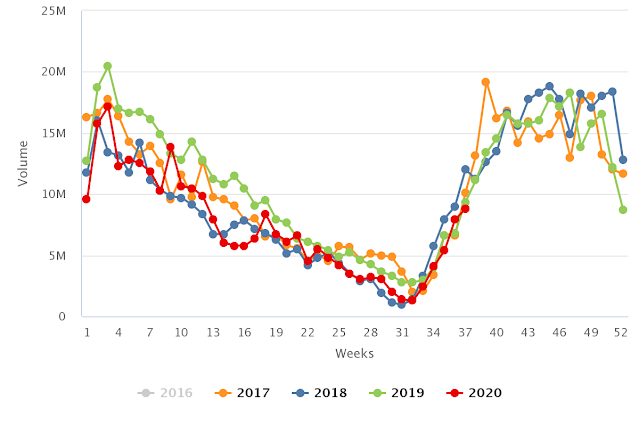 Harvest for the crop began a week earlier than normal in early August. “We had a cooler spring which slowed things a little but then we had a hot summer. So it all averaged out,” says Gipe-Stewart. She notes that harvesting has finished on summer pears, Bartlett and Starkrimson, and Domex is well into the harvest of its winter pears, Anjou and Bosc (both organic and conventional).

Gipe-Stewart notes that Domex sells 36 percent of the state’s organic crop. “The fall organic crop looks pretty good. We do have more organic Asian pears because we’re gaining more growers. It’s not a giant volume like Bartletts and Anjous but for Asian pears it will be good,” she says. “We saw such a great uptick in cherries this summer that we think people are looking for something unique and full of flavor. Asian pears are that niche market and that helps people find excitement when people are stuck at home.”

As for pear demand, Gipe-Stewart anticipates solid demand. “This summer we also saw 24 percent uptick in shipments,” she says. “People are also still in that COVID mindset in case there’s another wave, they want to be prepared.”

And while in late July pear demand had dipped somewhat to two percent growth in dollars (largely attributed to slim supplies at the time), Gipe-Stewart notes that the fall season is off to a solid start. “Despite the category dipping, Bartlett pears have held their own, up 19 percent in dollars and 14 percent in volume. This bodes well for the Pacific Northwest crop,” she says.


Prices (in USD) of pears from Washington in the US market 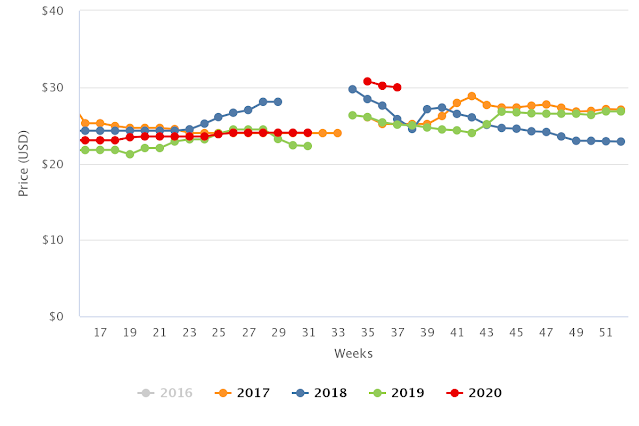 Consumers are also likely to have a continued interest in packaged pears thanks to perceived food safety. “With pears, about 25 percent of our overall pear volume is packaged and before COVID-19, it was about 18 percent,” says Gipe-Stewart. “It’s still lower than packaged apples. And it’s not just about food safety—it’s also the “grab and go” factor. Online sales are also where packaged pears are sold.”

Looking ahead, given the year that’s been dominated by COVID-19 and all of its associated unpleasantness, including quarantining, Gipe-Stewart says that people are already looking forward to the holidays. “We think there’s a lot of opportunities for promotions around the holidays,” she says.

Meanwhile in California, supplies are good of both Bartlett and Bosc pears as well as organic Bartletts and organic Boscs, says Scott Fraser of Scully Packing in Finley, CA, who adds that they are also packing Comice, French Butter and Seckels this week. “We’ve experienced good quality conditions this season,” says Fraser.

While the pear season began in California about a week later than normal, Fraser says Scully just finished its Bartlett harvest last week and are still packing Bosc. “We’ll wrap up harvesting in about a week. We will be shipping pears through the end of October and into November,” he says.


Volumes (in LB) of pears from California in the US market 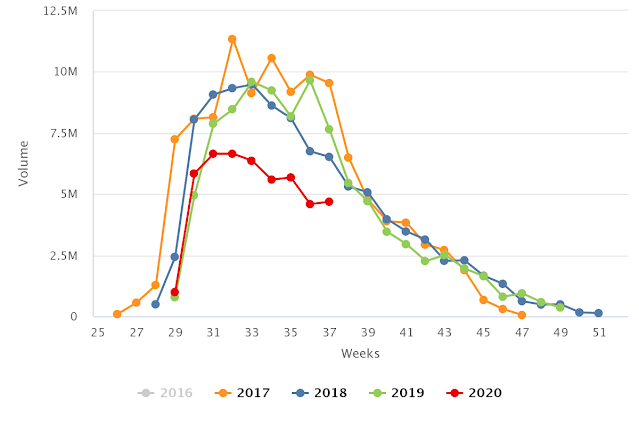 Meanwhile he says demand for California pears has been good with steady pricing. “Prices are higher than normal due to the reduced industry crop,” he says. “September and October are typically some of the best months for pear sales. We typically see an increase in demand with back-to-school shoppers. Also, some retailers change their produce displays during the fall to promote pears.”


Prices (in USD) of pears from California in the US market 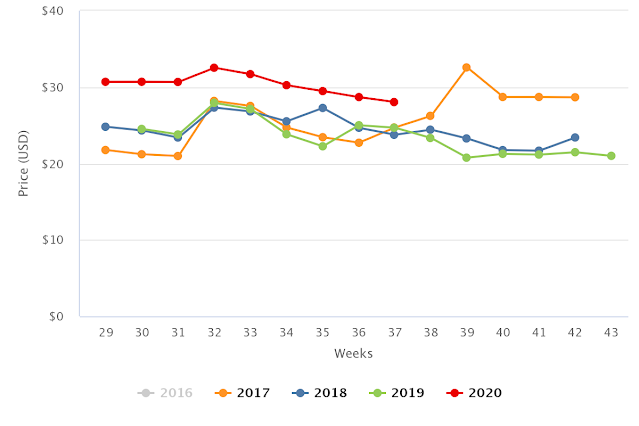