September 25, 2020
Analysis of the chilean blueberry season, in interview with Andrés Armstrong, executive director of the Chilean Blueberry Committee, complemented by charts from Agronometrics. 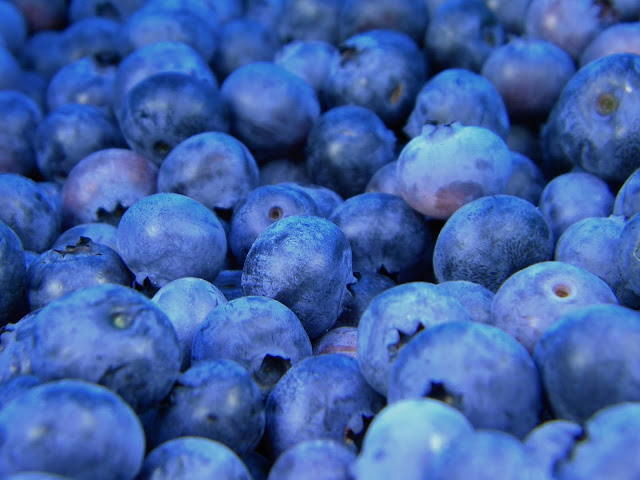 Original published in FreshFruitPortal.com on September 22, 2020

With the Chilean blueberry season about to get underway, the industry is expecting to continue diversifying its markets and offer a higher proportion of newer and improved varieties.

The country is also forecasting stable export volumes for the 2020-21 season, according to Andrés Armstrong, executive director of the Chilean Blueberry Committee.

Speaking to FreshFruitPortal.com, Armstrong said that the industry has made good progress over recent years in diversifying its export markets

“The biggest growths were in recent years in Asia and Europe, where new consumers were incorporated and where we increased penetration in various countries,” he explained.

During the past season shipments to Asia increased by 20% and to Europe by 8%.

On the other hand, shipments to the U.S. - Chile's leading blueberry market - decreased in the last two seasons, 13% last season and 9% the one before that.


Historical volumes (in KG) of chilean blueberries in the US Market 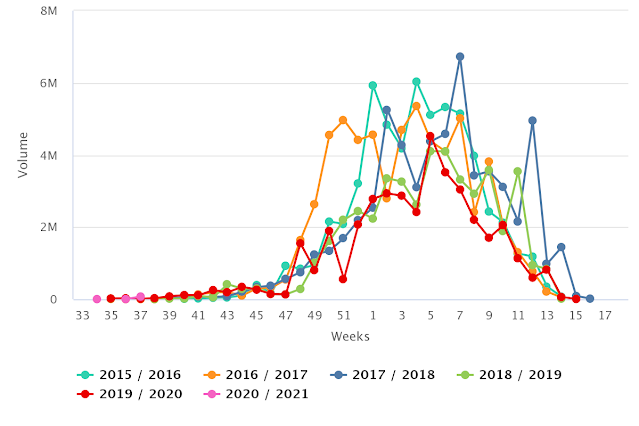 "Although the U.S. continues to be the main destination market, with 50% of shipments, the figures speak of a successful market development plan," Armstrong said.

Regarding the quality of exports and varietal reconversion, the executive director commented that “a significant number of varieties have left the export mix and were replaced by new genetic material with better postharvest life and better productivity"

Armstrong assured that "the push is taking place promoting the quality of the fruit, which starts with a correct selection of varieties"

Projections for the campaign and trends in the blueberry industry

For this 2020-21 season, the Blueberry Committee projects exports of approximately 154,000 metric tons (MT) of fresh and frozen blueberries

“In terms of fresh blueberries, the estimate is just over 111,000MT - very similar to the volumes of the last two seasons, representing a 2% increase over last season," said Armstrong.

Another important growth that the Chilean blueberry industry is having is on the organic side.

"Last season, although the total volume exported by Chile of fresh blueberries decreased 1.5%, organic exports grew 16% and represented 14% of our shipments," he said.

The U.S. is the main market for Chilean organic blueberries. Last season it accounted for 74% of exports and grew by 10%. Meanwhile, 23% was shipped to Europe, but there was a growth of 25%. Canada, for its part, represented 3% and grew by 25%.

"This market segment is growing faster than conventional blueberries and shows great dynamism in North America and Europe," Armstrong said.

"Chile will continue to be a reliable actor"

Regarding the proportion of shipments to the U.S. and Europe over the next few years, Armstrong said it is necessary to wait to see how the supply and demand balances behave

"There is currently a significant increase in supply in the world and, on the other hand, there is also greater demand for this healthy, convenient and delicious fruit in different parts of the world," he clarified.

In any case, he expressed that importers and retailers in the U.S. and Europe must have the peace of mind that “Chile will continue to be an important and reliable player in the global blueberry market".

"We are not in the competition for volume, we are prioritizing taste, the quality of the product and the sustainability of the operations," he said.

Given this, Armstrong said that “although the rising world supply has generated more competition in all markets, the main focus of this new production has been in the periods of lower product availability (before and after the peak weeks of Chile and the countries of the Northern hemisphere, respectively). This has allowed the world to have fresh blueberries consistently throughout the year, and this has been very favorable for increasing consumption and the possibility of developing new markets ”.

He added that "the industry has had to adapt, for example, many producers have renewed their varieties or they have also had to adapt means of transport where shipments by air becoming less common, to name a few."

As in all industries, the Chilean blueberry industry also had to prepare to face the campaign in the context of the pandemic

"From the point of view of the markets, we will continue with our promotional programs in the different destination markets where fruits with outstanding health benefits have marked the preferences of consumers," argued Armstrong.

In addition, they will continue to promote online sales channels, "which had notable growth in all markets and which are perfectly adapted to the blueberry sales format, which are already packed in clamshells of different formats," he specified.