Agronometrics in Charts: Mission Produce IPO and investing in avocados 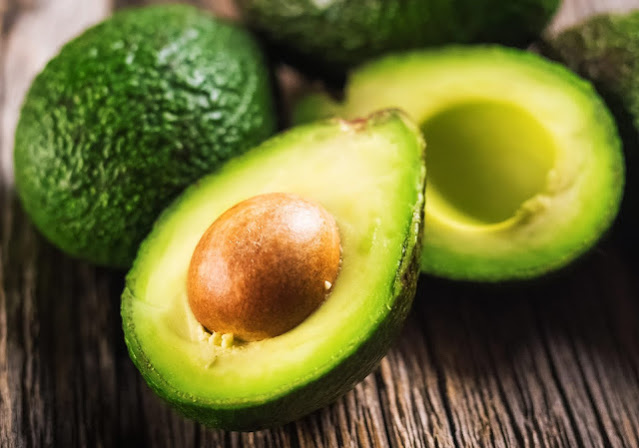 Earlier this month Mission Avocados made news after announcing that they would file for an Initial Public Offering (IPO) allowing the everyday Jo to purchase a piece of this company that features so prominently in our industry. Mission isn't the first avocado company to be listed on the stock market - Calavo Growers (CVGW) made its IPO in 2002.

The question this article poses is if an Avocado company IPO is worth being a part of and if an Avo IPO is like the tech IPO’s that we hear so much about in the news?

Mission got its start in 1983, expanding its operations from humble beginnings in Oxnard - distributing avocados in the LA area - to the world's largest shipper of avocados being one of the early adopters investing in Mexico's Michoacan production. Fast forward through the opening of the U.S. market to foreign production and the opening of international markets and today Mission Produce sits at the center of the avocado industry, selling its products across the Americas, Europe, and China.

How do avocados perform on the stock market?

If the Calavo ticker is any indication of how an avocado company can perform on the market, the outlook is very favorable. Since 2009, Calavos value has outpaced the NASDAQ, more than doubling the index's increase in growth in 2018. Over its entire history to Sept. 11, 2020, the company has seen an increase of 821% in value. Like in 2008, the value of Calavo fell considerably this year in April along with the rest of the stock market, however, sales of avocados have not slowed down, offering an optimistic outlook for the company.

As we have covered before, avocados are a category with incredibly stable growth that has been able to weather the most adverse economic conditions. Taking the stock market crash in 2008 as an example, the chart below shows that volumes were able to grow from 2008 to 2009, setting a new recost that was later shattered in 2010. Pricing has remained relatively stable throughout, even showing a tendency to increase after 2010, despite the everincreasing volumes of fruit.


Prices and Volumes of Hass Avocados 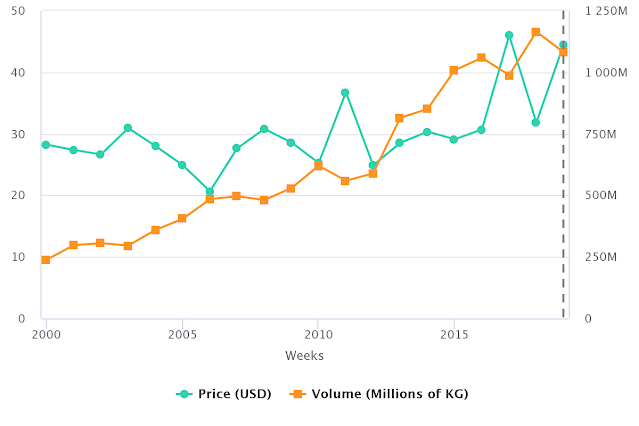 Calavo's value has been able to ride this wave of growth, allowing it to outstrip the other industries in the NASDAQ to receive its well-deserved premium. Although the current value of the stock is closer to the average, which has been pushed up by tech companies are seeing massive profits in the Covid-19 crisis, the fundamentals remain strong. Like in 2009, the value should be quick to bounce back as avocados continue to be one of the most highly prized products in the produce category.

How much further can avocados grow?

The volumes of avocados seem to defy gravity, setting record year after year, but this isn't by accident. The industry has engineered this level of growth through close coordination between the different parts of the supply chain, big improvements in the quality of fruit arriving to consumers - especially with the investments made into ripening centers at destination - and generous marketing budgets that have allowed the different origins to work together to continually expand their market. Avocados are one of the few categories where market share isn't seen as a zero-sum game, but a collaborative effort to entice more people to eat a delicious and nutritious product.

The information available gives cause for optimism. With the industry organized as it is, avocados still have room to grow and their track record speaks to a healthy industry prepared to take on that challenge. This IPO won’t be anything as sexy as a new tech company coming to market with a brand new revolutionary technology that will change the face of the planet. Avocados are pretty much a known quantity, but what they lack in revolutionary-ness they more than make up for in stability, and in a world that seems to be ever on the edge of teetering into another stock market crash, this should give pause for thought.