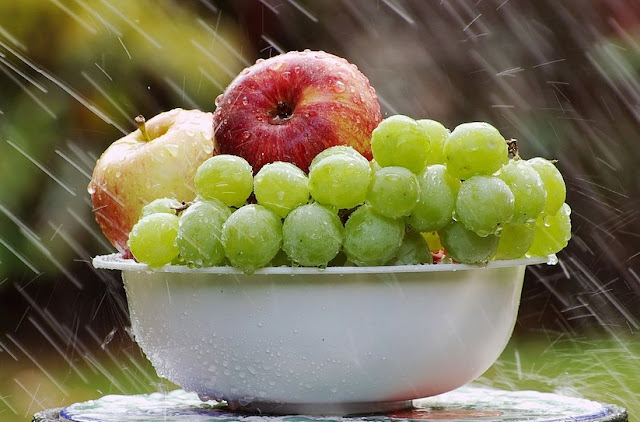 It’s hard to stay on top of what's happening in the news these days. Between mass protests trying to right the overwhelming racial injustices, fires in California, a presidential election, and lest we forget, Covid-19, most people's heads are overwhelmed.

But as anyone who has spent more than a minute in this industry will know, mother nature has an agenda all of her own. Enter Hurricane Laura. As this article was penned, the hurricane was making landfall in Louisiana with a storm surge expected to extend from Galveston, Texas to New Orleans, Louisiana.

As a naturally inquisitive person I wondered how this might affect the imports of fruit we track in Agronometrics. The closest big port the USDA reports on is Houston which declared X-RAY readiness and closed itself off to inbound traffic prior to the hurricane making landfall.

Since 2000, Houston has seen an impressive level of growth, seeing its imports grow to 22m kilos in 2019, with the most important commodities being oranges, mangoes, clementines and avocados.


Imports by Commodity at the Port of Houston (KG) 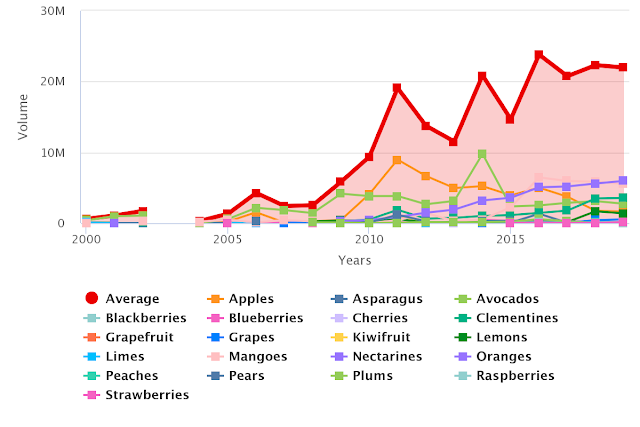 From August going into September, the biggest commodity is oranges, mostly from Chile, with a healthy volume from South Africa. They are followed by apples from Chile and New Zealand, and lemons, also from Chile and avocados from Peru.


Imports by Commodity at the Port of Houston (KG) 2019 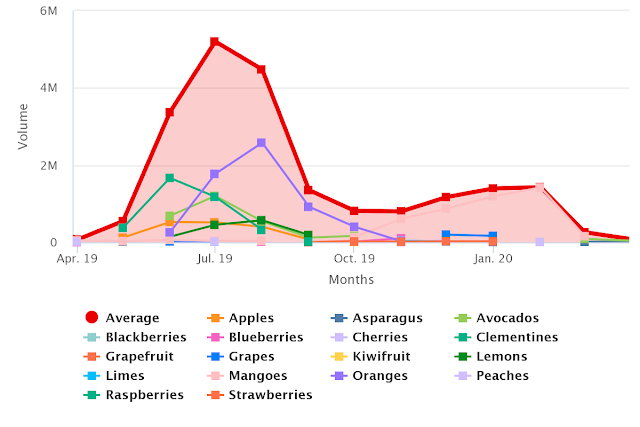 The fresh produce market is flexible and resilient, so if there are any issues with the Port of Houston the wider effects on the industry and on consumers will most likely be limited. Although the Port of Houston has been growing, it is still a pretty small port compared to the rest of the US.

Taking oranges as an example, in July Houston represented only 3.5% of total US imports, being dwarfed by Philadelphia with around 48% of the total volume and Los Angeles with around 29%. The other categories previously mentioned also shared a similar relationship to national imports compared to their respective origins.

Outside of the damage the local area and its populations have taken and damage to the port could have affected supplies of fresh produce, however from the latest news it looks like Houston has been mostly spared by the hurricane with operations returning to normal hours on Friday.