Agronometrics in Charts: Blueberries from Chile and Peru come into Season 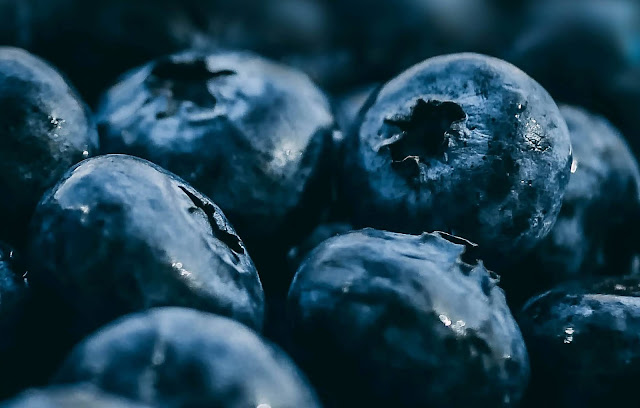 As the northern hemisphere’s blueberry season comes to a close, the US market welcomes Blueberries from South America. Over the last ten years much of the growth of the category has come from southern producers, strategically chasing higher prices that have traditionally been available during the commercial window left outside of North America's harvest. Ten Years ago, the only significant origins in this time period were Chile and Argentina. With the development of new varieties that are able to produce very desirable fruit in warmer climates, production from Peru and Mexico has come to market making blueberries a year round commodity, leveling out price for consumers who have been encouraged to consume more blueberries that at any other period in human history and bringing in considerably higher sales to the category. 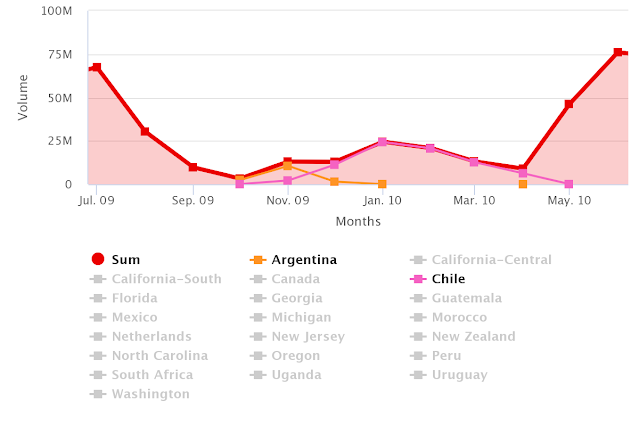 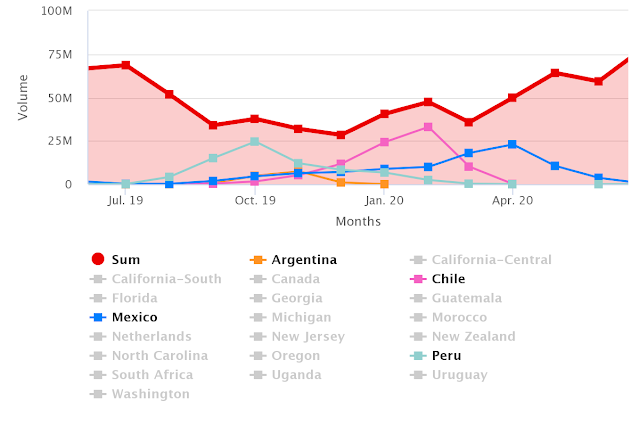 Although there is still room for the southern hemisphere to grow in order to catch up to the volumes that the US sees at the height of its season in july, the additional cost of producing overseas, and the logistics of transporting this fragile fruit are starting to have a strain on margins, with Argentina already reducing hectares considerably and Chile maintaining their current production levels. Most of the growth has been from Peru and Mexico where there is even talk of plantings slowing down.

This said, in newer production regions like Peru, the hectares that were planted in previous years are still coming online with an expected 40% increase in production this year over last. Only half of Peru’s production will make it to the US where they are expecting a 30% increase compared to last year as per Luis Miguel Vegas in his interview with Kasey Cronquist on episode 6 of the Business of Blueberries Podcast.

At the beginning of the season, Peru’s Volumes saw a big jump, only to fall considerably lower than last year's volumes, suggesting that there is still more fruit to come, especially if the origin is going to come through with a 30% increase on last year.


Blueberry Imports from Peru by History 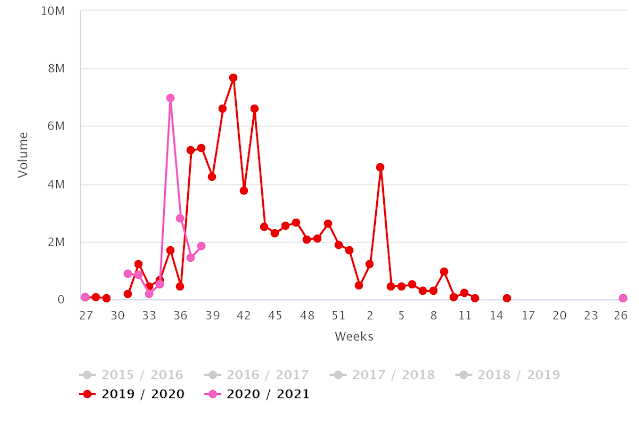 Chile on the other hand is expecting a production level similar last season according to Andres Armstron in his recent article with Fresh Fruit Portal. With increased competition and narrower margins in the US, Chile has been heavily investing in diversifying the destinations to which their fruit is being sent, although the US is still the most attractive market with 50% of their production directed to its shores, the share has dropped consistently over the years, “13% last year and 9% the year before that” said Armstrong in this article.

From week 40 to through the end of the year 80% of the volume in the US last year came from Peru (46%), Chile (19%) and Argentina (14%). As such, adding up the forecasted volumes and comparing them to last year can offer a rough idea of how the market will behave in the coming months. For Peru we will take their shipments from last year and increase them by 30% as was projected by the association, with Chile it would be prudent to keep in mind the 10% reduction in shipments to the US because of diversification that we have seen these last couple of years, using this figure to reducing our expected exports by the same amount. An important part of the market this time of year is also Argentina, who is expected to have a similar harvest to last year. The end result is a combined increase in volume from these three origins of 15% in the US market over the coming 12 weeks. This level of growth is a bit higher to the average growth in retail sales that was calculated in the 2019 IBO State of the Industry Report for this time period, meaning that pricing should remain in line with, or a bit below the levels we saw last year. 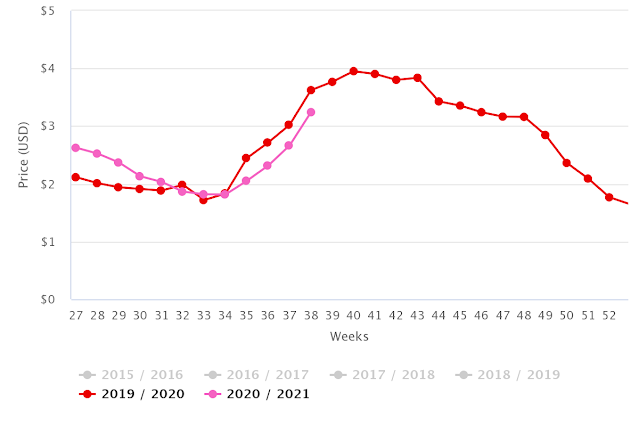